If there’s one contradiction that goes to the heart of why Dutch drugs policy has lost its way, it’s this: that while it’s legal for “coffee shops” to sell cannabis for personal consumption, growing the cannabis they sell is illegal and subject to stiff penalties that have forced production underground.

The result of this wholly irrational arrangement has been to undermine pretty much every significant policy initiative since 1972, when a Labour-led coalition government took the innovative step of focusing public resources predominantly on hard drugs such as heroin and cocaine.

A good example of that skewing effect was that, while legalising coffee shops in 1976 meant effectively decriminalising cannabis, failing to consider where that cannabis could be legally sourced drove the shops straight into the arms of gangsters, who became rich and powerful in the process.

At the moment, drugs are regulated, but by a mafia

“It was crazy then and it’s still crazy now,” one former police officer says. “The cannabis comes to the back door of the coffee shops, where it’s bought illegally, with no tax. Then it’s sold legally at the front of the shop. That’s no solution to anything. It’s simply creating a new problem.”

Prof Pieter Tops – the country’s leading expert on the societal impact of organised crime and author of The Netherlands’ Backyard, an uncompromising 2017 analysis of this extraordinary relationship between the Dutch state and the drugs mafia – agrees.

“This is a schizophrenic situation we’ve somehow managed to live with for 40 years. But no longer. The drugs gangs are increasingly out of control. That inevitably raises the question of whether our policy of tolerance and decriminalisation may have been a fundamental mistake.”

So where does the illegal cannabis that’s sold legally in the country’s coffee shops actually come from? The answer is the biggest open secret in the Netherlands.

The southern Dutch province of Brabant, where Germany, Belgium and the Netherlands converge, is where the bulk of the country’s illegal marijuana is grown – often hidden in plain sight, frequently in remote disused buildings owned by hard-pressed local farmers, many on the verge of bankruptcy.

Not for nothing is rural Brabant known as “the weed shed of Europe”. With a reputation as the gold standard for cannabis, around 80 per cent of what’s grown here is exported to European neighbours, including the UK and Ireland, while the rest supplies the coffee shop network at home. 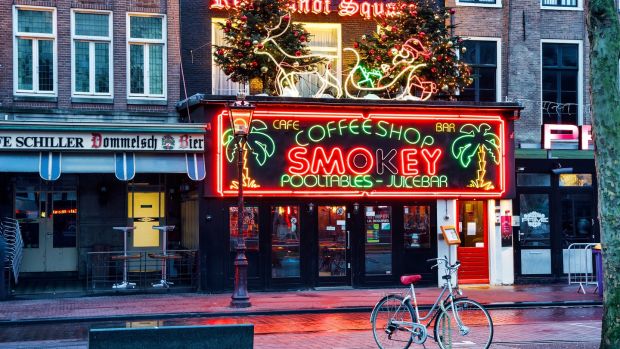 Such is the scale of the business locally that in the pretty university city of Tilburg alone the cannabis industry generates around €800 million annually and “employs” 2,500 local people in “cannabis-related activities” every day, according to a 2016 study of what’s intriguingly become known as “illegal entrepreneurship”.

Experts at Statistics Netherlands put the overall value of this illegal weed economy – in so far as it can be calculated at all – at some €4.8 billion a year.

And, of course, given those flourishing criminal networks, it’s no accident that Tilburg has also emerged simultaneously as “the ecstasy capital of the world” where the manufacture of synthetic drugs, including a whole range of designer amphetamines, generated nearly €20 billion last year.

All of which means that the tiny Netherlands now has the dubious honour of being one of the largest illicit drugs economies in the world – with neither the will nor the wherewithal, it seems, to challenge the bad guys who make this already-wealthy country so much money.

It’s this type of relationship between the Netherlands and its criminal underbelly – known as the penose, slang from the old Bargoens language of 17th-century Amsterdam – that has led the main police union, the NPB, to describe the country as fundamentally “a narco state”.

In similar vein, Max Daniel, a former head of the Netherlands’ organised crime unit, observes: “We’ve been brought up in a society that believes cannabis is not something criminal. So everyone says, ‘It’s only cannabis’. But the fact is that cannabis trafficking is involved in almost all major criminal investigations involving murder, weapons and drugs.”

For those who see it this way – and there are many more since the murder last year of lawyer and father-of-two Derk Wiersum (44) due to his involvement in a high-profile drugs case – politicians have abdicated their responsibility by failing to tackle the drugs barons who are now enjoying what De Telegraf newspaper recently called “a new Golden Age”.

“At the moment, drugs are regulated, but by a mafia,” says retired lawyer Raimond Dufour, chairman of the Netherlands Drugs Policy Foundation, which advocates legalisation of all drugs, including cocaine, heroin, amphetamines and ecstasy.

“What we propose is that government should make the rules, and that drugs should be regulated by law, including their quality, cost and supply. That would not alone save lives immediately, it would ultimately put the criminals out of business.”

Even in the Netherlands the legalisation of hard drugs is never going to happen, of course.

What is on the verge of happening, it seems, is that finally – 40 years on from the reforms of the 1970s – there are now moves at government level to find a more sensible way to supply cannabis to coffee shops without subsidising criminality.

The Rutte government has set up a four-year pilot scheme in 10 cities under which, starting next year, 79 coffee shops – 14 per cent of the total – will be supplied by officially regulated cannabis producers, allowing the authorities to monitor the type, quality and strength of what’s on offer.

A number of problems have already been identified, particularly the fact that the four main cities, Amsterdam, Rotterdam, The Hague and Utrecht are not involved in the trial because initial soundings indicated it would be too difficult to get each and every coffee shop to sign up.

Another problem is that the trial will not allow the coffee shops to sell imported hashish, which makes up around a quarter of their sales. Similarly, it will have a limited number of varieties of marijuana and hash on offer, and this could lead to other types being sold on the street.

In addition the Council of State, the government’s highest advisory body, warns that, as it stands, the pilot will not be broadly based enough to allow any hard and fast policy conclusions to be drawn from its findings.

Even so, Paul Depla, mayor of Breda, one of the towns taking part, says rational change is long overdue.

“Coffee shops have been in an impossible situation. If they were bars, it would be like being told: you can sell beer at the counter but brewing it is illegal. After 40 years of an inconsistent and half-hearted tolerance policy, it’s time to wave goodbye to this madness.”

Many believe that if it’s successful, the scheme will lead to the legalisation of both cannabis and cannabis production – with the extraordinary bonanza that would mean for Dutch tax coffers.

It would allow the Netherlands to compete on the international market for the first time with countries such as Canada, South Africa and the US, where cannabis is legal in 11 states, and perhaps sooner rather than later with Luxembourg, Switzerland and Malta, where changes are already afoot. 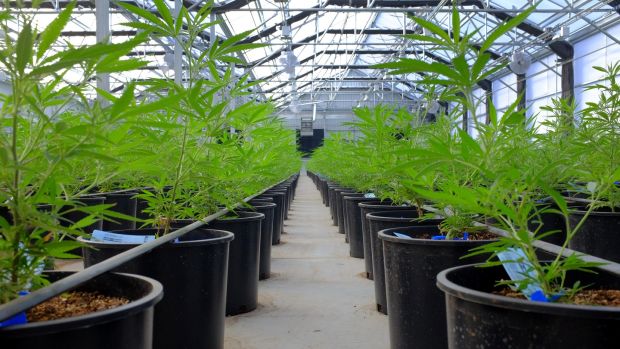 Even as things stand, legal cannabis sales in Europe have the potential to grow 100-fold to €35 billion a year by 2024, forecasts Prohibition Partners, a UK-based consultancy that describes itself as “the voice of the cannabis industry”.

In regional terms, this would make Europe the world’s largest legal cannabis market – with the Dutch as the undisputed market leaders.

After all, says Esther Brans, who was born in the Netherlands and who is now creative director of Tumbleweed Dispensaries in Colorado, a chain of seven shops selling seeds and other cannabis edibles, the Dutch have the strongest “national brand” when it comes to the marijuana industry.

“A Dutch connection gives legitimacy to a cannabis product, a kind of sexiness. People think fashion from Italy, cars from Germany – and weed from Holland.”