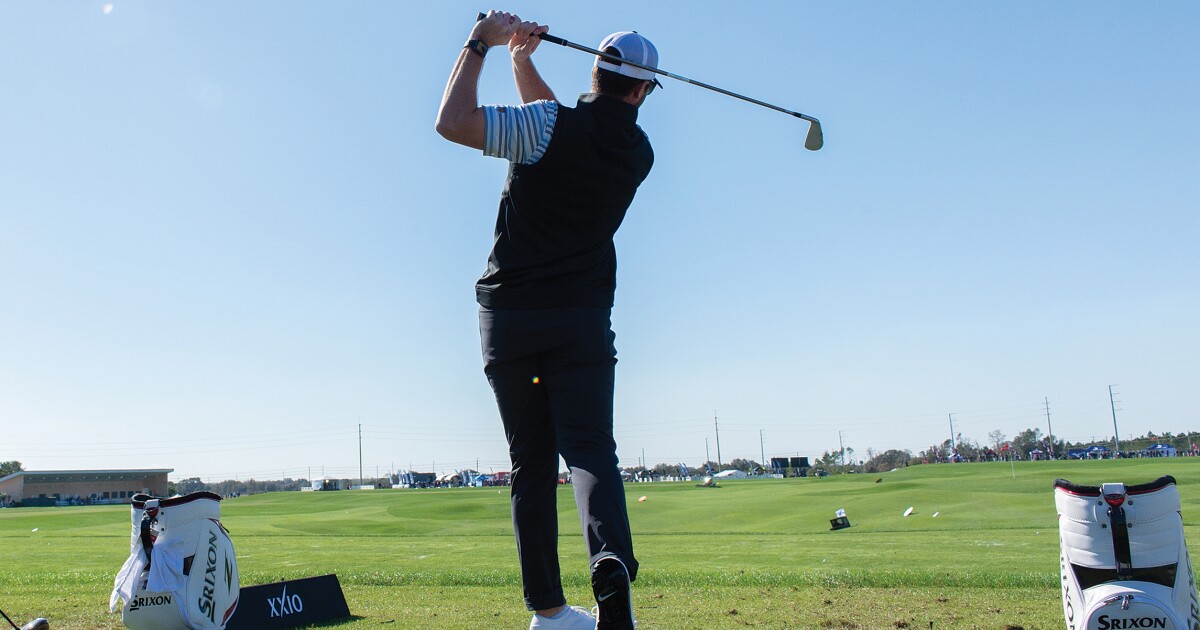 Webb might have been able to achieve that Zen-like state as he holed putts blindfolded, but the rest of us need something more. It is that never-ending quest for lower scores that brings some 40,000 people to Orlando, Florida, the third week of January each year for the PGA Merchandise Show. Golf companies use the show to tout hot drivers that add a few more yards, easy-to-hit irons that launch the ball higher and land it softly near the pin, and custom-fit putters that combat yippy strokes.

This year, much of the excitement on the show floor emanated from the sprawling booth of Callaway Golf, which has pushed golf technology to a whole new frontier: artificial intelligence. The company’s commitment to machine learning in recent years has culminated in the Mavrik product line, which could reshape the way golf clubs are made.

“I think when you come back next year, it’s not going to be a small handful, it’s going to be a bunch of companies claiming that they’re using artificial intelligence and machine learning to create better products for the golf industry,” said Casey Alexander, an industry analyst from Compass Point Research & Trading LLC. “I do believe that Callaway has an incredible lead time as it relates to using artificial intelligence to create innovative golf equipment that is likely to perform better for a larger number of people.”

Envelope-pushing technologies were also evident in training aids. Golf, like other sports, has embraced analytics, opening the door to startups such as Rapsodo, whose Mobile Launch Monitor allows golfers to track shot distance, ball and club speed, launch angle, and shot direction, then transmit that data to their swing coaches. It even processes payments.

“The Peloton-ization of golf is real,” said Art Chou, general manager of Rapsodo, referring to the explosion in remote training pioneered by the company Peloton.

“I’ve been in consumer products my entire career, and this is the biggest white space I’ve ever seen,” said Barney Stacher, chief revenue officer for High Falls Hemp NY, which touts its “seed-to-soul” philosophy.

Stacher calls CBD, a nonpsychoactive cannabis extract, the “anti-opioid,” the sort of consumer product that appeals across the demographic and political spectrums. Indeed, CBD companies have quickly secured endorsements from PGA Tour stars, who tout benefits such as improved sleep and reduced muscle fatigue and anxiety on the course, and many old-school country clubs are selling the products to their aging memberships.

The PGA Merchandise Show mirrors the industry’s health. Twenty years ago, when around 30 million people in the United States played golf and sales of game-changing titanium drivers were booming, the 1.1 million-square-foot West Concourse at Orlando’s Orange County Convention Center simply wasn’t big enough to contain the industry. Smaller, overflow exhibitors set up booths in the hallways and at a hotel across International Drive, hawking shirts, training aids, and accessories in a raucous, flea-market bazaar environment. Major equipment brands (which at the time were Wall Street darlings) blasted music all day, hired models to coax golf pros and retailers into their booths, and hosted lavish parties late into the evening.

These days, the West Concourse comfortably houses the PGA Merchandise Show, with plenty of excess space to spare. That’s indicative of the fact that the number of U.S. golfers has fallen nearly 30% over the past 20 years, to slightly less than 21 million. Perhaps most concerning for the game’s future, participation continues to decline in the 18-34 demographic, according to industry analyst Jim Koppenhaver, whose annual presentation is a must-attend for show attendees looking for a clear-eyed assessment of industry fundamentals.

Koppenhaver, president of Pellucid Corp., saw some hopeful signs that golf’s decline is beginning to level off, though he worried that there still are too many golf courses chasing too few golfers.

“If we stay at 432 million rounds (annually in the U.S.), we still need to shed another 1,000 courses to get back to equilibrium,” Koppenhaver said.

“Everybody’s numbers are up,” said Sam Baker, founder of Haversham & Baker, a luxury tour operator. “If we don’t sell another golf tour for 2020, we’ll still have the biggest sales year we’ve ever had. And I hear that throughout (the industry). I think the simplest explanation is that the economy is absolutely booming, and there is money to spend.”

So golf has that going for it, which is nice.

Martin Kaufmann has covered sports for more than two decades, including 16 years as senior editor at Golfweek.