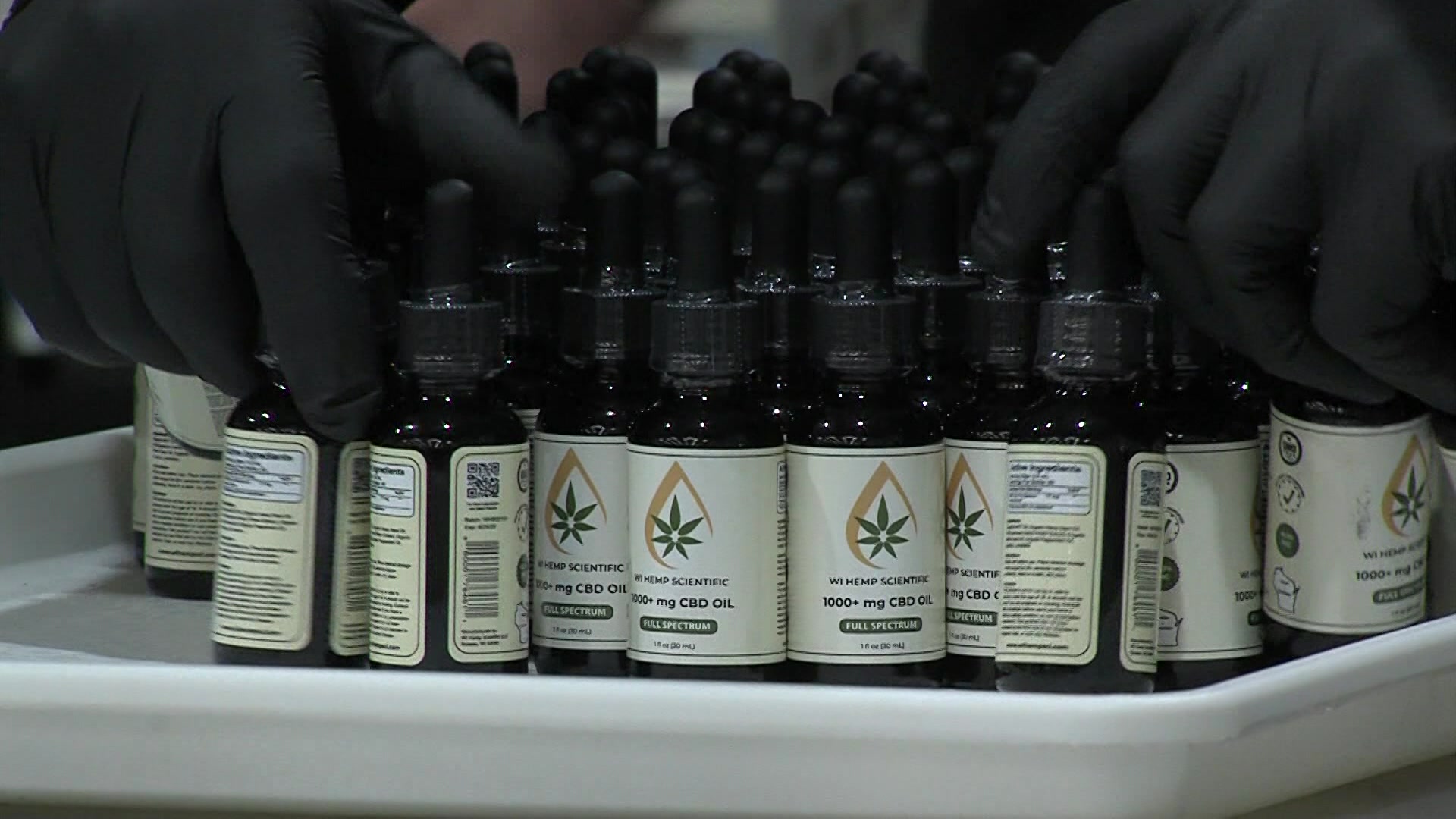 MILWAUKEE (CBS 58) –CBD oil and products continue to be a booming industry in Wisconsin and across the country, but regulations are lagging behind, causing some dangers when it comes to production.

Making CBD oil involves chemicals that are dangerous not only for the people making it, but also for consumers. Right now, a lack of regulation means pretty much anyone can try to make it if they want.

There are several different ways to manufacture CBD oil. The founders of Wisconsin Hemp Scientific, who have backgrounds in chemical engineering, spent months studying and perfecting their technique.

First they soak the hemp in ethanol. Once the hemp is done soaking, the ethanol is boiled off, leaving behind the CBD oil.

While the process isn’t overly complicated, experts say it can be dangerous if you aren’t properly trained and don’t have the right equipment.

“Some labs will use butane, which is not good to consume in any quantity,” said Andy Gould, one of the founders of Wisconsin Hemp Scientific. “So if there’s a trace amount of it left in your extracts, it’s not good, and butane is also very, very explosive.”

Because CBD oil isn’t classified as a food or supplement, or closely regulated yet, there are not set safety standards for the labs where it’s made.

In November, an explosion caused severe damage to a CBD production facility in Kentucky, and firefighters had to use caution because of the chemicals.

In Wisconsin, all you technically need to make CBD oil is a processors license.

“That’s a pretty low threshold. So we have to do the…the background check, but we have to — basically, it’s a $100 licensing fee,” said Brian Kuhn with the Wisconsin Department of Agriculture, Trade and Consumer Protection (DATCP).

“The labs where it’s being produced, what standards are they held to when they’re processing?” CBS 58 Investigates asked.

“Like you say, there are no standards, other than kind of the labeling requirements,” Kuhn said.

UL Labs in Illinois tests laboratory equipment and is working to create safety guidelines for the CBD Industry.

“No one should be doing this at home,” said Ken Boyce with UL Labs. “It’s extremely unsafe.”

They showed CBS 58 Investigates just what can happen when a lab is using faulty equipment. They placed a defective piece of equipment into a test chamber and demonstrated the type of explosion that can occur.

“The type of equipment that’s used for CBD extraction creates a hazardous environment,” said Milan Dotlich with UL Labs. “This creates hazards to health for some of the chemicals we use, and also for explosion hazards, and that’s what we test here at this lab.”

UL Labs is in the final stages of establishing national standards for the United States and Canada. However, they will be recommendations, not mandates, unless the FDA or another regulatory agency sets formal standards.

In the meantime, the team at Wisconsin Hemp Scientific says they’re not waiting for formal guidelines, and working to get their GMP and ISO certifications.

“GMP stands for good manufacturing practice and ISO is just like lab certification,” Gould said. “Essentially stating that you’re doing good laboratory practices and adhering to standards that you’ve set for your lab.”