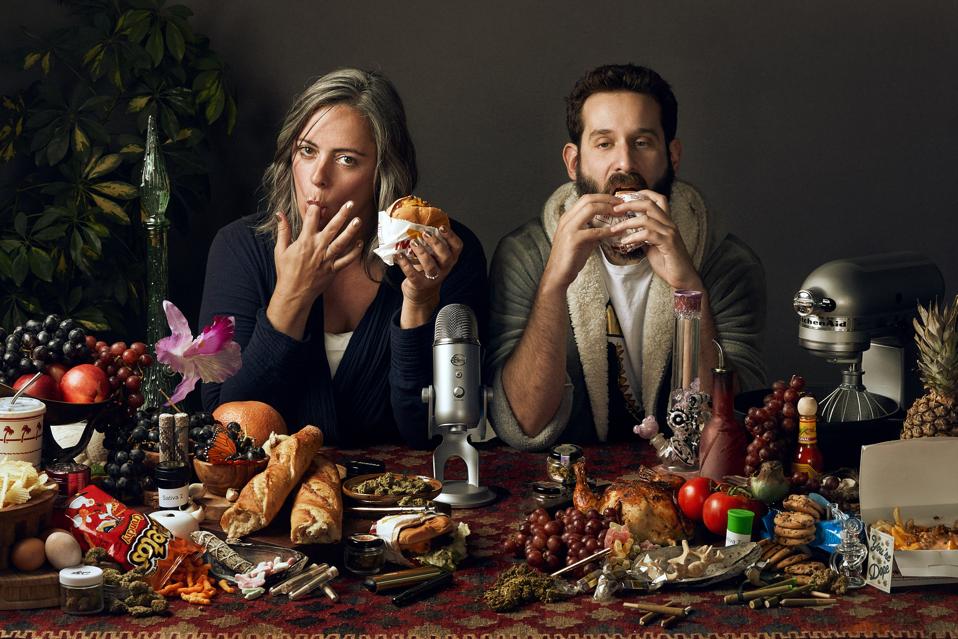 The first time I laid eyes on Mike Glazer and Merry Jane Gibson I just liked their faces.

I was not particularly interested in their podcast, though. Not because of the hosts, both of whom are very cool people, but because (being honest) I find podcasts boring. This even applies to those where I’m a guest, as well as to the one I host: I just don’t like them.

But, they say, it takes only one good experience to change one’s mind. For my partner, it took one perfectly charred, whole fish we tried at a restaurant in Argentina last night to get over her dislike of seafood. For me, it was Weed+Grub, among a few other great podcasts, that helped me get over my prejudiced view of audio-only, non-musical entertainment.

‘A Lunch That I Didn’t Want To End’

“Mike and I hit it off over a lunch that I didn’t want to end because I liked talking to him so much,” Mary Jane (and yes, that’s her real, given, birth name) reminisces, when asked about her special rapport with Mike, who you might remember from the show Worst Cooks in America or last summer’s Dunkin Donuts Coolatta campaign  – or maybe from that time BuzzFeed got him stoned and surprised him with a sloth.

Mary Jane remembers that first encounter with the now Emmy-nominated comedian vividly. They were stoned out of their minds and eating great food. Neither of these things would come as a surprise to anyone even mildly familiar with them.

But this was their light bulb moment: “We realized that that’s all you need in life. Weed and grub.”

And there it was. Voila: le podcast!

A lot has happened since, but Mike and Mary Jane’s essences have not changed, same as their love for good weed and fantastic food.

Now, let’s take it back a bit, to the moment when the not-yet-friends discovered the good herb.

“I got into it because it’s amazing,” says Mike, unhesitant, when prompted about his love of Mary Jane (no, not his co-host, but the plant). “It helps me love me.”

He asks: “Have you ever had plans to meet a friend for lunch, tried on nine different outfits, hated them all, and canceled because you’re crippled by the idea of eating a sandwich in public?” 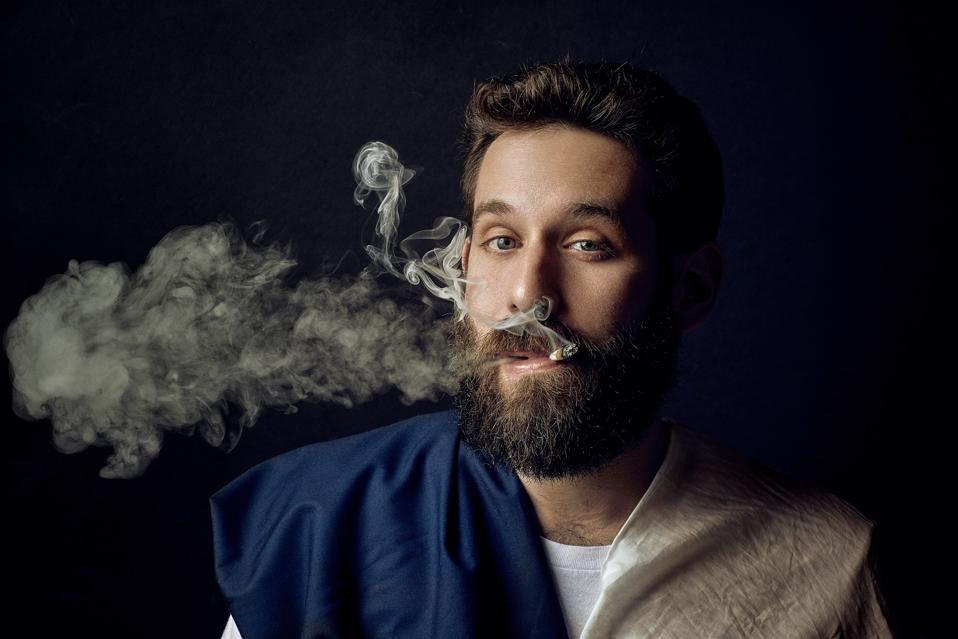 Well, weed helps Mike not be like that. It’s that simple.

For Mary Jane, it’s less about self-love, and more about loving others and connecting with others. That’s the beauty of cannabis: it can mean very different things for very similar people.

“No matter where you are in the world, if you find someone to smoke with, you’re at home,” she voices. “Cannabis is the great connector.

“If I’m writing about weed, I’m really writing about everything. If I’m smoking a joint with a new friend, it becomes a cornerstone for the best conversation. It’s a plant that makes everything better — including my sore elbow (from writing, and passing joints).”

One thing I always like to ask is: how the hell does one score a dream job like food critic or pot-caster? 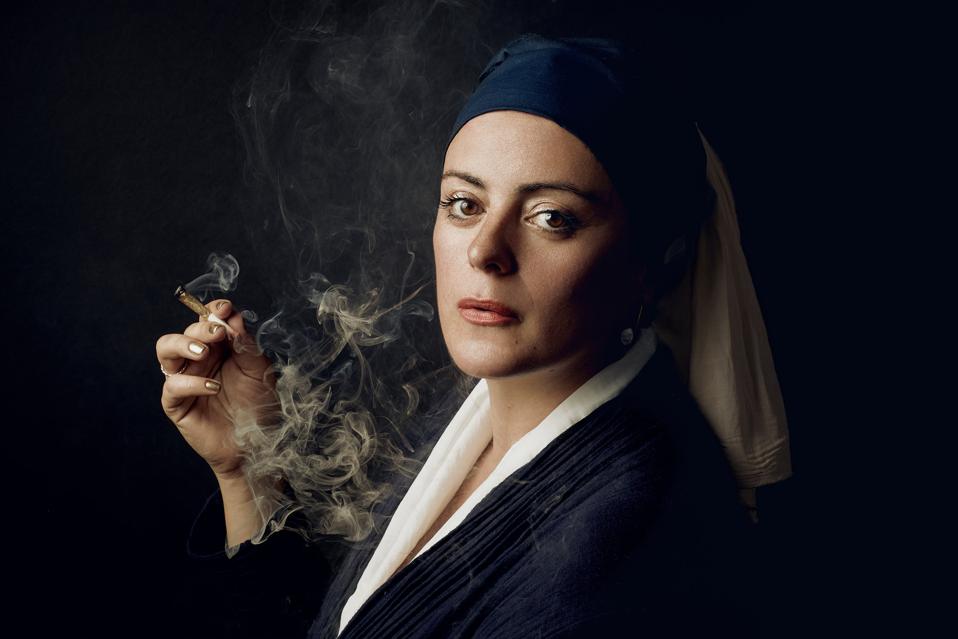 The answer tends to involve passion, dedication, and (honestly) loads of luck and good timing.

For Mary Jane, the ultimate dream was to work for herself. And in Mike she found the perfect business partner.

The dynamic duo is now even considering an offer for a book deal, they disclose.

“It would be even harder if we didn’t have people in our lives like our publicist Zoe Wilder,” Mike adds.

But for real, what’s in the secret sauce? Don’t dodge the question – I tell them.

Mike, always carefree, instead advises you should do “whatever you want because no one cares.

“Everyone’s doing their own thing so follow your heart, trust your gut, and just start making stuff. You can’t get anywhere if you don’t start going.”

Spill The Beans (And Then Eat ‘Em Because… You Know… The Munchies)A decent number of big time celebs have gone through Weed+Grub, from Jim Belushi to the one-and-only Tommy Chong.

“The best thing about our format is that we can talk to anyone about anything,” says Mary Jane. The team has had guests who don’t smoke, like Trixie Mattel or Tom Ruegger, the creator of Animaniacs. But also, more expectedly, legendary blazers like David Crosby. However, they add, refusing to share all of the hot goz, some of their favorite episodes featured non-celebrities like Brad Bogus. 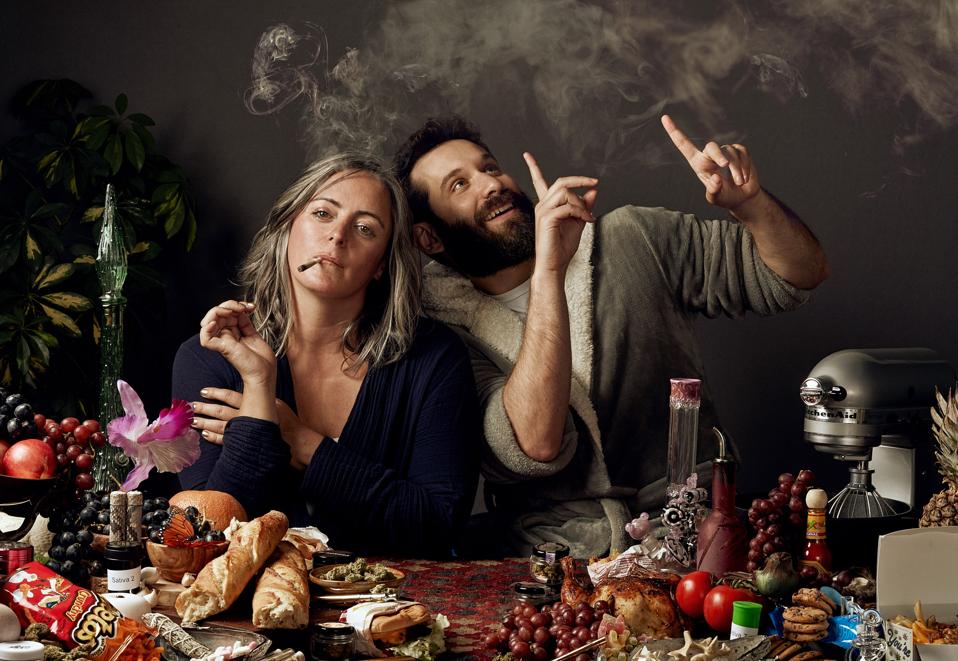 And now, for the plugs – because why not:

Last, but not least: a dream project. 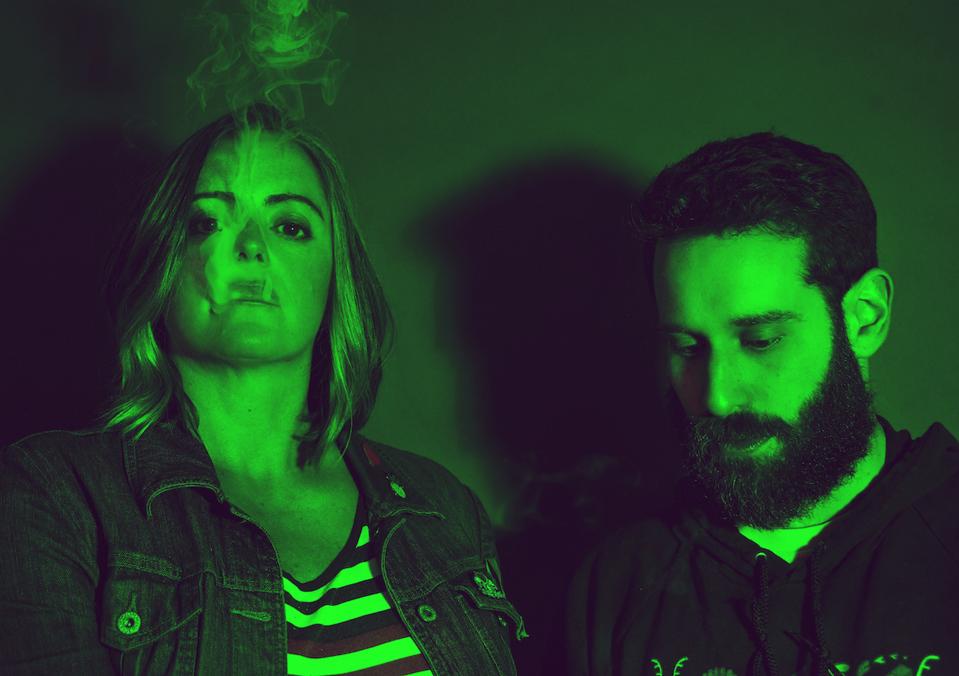 I ask: If you had an unlimited budget to execute on one super-creative project to help cannabis legalization move forward, what would you do?

“Buy every jail, and let everyone out who’s imprisoned for cannabis related non-violent offenses. Then, expunge their records, and give them housing and well-paying jobs so they can start this new chapter of their life on the right foot,” Mike answers.

For Mary Jane, it’s all about the hempire.

“I’d build a palace from hemp, fill it with hemp furniture, install a state-of-the-art sound system, put overflowing bowls of cannabis and excellent snacks on tables everywhere, turn on the music, and open the doors to the general public for free,” she concludes.