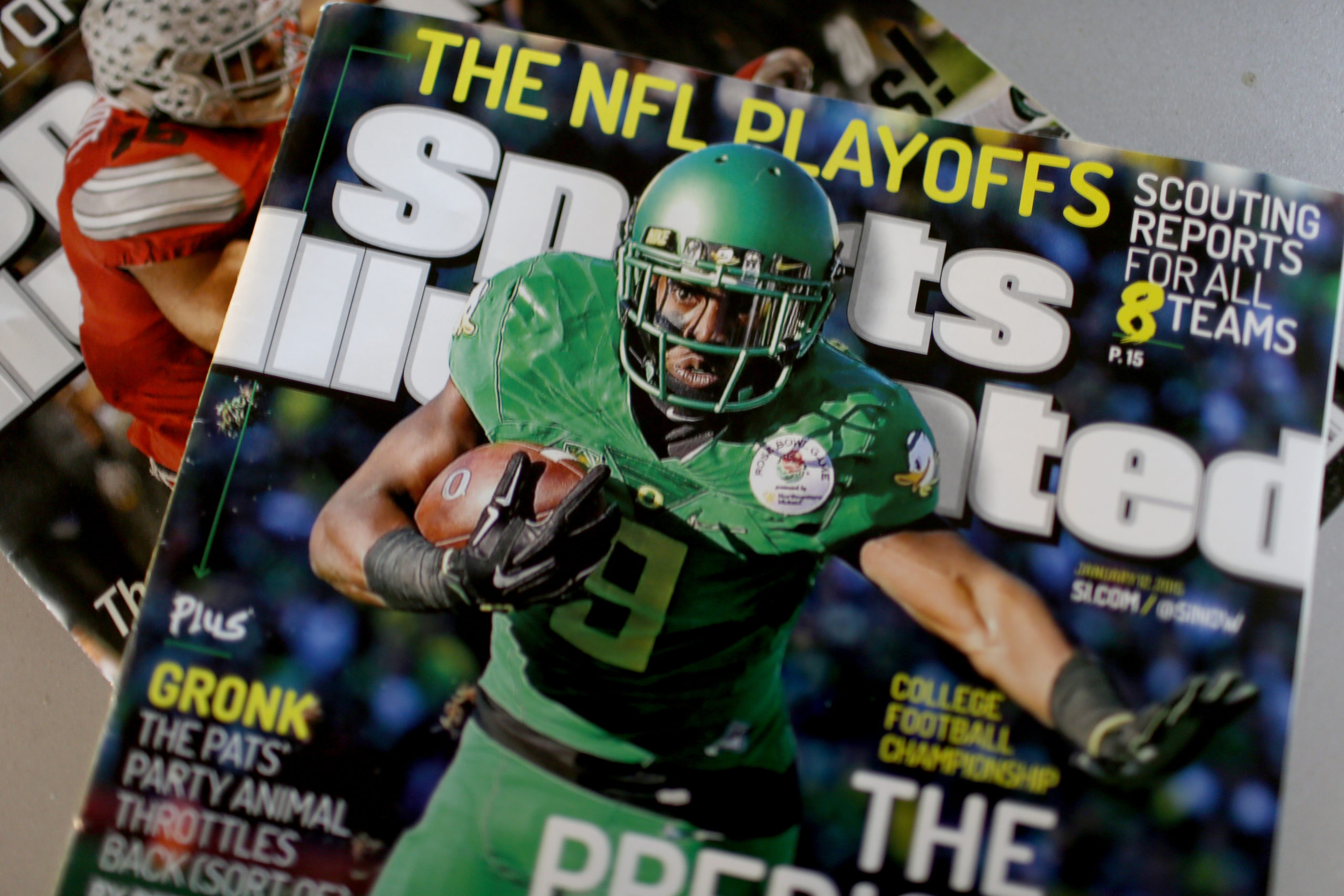 Sports Illustrated, once known as a pillar in sports journalism, has been in flux since Authentic Brands Group overtook the company in 2019. As it laid off 40 employees in October 2019 and changed its model, Sports Illustrated has aimed to lend its brand to potential suitors.

Last week, the company announced its first major brand collaboration: A partnership with a CBD company to create its own Sports Illustrated-branded products.

The move follows ABG’s model to become the next Disney as it looks for new ways to monetize SI’s name, but experts and journalists think using Sports Illustrated as a driver in the CBD business is off-base from what the company has always been: a highly respected sports magazine.

“It was strange to see,” said Bailey Carlin, a former associate social media editor at Sports Illustrated. “I worked at SI for a little over a year. It’s not something I would have ever expected.”

Partnering with brands was expected when ABG took over, but some have expressed confusion around its first business venture being associated with CBD, a sometimes controversial product. The SI-named recovery cream is legal in all 50 states and available in CVS and Walgreens stores, according to Sentia Wellness President Angelo Lombardi.

“Wealth and wellness has a strong overlap with athletes, professional and amateur,” Lombardi said. “And what we were looking for was a brand that had strong trust and connection with those athletes.”

Sports Illustrated is adamant that its journalism sector will not be influenced by CBD commerce. Authentic Brands Group declined to comment for this story.

After a 2018 FEC filing concluded “the company does not have sufficient resources to fully fund its business operations through June 30, 2020,” Maven took over 10-year publishing rights of SI for $150 million. Under their new management, employees quit on their own after a series of embarrassing incidents were revealed to the Washington Post — a high school writing unpaid NFL coverage, a false scoop of a college coach’s firing, among others.

Its latest surprise in joining the CBD market could be the new normal for Sports Illustrated under ABG, said Aileen Gallagher, a former New York Magazine Editor and Director of Magazine, News and Digital Journalism at Syracuse University.

“I don’t think their credibility as a journalism organization is of particular importance to them,” said Gallagher. “So I’m not surprised that they did it.”

Authentic Brands Group CEO Jamie Salter envisioned Sports Illustrated’s name attached anywhere from medical clinics to sports-skills training glasses to the gambling, as reported by NBC News story in May 2019. “We always stay close to the DNA and the heritage of the brand,” Salter was recalled saying in the story. “Granted, we will go beyond, but we will always remember sort of how we go there.”

The strategic partnership between SI and Sentia Wellness was done to “continue to expand the Sports Illustrated brand and create trusted, high-quality consumer products,” per a press release.

The CBD sports market is wide-open, according to Paul Seaborn, an Assistant Professor at the McIntire School of Commerce at the University of Virginia. There’s interest across professional leagues for more CBD products based around competitive recovery, he said. Some of its biggest advocates include former Pro-Bowl tight end Rob Gronkowski and 16-year NBA vet Al Harrington.

Seaborn speculates it’s because of state-by-state marijuana laws, but “no one’s really caught on to that sports market at this point,” he said.

The products will come in 500 Mg sizes as limited-edition recovery creams. Samples made their debut on Feb. 1 in gift baskets at SI’s Super Bowl party. SI and its older subscriber base of magazine readers may be looking for a younger audience to use its products, Seaborn said, but the move is still “unusual.”

“I’ve never really viewed them as an edgy company,” Seaborn said. “The new owners, if you look at their portfolio brands, it’s not as out of character as it would have been before … but there is something unusual about a media company associating themselves with products.”

When the product’s launch was announced last Friday, subscribers, journalists, and former employees flocked to social media to make sense of the move.

David Gardner, a staff writer at Bleacher Report, called it the “latest move to piss on Sports Illustrated’s reputation.”

Authentic Brand’s latest move to piss on Sports Illustrated’s reputation is to sell a line of CBD productshttps://t.co/9uVPsiFEEA

The following thread is VERY personal for me.

I absolutely love & support how @SInow is getting into CBD!

I suffer from Spondylolisthesis. My lower back has caused me immense pain, tingling down my legs, numbness, aches etc…

Others are still wrestling with the product, though. The CBD audience can be vast and the sports market is untapped, like Hamilton said. But to Gallagher, the brand licensing deal still seems a little out of the blue.

“The thing about it that’s so absurd to me is that Sports Illustrated isn’t even a wellness brand,” Gallagher said. “It’s a spectator sports brand. It’s not even a participatory sport.”

Since 2016, Sports Illustrated has produced several stories involving CBD, including “How cannabis is helping one company research treatment of CTE” and “The Ugly End of an All-Pro Career, the Uglier Start of a Life After Football.”

It is unclear if Sports Illustrated will include a disclaimer of its CBD products in stories involving the hemp plant in the future.

“They’re definitely some journalists that are doing great work and I hope it shines through,” Carlin said. “I hope they continue to fight the good fight. On that end, they’ll try to keep that truth.”

Sentia Wellness plans to unveil more products under the Sports Illustrated name as they widen distribution. While several experts believe this partnership would have never happened under Warner Media, SI’s former ownership group, Lombardi said she doesn’t believe changing views of Sports Illustrated under new management will affect the product.

“They’re clearly trying to turn SI into a wellness brand and into a younger brand,” Gallagher said. “That’s a big leap from where they are now.”

Have a tip we should know? [email protected]