One in 20 adults would take cannabis on a regular basis if it were legalised, similar to the number of people who currently use it, according to a poll for a leading mental health charity.

A YouGov poll conducted for Rethink Mental Illness found that 5% of all UK adults would take cannabis at least once a month or more if it were legal. This increases to nearly 10% for people aged between 25 and 44. In total around 2.7 million UK adults would use the drug regularly.

These findings suggest little would change in the use of cannabis if legalisation were introduced.

Latest figures from the Crime Survey for England and Wales reveal that 7.6% of adults, aged 16 to 59, took cannabis in the last year – 2.6 million people. Rethink, which has long raised concerns about the links between cannabis use and psychosis, now believes the current law criminalising the drug is not working.

It acknowledges that the UK may, in time, follow other countries in introducing legalised cannabis but it wants politicians to consider the effects of this on people most vulnerable to psychosis – those aged 16 to 25 and people with a mental health illness.

Rethink says that while it recognises there are “strong arguments for a change in the law”, it wants to see a more concerted effort to determine if the overall level of public harm would increase if cannabis were legalised. 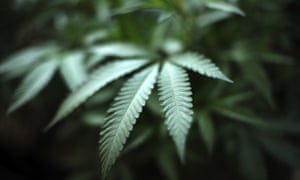 “We recognise the problems with the current law,” said Brian Dow, Deputy CEO of Rethink. “Despite cannabis being illegal, it remains one of the most used drugs in the UK. Its potency is increasing, meaning more people are potentially at risk of mental illness. In seeking to overcome the current problems of criminalisation, we must guard against inadvertently creating a public health emergency.”

The charity is calling for more research into the effects of a change in the law. This would include education about health risks and measures to regulate the potency of cannabis on the market. Dow said: “The needs and unique risks to people severely affected by mental illness must be at the heart of any conversation about the future direction of cannabis policy in this country. We need more research, evidence and education before any significant decisions are made.”

A particular concern is the use of high potency cannabis, or “skunk”, which increases the risk of developing psychosis. Psychosis can be a symptom of mental illness, including schizophrenia and bipolar disorder.

Sir Robin Murray, professor of psychiatric research and chair of the Rethink Mental Illness Clinical Advisory Group, said high potency cannabis was responsible for a third of all new patients in London being diagnosed with psychosis. “This is a clear indicator that our current system is not working,” Murray said.

Many pro-legalisation groups argue it would see the potency levels capped, reducing harmful effects, but Murray is dubious. “In the US, states that have legalised cannabis for recreational purposes have seen an increase in the use and potency of cannabis, and even more cannabis-related problems.”Simon Gray, who has bipolar disorder, blames his cannabis use in his late 20s and early 30s for the deterioration of his mental health which led to him being sectioned. “It was hard to ignore the fact that many of the people in hospital with me also had a history of using cannabis,” he said. “This issue isn’t going to go away. There are reasons why people enjoy using cannabis, but we should educate people more about the potential risks.”