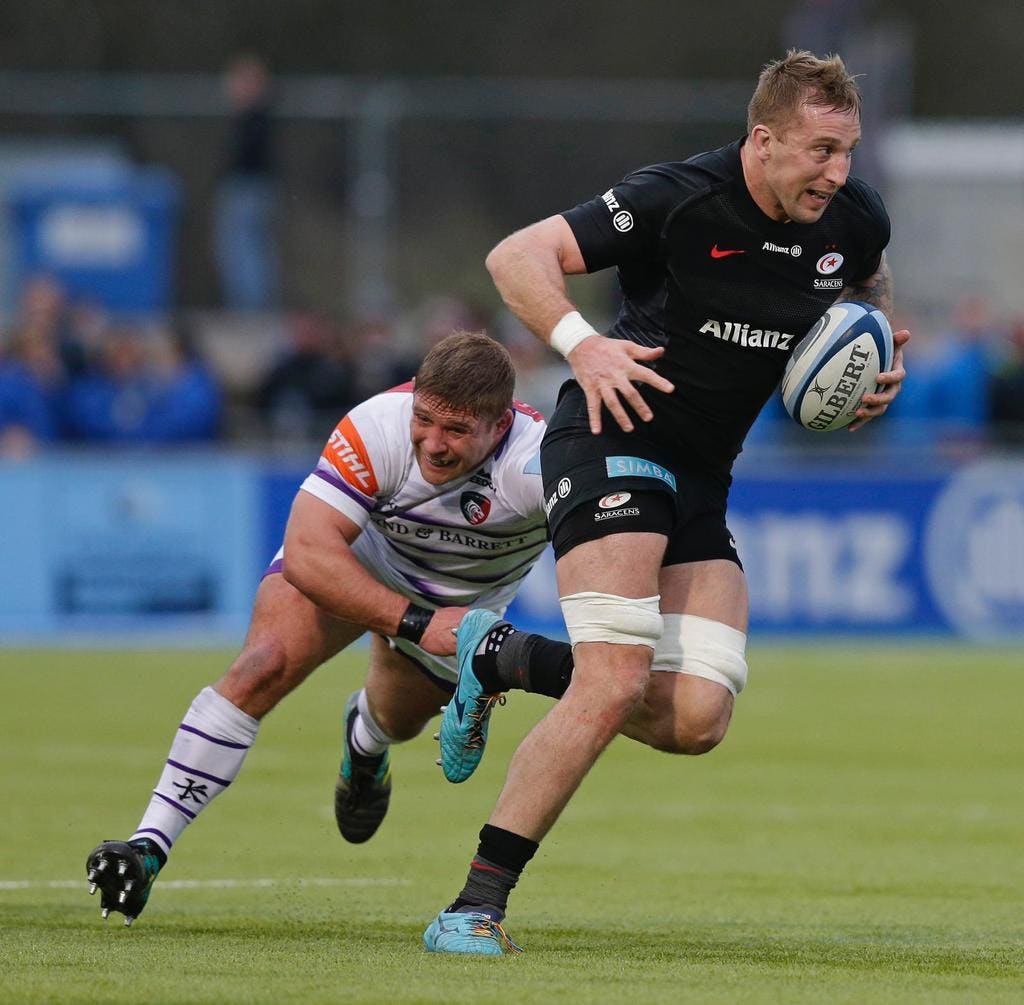 Iris DorbianContributorOpinions expressed by Forbes Contributors are their own.

I cover the business of cannabis.

When the UK legalized medical cannabis in 2018, long-time professional rugby players Dominic Day and George Kruis saw this milestone as an opportunity to give back to the community that had nurtured and sustained them both. Mindful of the harmful pervasiveness of opioid use in their beloved sport, Day and Kruis co-founded fourfivecbd. Headquartered outside London, the business, which officially launched January 1, 2019, offers a wide range of CBD products as natural alternatives to athletes suffering from injuries and overall aches and pains. Last year, fourfivecbd generated annual revenue of “single digit millions” (as in pounds), enjoying a 50% growth month by month. The forecast for the end of 2020 looks even rosier—“double digit millions.” Currently, fourfivecbd has secured 500,000 pounds in funding and are working on raising an additional 500,000 to 600,000 pounds.

But it hasn’t been smooth sailing. The nascent medical cannabis market in the UK is still in flux, with medical prescriptions hard to access. Also, Day admits he and Kruis were initially ill versed when it came to simple business necessities, such as branding. Fortunately, experts were able to help get them back on track.

Recently, Day, a Welsh native, spoke about the triumphs and travails of launching a CBD business. He also discussed an exciting development that will take the business from an online operation into brick and mortar stores.

This interview has been edited for conciseness and clarity.

Dominic Day: We target anyone who’s involved in sports or anyone who wants to stay active. There are a lot of people who work 9 to 5 or want to go for a jog after work or play squash. Anyone who has an active lifestyle.

Dorbian: Do you mostly sell online or do you also have a presence in stores?

Day: We’ve just signed a deal with one of the major pharmacies in the UK. In the next couple of months, we’re going into 100 stores, which is brilliant. So our target market in terms of retail is pharmacies, health markets and sports clubs.

Dorbian: Did you use your own capital to launch the business or raise outside funding? If the latter, can you discuss how that went?

Day: It was bootstrapped. We funded [it by ourselves] 100%. We’re doing our first raise. We’ve had a lot of interest from North American companies and Canadian companies. We’re going to use that to move into bigger retail.

We’ve also had a lot of interest from U.S. and Canadian venture capitalists. They’re not participating in this raise but this time we’ve been lucky to get great angel investors and London businessmen who’ve been really impressed with our branding and growth.

Dorbian: The CBD market in the U.S. is saturated. How are you setting your business apart from the others?

Day: It’s becoming that way in the UK. It’s a lot of snake oil. We have a company that’s very strict with our regulations, our safety and our product and our testing. We feel what differentiates us is that we have a true story. These are products that have worked for us. We want to help athletes and everyone to pick the safest products they can. What is in the bottle is what we say. It’s not just oil; there is actually CBD in there. There are a lot of people out there doing the market harm. There’s a lot of press about companies that have way too high THC level and too low CBD levels.

Dorbian: How are you preventing the latter?

Day: We’re fully traceable from seed to shelf. We test all our products twice with a third party; some of our products are tested a third time. They test for everything that would fail a drug test for a professional athlete. If any of those levels are wrong, then we immediately send our products back and have them remade and make sure the batch is compliant and correct.

Dorbian: What are your overall thoughts about legalization?

Day: That’s the golden question in the UK. We’d love to think we’re five to 10 years out to see cannabis legalized fully. It’s definitely something we believe in and it should happen. The issues here are around education as there are people who generally can benefit from cannabis.