The Viridian Cannabis Deal Tracker is an information service that monitors capital raise and M&A activity in the legal cannabis industry. Each week the Tracker analyzes/aggregates all closed deals and allocates each transaction to one of twelve 12 key industry sectors in which the deal occurred (from Cultivation to Brands), the region in which the deal occurred (country or U.S. state), the status of the company announcing the transaction (public vs. private) and th type of deal structure (equity vs. debt).

Since its inception in 2015, the Viridian Cannabis Deal Tracker has tracked and analyzed more than 2,500 capital raises and 1,000 M&A transactions totaling over $45 billion in aggregate value. Find it exclusively on Benzinga Cannabis every week!

INVESTMENT AND M&A ACTIVITY IN THE CANNABIS INDUSTRY 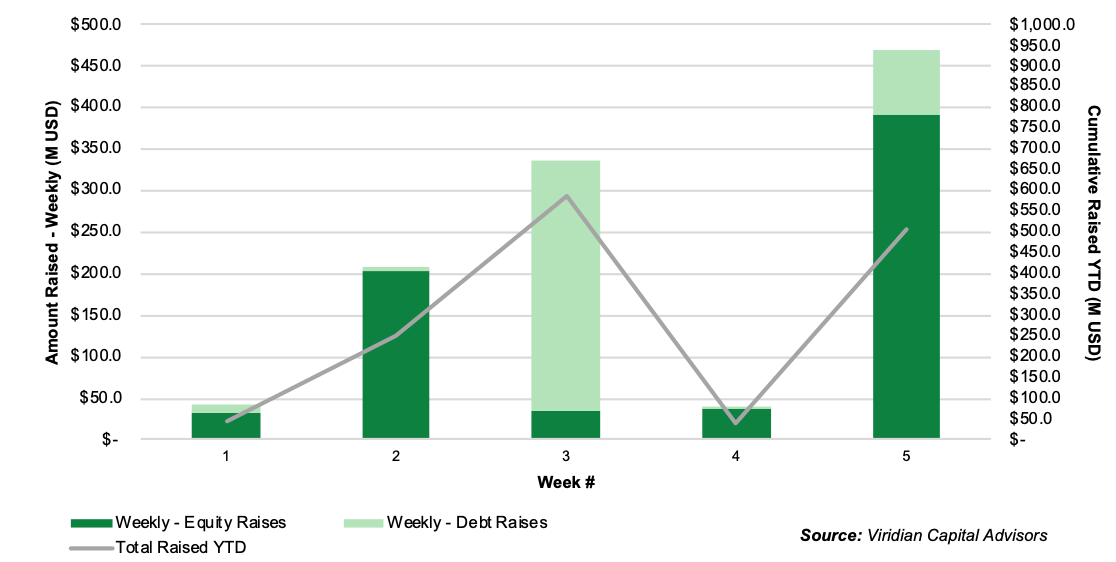 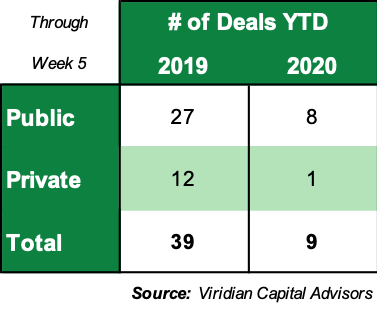