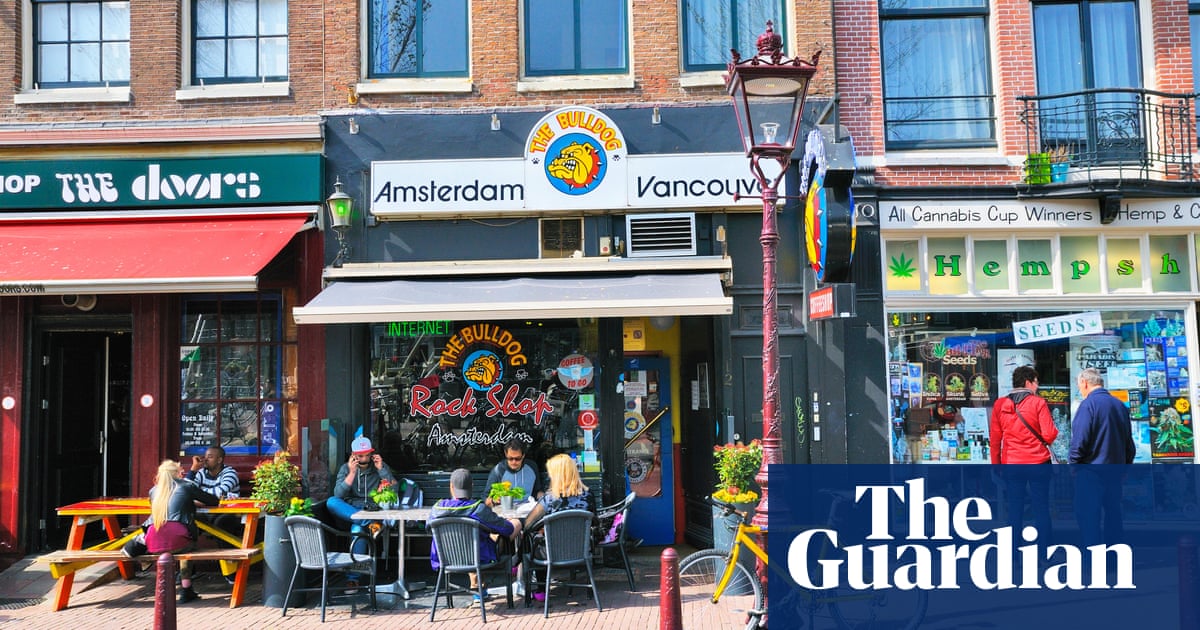 The mayor of Amsterdam has sought to win political backing for her cleanup of the overcrowded red-light district by revealing that a third of foreign tourists and nearly half of Britons would be less likely to visit the city again if they were barred from buying cannabis in the coffee shops.

Femke Halsema, who is understood to want to reduce the number of outlets selling cannabis, attached the survey results to a letter to councillors announcing her intention to examine how they may reduce the attraction of drug use to tourists.

Amsterdam is struggling to cope with the huge numbers visiting the city centre to the point that its attractions are no longer being promoted.

Home to 1.1 million people, the city attracts more than 17 million visitors a year. The municipality is particularly keen to dissuade foreign visitors from taking advantage of gedoogbeleid, “policy of tolerance”, towards cannabis.

The survey by Amsterdam’s research, information and statistics office suggests that 34% of all those who visit the Singel area, which is where the red-light district is located, would come less often to the city if foreigners were not allowed to buy cannabis from the coffee shops, while 11% would never come again.

Of the British visitors surveyed, 42% said they would return to Amsterdam less often.

Among respondents of all nationalities, 40% said they would no longer use “hashish or weed” on their visits if such a ban was enforced.

The 100 visitors to the Singel area survey were aged between 18 and 35, the majority of whom (57%) said they counted coffee shops as playing an important role in their choice to come to Amsterdam.

“For British visitors, coffee shops by far are the most frequently mentioned main reason to come to Amsterdam (33%),” said the research, information and statistics office. “They cite walking or cycling through the city less often as the main reason (21%) than the average (32%) and, on the contrary, more often indicate that a cheap trip was the main reason (11% compared with 6% on average).”

Beyond the city’s canal district becoming overly populated by tourists, and inculcated with what is seen as an increasingly seedy culture, Halsema is seeking to deal with the paradox of the Dutch tolerance policy.

While licensed coffee shops are allowed to sell cannabis from their premises, production of the drug is illegal. The result is that the coffee shops often deal at the “back door” with organised crime gangs.

In her letter, the mayor said she wanted “a study this year to reduce the attraction of cannabis to tourists and the (local) regulation of the back door … A clear separation of markets between hard drugs and soft drugs has great urgency because of the hardening of the trade in hard drugs.”

Separately on Thursday, Amsterdam city hall said group tours of the red-light district and other areas of the capital containing sex workers’ windows would be formally banned from 1 April, while guided tours elsewhere in the centre would require a permit.

The city council also voted to restrict the size of licensed tours to 15 people and bar them from stopping in busy places such as on narrow bridges, in front of homes, and at the entrances to shops and restaurants during opening hours. Guides who break the rules will be fined €190.

The deputy mayor, Victor Everhardt, said red-light district tours had been outlawed because it was “disrespectful to treat sex workers as a tourist attraction”. Other tours must “adhere to new, stricter rules to prevent disruption for residents and businesses”.

Up to 115 guided tours currently pass through Amsterdam’s red-light district every day. More than half of residents and businesses in the centre say they are inconvenienced by guided tours, while sex workers complain of abusive behaviour and photographs being taken without their consent.