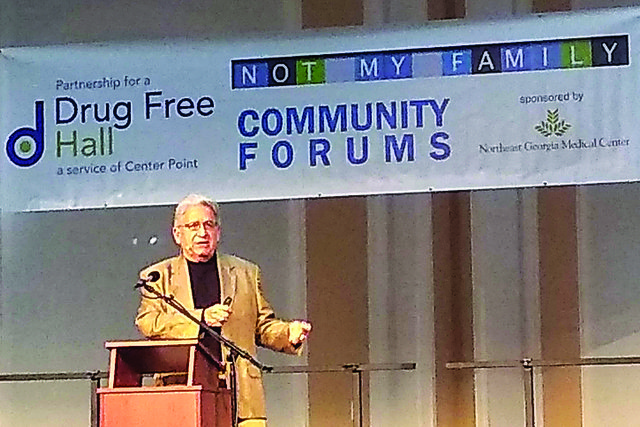 Outside of Epidiolex, there are no other FDA-approved drug products with CBD.

“We are aware that some firms are marketing CBD products to treat diseases or for other therapeutic uses, and we have issued several warning letters to such firms,” according to the FDA.

Dr. Sanjay Mehta, an interventional pain specialist, said marijuana use in cancer patients has shown positive responses for symptom management such as pain, mood and nausea.

“Unless you’re going through something serious like that, it’s not a first-line drug that we use. For the CBD, again, it’s more for chronicity and it should be used for patients that are older than 18 years old,” Mehta said.

The Georgia Hemp Farming Act became law May 10 of last year,  which was intended to “allow farmers and businesses to begin to cultivate, handle, and process hemp and sell hemp products for commercial purposes,” according to the act’s text.

Hemp has 0.3% or less of THC, the main psychoactive element, whereas marijuana has 5% or higher.

As some metro Atlanta prosecutors announced their intention to halt prosecution in low-level cases, Hall County Solicitor General Stephanie Woodard said there would be no change in the way her office prosecuted cases.

“Until the Georgia General Assembly and my constituents tell me that they want it legalized in the state and it is done so, it will be prosecuted in the same way that I have done from the beginning in Hall County,” she said.

Woodard has a pre-trial diversion program around alcohol and drugs particularly for young offenders and those who have otherwise stayed out of trouble.

“You kind of get all the punishment, and then I dismiss the case, and it’s not easy. In fact, it really tracks the punishment that you’d get if you had a conviction,” Woodard said.

Those elements include community service, drug and alcohol evaluation, treatment, watching DUI and Drug Court to “see where this path leads” and drug screens, Woodard said.