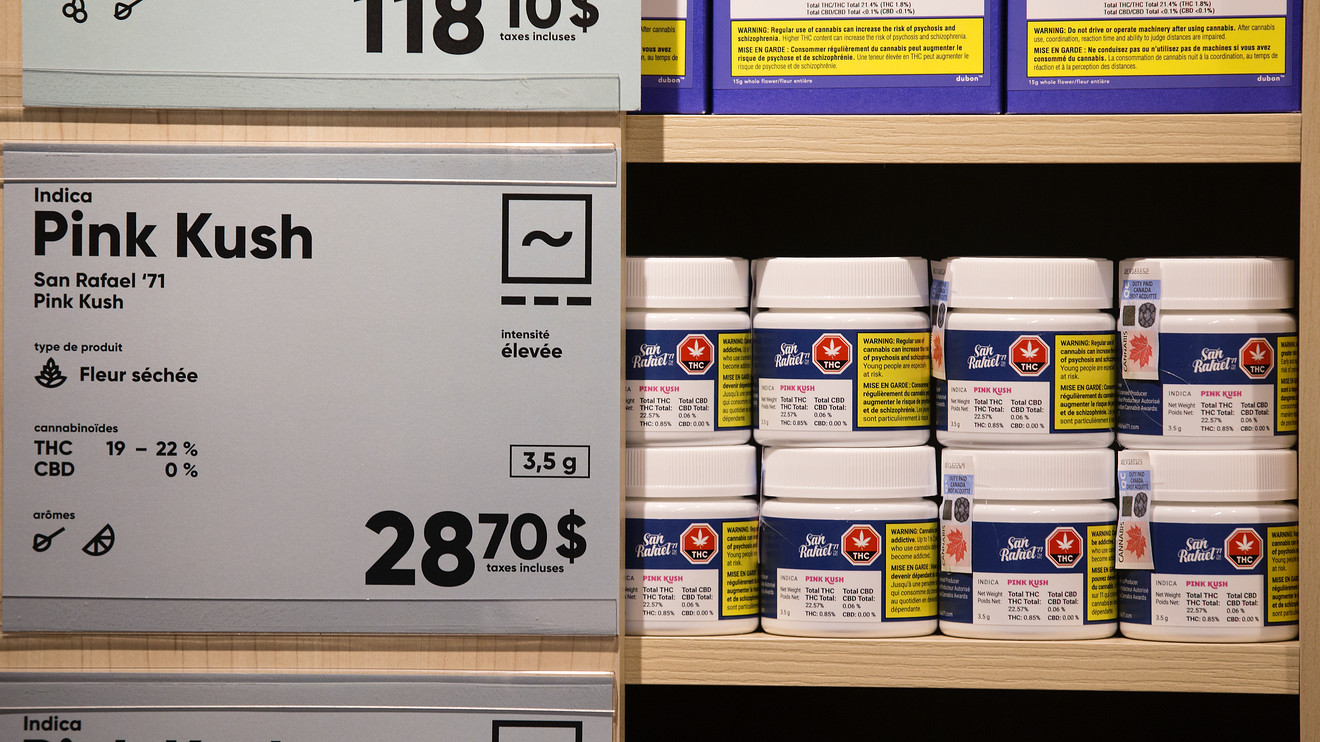 Cannabis companies in Canada have long promised “super premium” products, some going as far as predicting demand for $100 grams of the plant. Canadian consumers are heading the other way, however, as Aurora Cannabis Inc. ACB, +7.48% ACB, +5.10%  outlined Thursday in an earnings report that revealed quarterly losses of more than C$1 billion.

Chief Financial Officer Glen Ibbott said in a conference call that 17% of the Canadian cannabis market was purchases of cheap weed — less than C$9 ($6.79) a gram — as of December, up from just 2% over the summer. Meanwhile, premium pot went from a market share in the mid-30% range to 17%.

Aurora focused on high-grade cannabis at its Whistler facility and in specific brands under Chief Executive Terry Booth and former Chief Corporate Officer Cam Battley. Aurora changed its leadership, however, and executives said Thursday that it plans to launch a cheaper brand called Daily Special.

Aurora’s statements in the call Thursday reflect a broad trend in the sector across Canada, in every jurisdiction — people who enjoy and buy cannabis want cheap, strong weed and will speak with their wallets, according to PI Financial analyst Jason Zandberg. Pressure for inexpensive pot was nearly inevitable, he said, but Zandberg and industry executives were caught off-guard by how quickly the demand arrived.

“Clearly, there is more production of cannabis than demand, but I didn’t expect downward pricing pressure for weed this soon, just over a year into the legal market,” Zandberg said in a phone interview late Thursday.

Demand for less costly marijuana has already driven down the price at which Aurora can sell its weed by 10%, to C$4.76 a gram, in just three months, and Zandberg said his team expects a similar drop in the current quarter. Aurora is paying the same costs for growing, packaging and selling pot, which means lower margins, Zandberg pointed out.

Cheaper weed may also hurt Aurora in other ways. The company recently promised its bankers that in exchange for easing its immediate obligations, it will report positive earnings before interest depreciation taxes and amortization by the end of the fiscal year. Failing to do so would breach the terms of C$162 million of senior secured term loans.

“Aurora faces a lot of headwinds,” Zandberg said. “When you start to see the price of cannabis decline, it’s going to be harder to hit that [Ebitda] milestone. They’re not especially cash-rich for an organization of its size and there are a lot of factors at play here.”