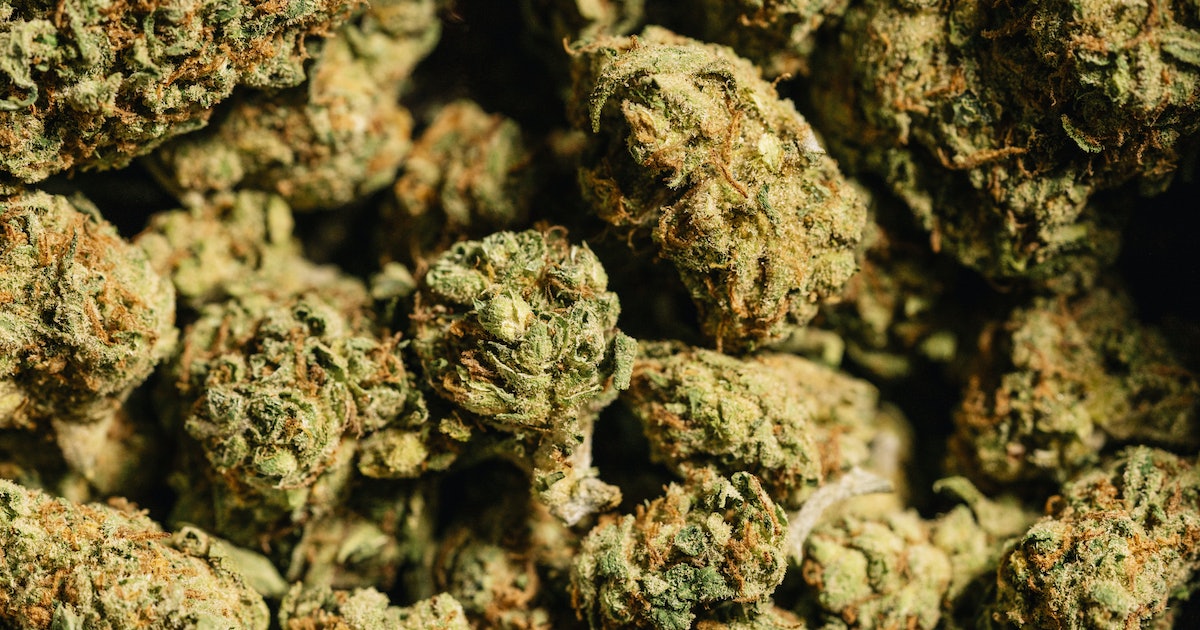 Just as vapes have disrupted cigarette smoking, so have they fundamentally changed marijuana use.

Whether you prefer to smoke weed or vape THC oil to get your high, what is undeniable is that each method produces different effects — and not all of them good. But in the battle of smoking vs vaping, experts suggest there may be a third, potentially better way to consume marijuana.

In the United States, marijuana is the second-most commonly used psychotropic drug. Over 122 million people in the US have tried weed at some point in their lives. About half of all 30 to 50-year-olds use it regularly, according to 2017 statistics. The same is true for teens, too. Smoking pot is legal for recreational use in 11 states, and several others are looking to make it legal in the next year.

Cannabis has to be heated for the cannabinoids in the plant to have a psychoactive effect — a process called decarboxylation. But other than that, how it is consumed is up to the user: You can smoke it, you can vape it, dab it, eat it, or even pop it in a pill.

The majority of users either smoke weed or vape THC oil. Smoking involves burning the dried plant, while vaping THC oil involves vaporizing an extract from the plant and inhaling the vapor. Both these methods offer good absorption and fast — but not long-lasting — effects.

Until recently, smoking was the preferred method of consumption overall, but vaping THC oil is on the rise, especially among teens, according to the National Institute for Drug Abuse for Teens. The number of 12th graders vaping THC nearly doubled between 2018 and 2019, according to the data.

Each method has its champions, but is one better than the other for both your brain and your body?

Inverse spoke to two scientists about the different effects of smoking weed versus vaping THC oil on your health, and asked: Which method gets you more high?

When smoking a joint, the joint releases carcinogenic chemicals — compounds that cause cancer — as it burns. The human lung is not equipped to breathe in the byproducts of combustion. As a result, smoking marijuana can lead to respiratory inflammation (symptoms include wheezing, shortness of breath, altered pulmonary function tests, cough, phlegm production, and more).

This irritation is similar to the effects of smoking cigarettes, but the science is inconclusive as to whether smoking marijuana is linked to the myriad long-term health problems that smoking cigarettes is. A 2015 review found little evidence that smoking weed is linked to increase risk of lung cancer — one of the top long-term consequences of cigarette use. But it did not take heavy consumption into account — meaning the question remains open.

There is some evidence that smoking marijuana every day over a long period of time could put men at higher risk of testicular cancer, however. A December 2019 study found that a daily habit over ten years was linked to a 36 percent increase in the odds of developing testicular germ cell tumors, which are involved in 95 percent of all testicular cancer cases.

Vaping THC oil offers an alternative to combustion, avoiding the side-effects tied to burning. But a 2015 paper suggests that the potential differences between smoking and vaping weed may not be as great as those between vaping and smoking tobacco.

But while we do not fully understand the risks of vaping THC oil, that does not mean that vaping THC oil is not risky at all. In the past two years, the US has witnessed an outbreak in lung problems linked to vaping products. As of February 2020, there were a total of 2,758 recorded cases of what is now commonly called „popcorn lung,” and a total of 64 deaths as a result of vaping-related illness.

“I don’t don’t mean to sound paranoid… but we don’t have the data.”

In December 2019, US officials concluded that a chemical additive called vitamin E acetate, often used in THC oil for vapes, is likely responsible for these illness.

That, say the experts, is no surprise.

“With e-liquids there is more opportunity to adulterate the product,” Tory Spindle, a post-doctoral research fellow at Johns Hopkins Medicine tells Inverse.

“That was why a lot of this acute illness was happening. Whenever you introduce more constituents, you are inhaling more things, and that is generally not going to be a good thing.”

The lack of government regulation and oversight into what goes into e-liquids and THC-oil concentrates means it is hard to draw conclusions on their long-term effects on health. The fact that the market for vaping moves much quicker than the research on it “is not ideal,” Spindle says.

“We don’t have long term data. It is probably better than lighting something on fire and inhaling the smoke,” Mitch Earleywine, professor at the University of Albany, tells Inverse.

But there is a catch:

“Nobody has two year follow-up data on any of that,” he says.

„It is distinctly possible that come 2022, we are going to find out, oh shit, this glycerin was not a good idea,” he says. „I don’t mean to sound paranoid… but we don’t have the data.”

Does smoking or vaping give a stronger high?

On this question, vaping THC oil is the likely winner, the experts say.

“The oils, so those butane hash oils and the dabbing, because they are such a high concentration of THC, of course it’s bound to get more into your blood faster,” Earleywine says.

“You are going to get a whole lot of THC into your bloodstream really quickly,” with vapes, he says. „The impact will be really dramatic, but it looks like you probably would develop tolerance more rapidly too.”

A synthetic high could also change the psychological side effects of marijuana.

“The natural flower is much less likely to create [paranoia] because it has those other cannabinoids,” Earleywine says.

Vape oils, meanwhile, are „literally synthetic versions or extracts that no longer have other cannabinoids in there that might be keeping some of the more aversive parts dampened,” he says.

Is it better to smoke or vape THC? The answer is neither

The experts agree on one thing: Smoking or vaping THC oil are neither as good as vaporizing the plant.

Vaporizing weed is different to vaping with a pen — you instead burn the cannabis plant in a vaporizer, releasing the chemicals from the plant into air, and then inhale it. By doing so, you bypass the burning effect of joints, and you bypass the other, potentially harmful chemicals that are often packed into vape cartridges.

Earleywine tested the health implications of vaporizing weed in a 2015 study, and found that smokers with respiratory irritation had better lung function after switching to a vaporizer.

“We had folks improve their lung volume and how quickly they can force air out of their lungs in just a month — that I was really gung-ho about.” he says.

Vaporizing, Earleywine thinks, is „probably the healthiest way to get quick consumption of cannabinoids.”

„I wish folks would use the vaporizer rather than the vape pens.”

The same goes for the high — vaporizing the bud may have a stronger psychotropic effect, Spindle says.

In 2018, Spindle conducted a small study comparing the subjective drug effects of smoking or vaporizing weed, finding that THC’s effects were stronger when vaporizing.

Vaporizing had a stronger impact than smoking on participants’ cognitive functions. They also reported feeling higher and had more difficulty performing routine tasks. This was especially true for people new to marijuana, which may also increase their levels of anxiety or paranoia.

So what is better? Vaping, smoking, or vaporizing the bud?

“Depends on what your end goal is,” Spindle says. But what little evidence there is points to vaporizing the bud as a worthwhile alternative, Earleywine says.

As the social and legal landscape around marijuana shifts, the future of marijuana consumption is hard to make out. Edibles may also be a good potential substitute to combustion and e-liquids, but their delayed effects and difficulties in dosage is making them still quite hard to harness.

“My hope would be that the portable vaporizers, the machines that actually do use the whole plant and heat it up but don’t light it on fire… I feel like that is the way we should go,” Earleywine says.

“If socially it could become more acceptable and kind of hip to have a vaporizer we would be much better off from a public health perspective,” he says.