Terry Booth has a way with words. The founder (and CEO up till a couple of weeks ago) of Aurora Cannabis (NYSE:ACB) recently told BNN Bloomberg, „You can’t buy a hunk of junk right now and fix it up.”

Booth was seemingly referring to other licensed producers that might not survive the tough times facing the Canadian cannabis industry. But some might think that his comment applies to Aurora as much as it does any other company. After all, Aurora’s shares have plunged nearly 80% over the past 12 months. The company reported dismal fiscal 2020 second-quarter results last week.

Is Aurora Cannabis, in Terry Booth’s own colorful words, „a hunk of junk” that investors should steer clear of? Or is the stock instead a dumpster diver’s dream at its beaten-down valuation? 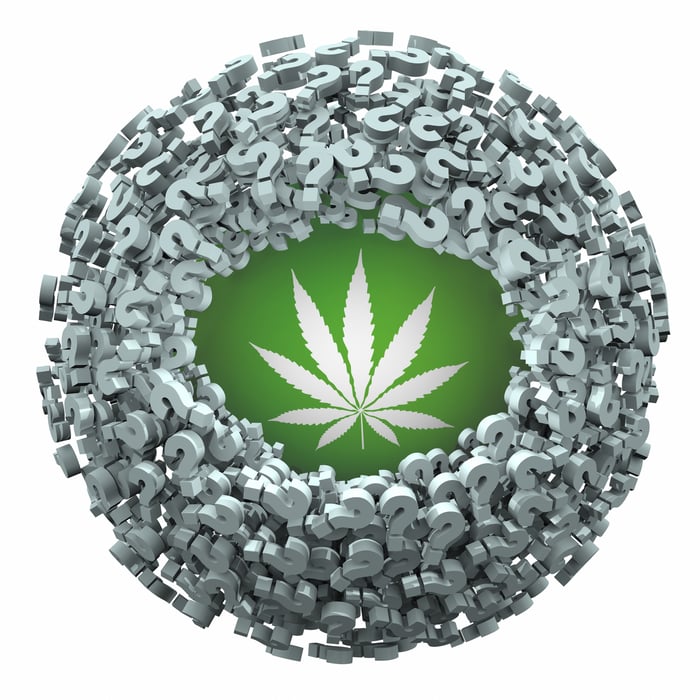 Unfortunately, there isn’t a „junk-o-meter” that can instantly identify if a stock is truly junk or merely temporarily downtrodden. But if there was such a device, I suspect that its decision-making algorithm would include the following key questions:

If we had a junk-o-meter evaluating Aurora Cannabis using these criteria, the verdict wouldn’t be a good one. Aurora reported a quarter-over-quarter net revenue decline of 26% in the second quarter. The company posted a massive Q2 net loss of $1.3 billion Canadian, much worse than the previous quarter. Don’t look for improvement anytime soon. Aurora predicted that it will have „modest to no growth” in the third quarter.

But Aurora’s debt is perhaps the biggest concern for many investors. The company’s debt stands at CA$273.3 million. And that doesn’t include another CA$271.1 million in convertible debentures.

That leaves only the question about Aurora’s moat. The company’s decline in market share in Q2 as consumers switched to value brands doesn’t provide a warm-and-fuzzy feeling about Aurora’s ability to maintain a competitive advantage over its rivals.

Overall, a junk-o-meter that relied on Aurora’s current status would likely come back with Terry Booth’s phrase: The marijuana stock is a hunk of junk.

From trash to treasure?

All that notwithstanding, there’s an old saying that one man’s trash is another man’s treasure. The reason that’s sometimes the case is the difference between circumstances and timing. According to this line of thinking, Aurora might seem like junk right now, but its future prospects are actually quite good.

Optimists would point to several of Aurora’s strengths. The company’s production capacity remains at the top of the industry. Its cultivation costs continue to be among the lowest in the industry.

Even though its market share slipped a little in the last quarter, Aurora still ranks near the top in total market share in the Canadian adult-use recreational marijuana market. And while an embarrassing mistake caused the company’s German medical cannabis revenue to fall in Q2, the company expects to regain its leadership position in the key European market.

Aurora is also making major moves to cut costs and steer toward profitability. It eliminated nearly 500 positions. It’s delaying completion of construction at the Aurora Nordic 2 and Aurora Sun facilities, saving around CA$190 million. The company also restructured its secured credit facilities and is now committed to achieving positive earnings before interest, taxes, depreciation, and amortization (EBITDA) thresholds beginning in the first quarter of fiscal 2021.

And while Aurora’s management team is in a state of flux, that could be a good thing over the long run. Cantor Fitgerald analyst Pablo Zuanic stated in January that finding a new CEO who could bring fiscal discipline to Aurora is one of two criteria needed for the stock to potentially double over the next year. The other criterion, by the way, is for the company to find a big partner from outside the cannabis industry.

Consider also that the global cannabis industry is still only in its very early stages. Even with the tough times experienced by many marijuana stocks over the last year or so, the market should still expand rapidly in the coming years. Aurora Cannabis, with its industry-leading capacity and cost structure, strong market position in Canada and in Germany, soon-to-improve financial shape, and a new CEO on the way at some point in the not-too-distant future, could arguably be one of the biggest winners in the much larger cannabis market that should exist later in this decade.

So is Aurora Cannabis a hunk of junk or a dumper diver’s dream? The company definitely isn’t in good shape right now. Aurora doesn’t check off many if any of the boxes most investors would want to see in a stock. At the same time, though, Aurora isn’t as hopeless of a cause as some might think. It won’t be easy, but Aurora could survive and thrive over the long run.

My view is that Aurora is sinking but salvageable. I think there’s a reasonable chance (although not a slam dunk) that Aurora can turn things around. But is Aurora a stock to buy right now? No, at least not for most investors. There are other opportunities to profit from the cannabis boom that aren’t as risky as Aurora Cannabis is.