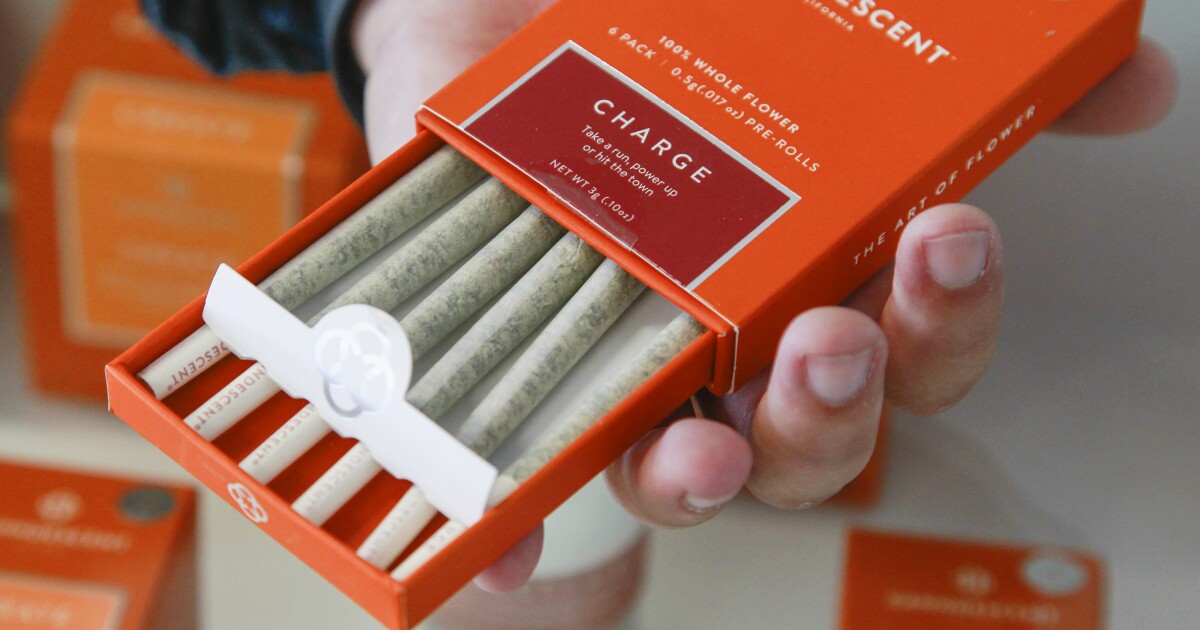 California voters legalized pot in 2016. But for many seeking jobs in state government, cannabis use has become an obstacle to getting hired.

Now, a spike in the number of job applicants disqualified by state agencies after failing tests for marijuana use has spawned calls for new legislation and debate over whether employment rules should be relaxed given more widespread acceptance of the drug.

With more California job applicants in the private sector also failing marijuana drug tests and being disqualified, legalization advocates, including a legislator, are calling on the state to change employment laws.

“I do not think [a ban on cannabis use] is fair, or necessary to have a safe workplace,” said Ellen Komp of California NORML, which supported Proposition 64, the 2016 legalization initiative. “Our position is that people can legally and responsibly use marijuana off the job, as long as they don’t show up to work impaired or use it on the job.”

Assemblyman Rob Bonta (D-Alameda) is taking a first step at addressing the issue. He introduced legislation Friday that would require employers in both the public and private sectors to accommodate workers and job applicants who use marijuana for medical purposes, which was legalized in California in 1996.

“To be discriminated against by your employer because of the type of medicine you use is both inhumane and wrong,” Bonta said. “Medical cannabis, as recommended by a doctor, should be given a similar reasonable accommodation as all prescription drugs.”

Bonta’s bill would not apply to “safety-sensitive” workers required by federal law to be drug free, including airline pilots, police officers and truck drivers, nor would it cover employers with federal contractors who are required to maintain drug-free workplaces.

He noted that 16 other states, including Arizona, New York and Illinois, have already adopted worker protections similar to the ones he is proposing.

But opponents of Proposition 64 say the law shouldn’t be eased, given that an increase in positive drug tests in the workplace was predicted after legalization.

“Widespread, regular marijuana use has been essentially promoted by our state government,” said Kevin Sabet, president of the national group Smart Approaches to Marijuana. “We are moving so fast towards complete acceptance of being high without understanding the public safety implications.”

Proposition 64 allows public and private employers to continue to mandate their employees to work under drug-free workplace requirements and allows them to terminate employees who do not follow these policies.

“Prop. 64 did not provide any protections for the use of marijuana in the context of employment,” said Tamar Todd, a lecturer on marijuana law at UC Berkeley School of Law and vice chair of the California Cannabis Advisory Committee. “People can still be drug tested and disciplined based on a positive result even if they are using in compliance with state law, not at work, and not impaired at work.”

The tests are needed in part because marijuana users are more likely to be injured on the job, said Scott Chipman, a California resident who is vice president of Americans Against Legalizing Marijuana.

Employees who tested positive for marijuana had 55% more industrial accidents, 85% more injuries and 75% greater absenteeism compared to those who tested negative, according to a study published by the National Institute on Drug Abuse.

“There are plenty of workplace and public safety reasons to disqualify applicants who test positive,” Chipman said. “There are no reasons to relax the current rules.”

Nationwide, the rate of positive drug tests in the private and public sector workforces hit a fourteen-year high in 2018, the last year for which statistics are available, reaching 4.4% for all drugs, according to an analysis by Quest Diagnostics, based on 10 million tests it processed.

The percentage of employees and job applicants not in safety-sensitive jobs who tested positive for marijuana in California rose from 2.3% in the year before Proposition 64 to 3.1% in 2018, which is higher than the national rate of 2.8%, according to the analysis.

Positive marijuana tests are also trending upward in other states that have legalized recreational use of marijuana, said Barry Sample, senior director for science and technology at Quest Diagnostics.

“Marijuana is not only present in our workforce, but use continues to increase,” Sample said. “As marijuana policy changes, and employers consider strategies to protect their employees, customers and general public, employers should weigh the risks that drug use, including marijuana, poses to their business.”

The California Chamber of Commerce is generally opposed to restricting the ability of companies to conduct pre-employment drug tests.

“Allowing drug use in the workplace — including requiring an employer to accommodate an employee’s marijuana use — could jeopardize the safety of other workers as well as the public,” the Chamber said in a statement this month.

Richard Miller is among the medical marijuana users who want to see more protections for workers. Miller was an executive in the printing industry before he began using medical marijuana to deal with injuries suffered in a traffic accident, he testified at a recent state Senate committee hearing. Even after he recovered sufficiently to go back to work, he was told he could not return to his job, and was forced to seek employment in the cannabis industry, where he made $35,000 — a large pay cut from his former six-figure salary, he said.

“My directors would not allow me to come back to work because I was using medical cannabis, because we had federal contracts,” Miller told lawmakers. “This has simply destroyed my life.”

Many state workers are not subject to drug testing when they apply for a job, but such tests are mandated for some workers at 25 agencies including Caltrans, where federal highway safety rules apply to truck drivers and heavy equipment operators. Caltrans has seen a slight uptick in the number of job applicants disqualified for marijuana use in the last two years compared to the two years before Proposition 64.

“Errors in judgment, inattentiveness or diminished coordination that could result in serious injury to others are key factors taken into consideration,” said Alisa Becerra, a Caltrans spokeswoman, regarding the agency’s drug testing policy.

The California Department of Correction and Rehabilitation also has no plans to relax the drug testing requirements for those applying to become correctional officers, according to spokeswoman Dana Simas.

“CDCR seeks out only the most qualified correctional officer candidates that exemplify our professional standards and code of conduct,” she said. “A positive test for cannabis indicates recent usage and as a public law enforcement agency we maintain a drug-free work environment.”

Applicants at the agency have to undergo a urine test and are also asked during a candidate interview when they last used marijuana.

If an applicant is disqualified, he or she can reapply for the job after six months, Simas said.

THC, the active ingredient in cannabis, can remain in the body and register in tests 30 days after use.

Because marijuana remains an illegal drug under federal law, Washington’s restrictions on its use in the workplace are unlikely to change soon, state officials say.

“The public needs to be properly educated that this drug is dangerous, and use can negatively impact you physically, mentally and your potential employment,” Chipman said. ”The state is derelict in their responsibility here.”

Komp, of NORML, wants the Legislature to go further than Bonta’s bill, asking lawmakers to also ban urine testing for cannabis in random or pre-employment drug screens in the public and private sector, except as required by federal law.

The current law is untenable, she said.

“The result is to unfairly discriminate against qualified workers, deny them medical treatment with cannabis, and oftentimes compel them to depend on opiates and other more hazardous drugs,” Komp said.