WESTFIELD — With at least 10 companies interested in two remaining slots to open recreational marijuana shops in Westfield, the city on Wednesday began a formal request for qualifications and evaluation process.

“Just to give us, as a city, choices,” Mayor Donald F. Humason said. “Obviously we are looking for the best deal for the community. And those two licenses are pretty valuable.”

The city published a legal ad Wednesday announcing the request for qualifications. Applications are due by March 26.

Humason, a former state senator who took office in January as mayor, cited issues and allegations of wrongdoing involving processes for marijuana retailers in other communities.

Former Fall River Mayor Jasiel Correia is accused of extorting marijuana companies seeking to open in his city when he was in office. And in November 2019 it came to light that U.S. Attorney Andrew Lelling’s office has subpoenaed documents relating to host community agreements in a number of communities.

“It became apparent to us that it makes good sense to put it out for a formal process at this point in time,” said Peter J. Miller, Westfield’s community development director. “We want to make this as transparent as formal and as quantitative as possible.”

Springfield is also doing a formal request for proposals process, and has evaluated its first round of applicants. But no shops are open in the city.

Westfield is seeking only the 3% of marijuana revenues it’s entitled to under state law. The city council capped the number of marijuana shops at four, Miller said.

Two of those spots are already taken.

One company, Cannabis Connection, already has a provisional license from the state Cannabis Control Commission. Inspections are underway at its store at 40 Industrial Park Road, near Exit 3 on the Massachusetts Turnpike. The company plans to open later this spring.

The second is Heka Inc., which is also going through the lengthy state licensing process. Heka is building retail and grow facilities at 98 Sgt. T.M. Dion Way, near the Westfield-Barnes Regional Airport and is a few months behind Cannabis Connection in the process.

A third operator has talked about opening on Coleman Avenue. But that project isn’t as far along as Heka and Cannabis Connection and could be among the applicants respond to Wednesday’s request, Miller said.

In evaluating the requests, Miller said the city will look for an experienced development and management team that understands the industry and its challenges. Applicants must have the financial wherewithal to se the project through to opening.

What they won’t need, Miller said, is real estate. He said the process from now on will be for the applicant to get the city’s blessing and then find a location.

The Westfield City Council has limited marijuana businesses to areas zoned Industrial A — about four or five spots scattered around the city.

Miller said that once applications are in on March 26, they’ll get evaluated by a group people chosen by the mayor and there will be public presentations before a decision is made. 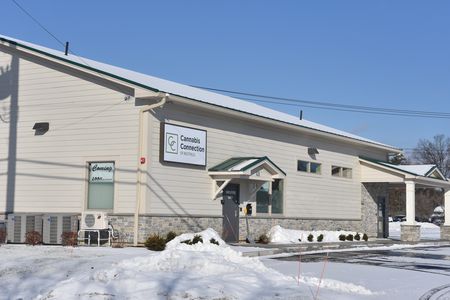