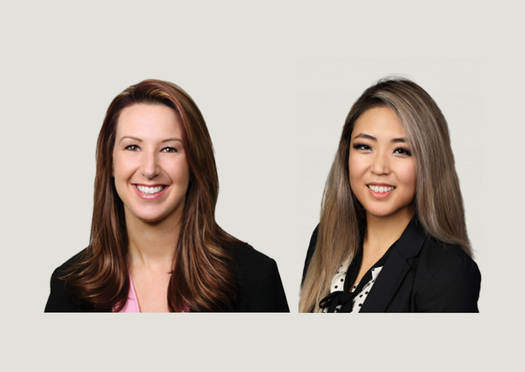 While marijuana remains a prohibited Schedule I controlled substance under federal law, individual states, including California, have incrementally decriminalized certain acts of possession, use, and growing of cannabis. Beginning with the Compassionate Use Act of 1996, California allowed individuals to possess limited quantities of cannabis when prescribed by a licensed health care provider in the treatment of health conditions. In 2018, California voters approved limited personal recreational use and growing of marijuana by adults 21 years of age or older. Yet these changes in state law did not alter or repeal state and federal laws prohibiting the possession of cannabis in public elementary and secondary schools (including medical cannabis).

Now comes Senate Bill 223 (SB 223), signed into law by Governor Newsom on Oct. 9, 2019. Also known as Jojo’s Act, SB 223 permits school districts, county boards of education, and charter schools maintaining kindergarten or any grades 1 to 12, to adopt a policy allowing a parent or guardian to administer medical marijuana to their student who is a “qualified patient” on school grounds.

Jojo’s Act was championed by the mother of Jojo, a San Francisco student with Lennox-Gastaut syndrome, a severe form of epilepsy, who suffered from debilitating seizures. With the use of medical marijuana, Jojo’s seizures were effectively managed to a level that allowed him to attend school. However, because possession of cannabis on school campus was illegal, Jojo’s mother could only administer his medication by taking him out of school each day to a location that was at least 1,000 feet from campus and then return him to school.

Many may be surprised to learn that minors can obtain physician recommendations for medical cannabis. The state’s Compassionate Use Act does not exclude minors and the Medical Marijuana Program specifies that minors may be issued medical marijuana cards with the consent of their parents or guardians. The California Medical Association warns that “physicians should proceed cautiously,” and ensure that “(1) the parents or guardians are fully informed about the risks and benefits of medicinal cannabis and give their consent to such treatment; (2) the minor has a serious medical condition; and (3) all conventional treatments have been tried unsuccessfully, or considered and rejected (e.g., because of probable unacceptable side effects), before recommending the use of medicinal cannabis” to a minor. (California Medical Association Legal Counsel, “The Compassionate Use Act of 1996: The Medical Marijuana Initiative,” (On-Call Document #135) (January 2011).)

Governing boards considering adoption of a policy may be concerned about risks to federal funding. For example, educational agencies receiving federal grants under the National and Community Service State Grant Program shall be subject to the Drug-Free Workplace Requirements for Federal Recipients. (See 42 U.S.C. § 12523; 41 U.S.C. §§8101, 8103-8106.) Under federal Drug-Free Workplace requirements, an agency receiving a federal grant must maintain a policy that prohibits unlawful manufacture, distribution, dispensation, possession, or use of a controlled substance in the grantee’s workplace. “Controlled substance” includes marijuana, regardless of form, purpose or prescription.

It is important to note that SB 223 does not require school personnel, including school nurses, to administer medical marijuana. While existing law authorizes school nurses and other licensed health practitioners to administer medication to a student according to the orders of a physician, governing boards adopting a policy under SB 223 should prohibit staff administration of medical marijuana.

This is not to say that the federal government will undoubtedly come knocking down the door of a school district adopting a policy under Jojo’s Act. Similar laws exist in at least eight other states (Washington, Colorado, Florida, Maine, New Jersey, Delaware, Illinois and New Mexico). SB 223 contemplates the ability of a school board to rescind or amend a policy on the administration of medical marijuana “for any reason, including, but not limited to, if the school district, county office of education, or charter school is at risk of, or has lost, federal funding as a result of the policy.”

Another major concern for governing boards in adopting a policy pursuant to the Act is the potential for abuse. In fact, Governor Newsom declined to sign two previous versions of Jojo’s Act out of weaknesses in the law that could lead to misuse. As enacted, SB 223 contains some safeguards including a requirement that medical cannabis be personally administered by a parent or guardian who has consulted with a physician and obtained a valid physician recommendation for the student which is provided to the school to be kept on file. Further, SB 223 is not intended to allow the possession of marijuana by a minor on school grounds and for this reason, a policy should clearly prohibit student possession and self-administration of medical marijuana on campus.

SB 223 leaves open an ambiguity as to whether a parent or guardian may designate another individual to administer medical marijuana to their student. Under current state regulations, an individual designated to do so by the parent or legal guardian may administer medication to the student or assist the student in the administration of medication as allowed by law. A local education agency may establish rules governing the designation of an individual by a parent or legal guardian in order to ensure that: (1) the individual is clearly identified and willing to accept the designation; (2) the individual being designated is permitted to be present on the school site; (3) any limitations on the individual’s authority in his or her capacity as designee are clearly established; and (4) the individual’s service as a designee would not be inconsistent or in conflict with his or her employment responsibilities, if the individual being designated is employed by the local education agency. Therefore, policies adopted under SB 223 should address the extent to which parents or guardians may designate other individuals for administration of medical marijuana to their student.

A policy adopted by a governing board should also require that the medication be administered in the office of the school nurse or other private area designated for attending to student medical care. The policy can also specify that a parent or guardian will be allowed to administer medical cannabis only when it cannot be effectively administered before or after school. Parents and guardians should be advised that possession of any amount of cannabis on school grounds that is not reserved for medicinal administration to their student is unlawful.

As with any new law, governing boards should receive legal counsel when considering adoption of a policy pursuant to Jojo’s Act. The laws concerning marijuana and cannabis are continually evolving and require careful attention.

Frances Rogers is a partner with Liebert Cassidy Whitmore, one of the largest public employment firms in California. She represents and advises community college and school districts in areas involving student discipline, campus safety, Title IX, FERPA and more. She can be reached at frogers@Lcwlegal.com or 619-481-5905.

Kate S. Im is an associate in Liebert Cassidy Whitmore’s Los Angeles office, where she specializes in working with school districts in matters involving collective bargaining, public works contracts, student affairs and more. She can be reached at kim@lcwlegal.com or 310-981-2056.