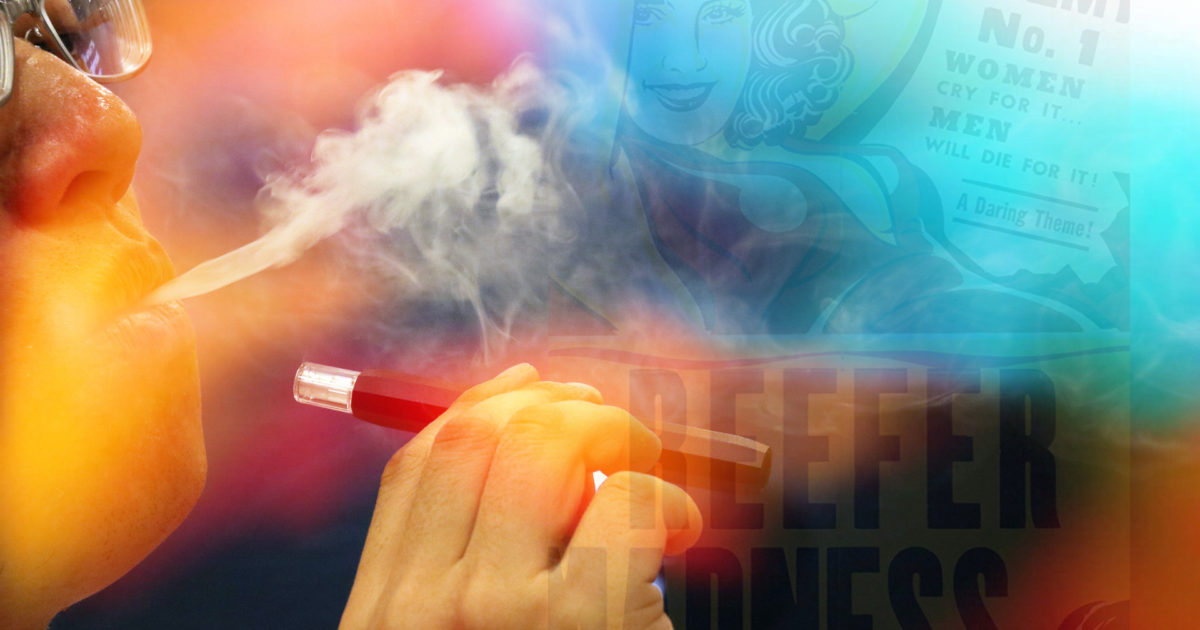 Drug warriors in Arizona recently held a conference to fret about „the dangers of vaping marijuana.” And no, they’re not talking about the potentially toxic additives in black market vaping products; they emphasize the pursuit of a high itself. That’s a shame, because there are potential dangers in vaping improperly manufactured black market THC products—a message the conference glossed over.

At least in their public statements, conference participants went on to link THC use to sinister dealers trying to hook customers, the dangers of going bonkers and, of course, nefarious pot advocates.

„It’s not about the high to the people selling it. It’s about addicting you to that drug,” insisted the Arizona Department of Public Safety’s Colonel Frank Milstead.

„The biggest one is psychosis,” Jason Hutchings, executive director of Awaken Recovery Center, claimed of the mental health dangers of vaping THC.  „Earlier in my career, you would never see anyone with THC that’s having mental issues as a result of THC. Paranoia. Delusions. In the last five years, we’ve seen quite a few of those.”

„It’s being marketed to kids and it’s being tied up in the whole campaign of the legalization of marijuana with all these great medicinal properties,” Scott told Arizona’s KTAR News.

If you’ve seen the 1936 movie Reefer Madness, you know that this script isn’t getting any fresher. And, as they did when that movie came out, prohibitionists now threaten to make things worse by keeping an industry in the shadows where the real dangers lie.

„Investigators have homed in on black-market cannabis or nicotine products, recently warning consumers to steer clear of them and to stop modifying these products at home,” MedPage Today reported last September, after areas around the country started seeing (sometimes fatal) lung illnesses related to vaping. In Kings County, California, „all eight of the respiratory cases reported in the recent cluster included patients who had purchased THC- or CBD-containing vaping cartridges from unlicensed 'pop-up’ retailers.”

A Mayo Clinic study of 17 vapers with suspected vaping-associated lung problems suggested the damage stems from „some kind of direct chemical injury,” according to Brandon Larsen, a surgical pathologist at Mayo Clinic Arizona. „Based on what we have seen in our study, we suspect that most cases involve chemical contaminants, toxic byproducts or other noxious agents within vape liquids.”

The Centers for Disease Control and Prevention (CDC) has fingered synthetic Vitamin E as one likely culprit. Vitamin E acetate is used by some underground manufacturers to control the viscosity of the product and to stretch the cannabis content.

„Vitamin E acetate is strongly linked” to „emergency department visits related to e-cigarette, or vaping, products,” says the Centers for Disease Control and Prevention on its website, continuing:

National and state data from patient reports and product sample testing show tetrahydrocannabinol (THC)-containing e-cigarette, or vaping, products, particularly from informal sources like friends, family, or in-person or online dealers, are linked to most EVALI cases and play a major role in the outbreak.

The agency recommends „that people not use THC-containing e-cigarette, or vaping, products, particularly from informal sources like friends, family, or in-person or online dealers.”

So, there is some vaping danger, but it’s driven by the continuing illegality of marijuana and its derivatives at the federal level and in many jurisdictions, which make legal, professionally manufactured THC vaping products hard to come by (a prohibition that results in 78 percent of THC vapers getting their products from „informal sources”—black market dealers—according to the CDC).

THC can pose dangers of its own, if you do the cannabis equivalent of chugging a bottle of vodka. Just as Prohibition led bootleggers to avoid beer in favor of easily stored and transported distilled liquor, and laws against cocaine brought us concentrated crack, black market vaping manufacturers have an incentive to pack as much punch as they can in their products. As with other substances, the highest concentrations aren’t always the best stuff.

„The best vape cartridges are usually not the most potent in terms of THC,” writes Lester Black, who covers marijuana news for Seattle’s The Stranger. „To achieve 90 percent potency processors often have to heavily process the concentrate, losing lots of the terpenes that give you an enjoyable high.”

More isn’t necessarily better in several ways. While low concentrations of THC mellow people out, high concentrations can lead to gastrointestinal problems and anxiety. And yes, psychosis can be an issue, though not so much in terms of the sudden psychotic break that the participants at the NAU conference suggested.

„Studies show that cannabis can raise the risk of early-onset of psychotic symptoms in those predisposed to the illness, especially with daily use of cannabis that is high in THC,” Nature noted last summer. Although, „it might be that people who have or are predisposed to psychotic mental illnesses are more likely to use cannabis.”

„I compare it to alcohol,” Earl Miller, a cognitive neuroscientist at the Massachusetts Institute of Technology told the publication. „Too much or the wrong situation can be bad, but in other situations it can be beneficial. I think we’re going to find the same thing with cannabis.”

So, just like alcohol or pretty much anything else, use THC in moderation. If you do vape the stuff, purchase vaping products made to professional standards of quality and safety. That’s sensible advice best followed in an environment of legality in which responsible people can openly manufacture, market, buy, and sell goods, and hold each other accountable.

But that’s not what you hear from the new generation of marijuana prohibitionists who seem determined to remake Reefer Madness with vaping products substituting for joints.