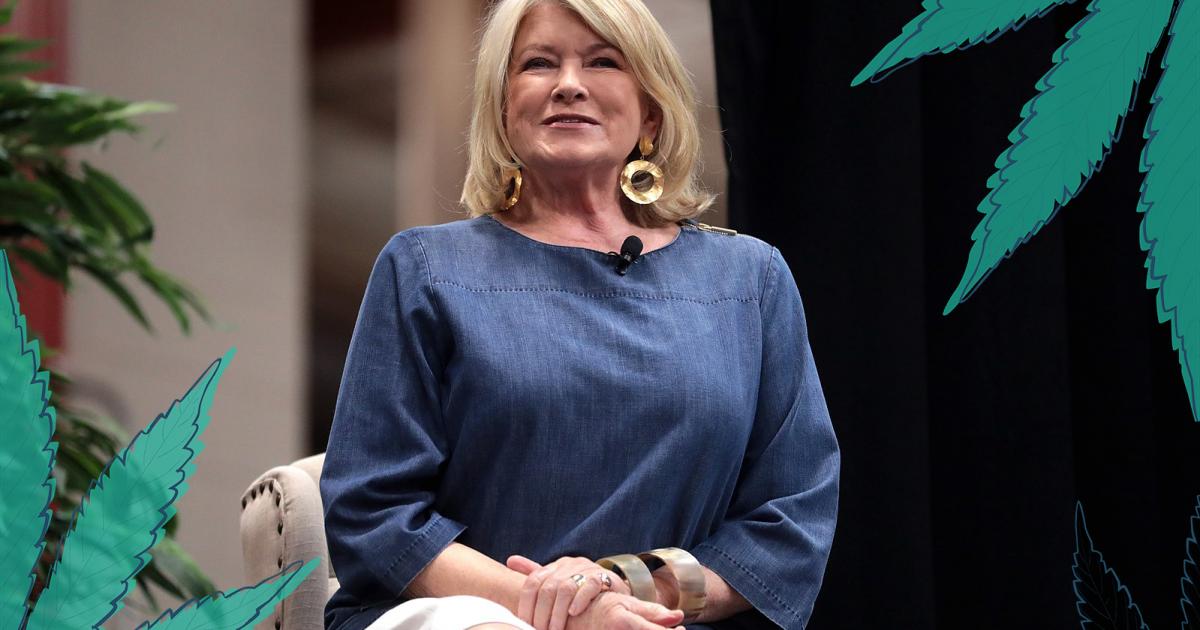 Martha Stewart is nothing short of a legend if you ask housewives and homemakers across America. The television personality, who rose to fame in the 80s through her cookbooks, homemaking magazines and cooking shows, established herself as an emblem of American culture throughout the world.

But following an incarceration for fraud in 2004, the Jersey City native’s image began to shift, becoming more involved in animal rights protection groups and promoting wellness and mindfulness through the Martha Stewart Centre For Living. And at 77 years old, the author has also added Cannabis entrepreneur to the list of her many endeavours. The Canadian cannabis conglomerate Canopy Growth (NYSE: CGC) announced that Stewart would be joining them as an advisor to their new line of CBD products, which are expected to launch by September of 2020.

Some may inquire why America’s favorite homemaker is the new face of Canopy Growth’s CBD product line. Well, the product line is not only for people, but for their pets too!

“The thought here was since my interest lies in animals and beauty, that it would be an advisory position in the CBD arena through a licensing agreement I will personally oversee”, she told Forbes. “We are already working on the development of a sensible line of CBD products for dogs, and hopefully for cats, and then horses and larger livestock. I am very interested in their wellbeing and not keen on serving up pharmaceuticals.”

See Also: Seth Rogen And Evan Goldberg’s Weed Brand Is Not Only Beautiful, But Also Committed To Social Justice

Stewart’s love for animals is no secret. Her properties in Bedford and Seal Harbor are home to her beloved Chow-Chows, cats, chickens, donkeys, and horses, but her advocacy for CBD is more recent. In fact, it was her friend Snoop Dogg, with whom she co-hosts the Emmy-nominated Martha And Snoop’s Potluck Dinner Party, who opened the door to the cannabis industry and Canopy Growth. The rapper, who operates his business Leafs by Snoop under the conglomerate’s umbrella, introduced Stewart to former CEO Bruce Linton in 2018, resulting in their current collaboration.

While cannabis education is still gaining traction in many parts of the U.S., the cooking show host believes in spreading knowledge about CBD’s crucial role for wellness and beauty products, as well as it’s medicinal benefits for animals. But it’s the aging population that she’s particularly focused on, as they are increasing in number.

“By 2029, more than half of the U.S. population will be over 65 years old. And if CBD and cannabis can offer an alternative to other kinds of medicines—wow, how great will that be?”, she shares.

Stewart’s iconic status could contribute to eliminate current stigmas that surround the cannabis plant, making it more mainstream and something Bruce is also counting on.

As Linton explains, “Martha is one-of-a-kind, not to mention a household name, who helps connect the cannabis and CBD industry with different communities than you’d traditionally associate it with. What her involvement does is breaks down barriers and encourages people to look at the plant differently — and maybe, hopefully — end up better understanding the value and potential benefits of cannabis and cannabinoids.”