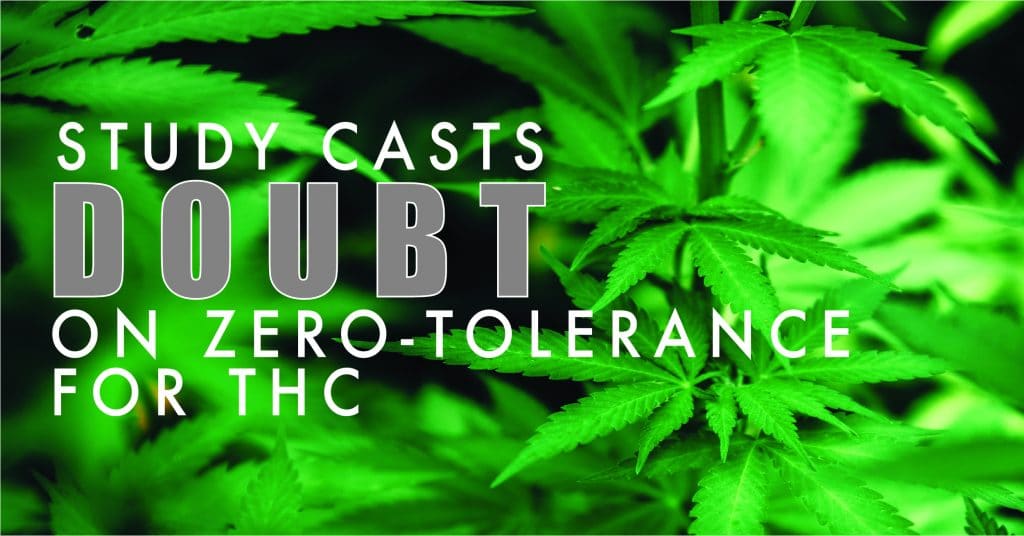 A new study carried out by researchers at the Toronto-based Centre for Addiction and Mental Health demonstrated that participants showed no detectable signs of impairment on the day after they smoked cannabis, although they still tested positive for its main psychoactive component, tetrahydrocannabinol (THC). According to Scott Macdonald, a retired professor at the University of Victoria, these results suggest implications for workplace regulations and laws which require zero traces of THC in employees’ drug test results.

“I consider it one of the biggest myths about cannabis, that there are 24-hour hangover effects that are measurable… When people smoke cannabis, they’re only impaired for a short, short period of time. You could have THC in your bloodstream, but you’re not a danger,” McDonald said in his interview with Global News. Furthermore, he referred to such laws as “not scientific.”

In the study, the participants used a driving simulator, with the scenario of driving on a nine-kilometre stretch of rural highway with an 80 km/h speed limit, and involved a few simple problems, such as a slow-moving vehicle. Immediately after smoking cannabis, the participants showed signs of impairment, such as driving too slowly or not being able to center the simulator’s vehicle. However, at 24 and 48 hours time points after smoking cannabis, they showed normal performance on the stimulator, despite having detectable levels of THC.

“Many jobs — typically those which are safety sensitive — have adopted a zero tolerance policy, but as cannabis becomes more integrated into society, we’re going to need to consider policies that are reflective of this change and embrace a better understanding of cannabis and its effects. Some jobs require drug and alcohol tests as a condition of employment, but it begs the question of how workplaces can manage the risk of impairment without an accurate measure of it.”

The study results demonstrate that cannabis impairment seems to disappear within 24 hours of consumption if not earlier. In contrast, individuals were still testing positive for THC long after the impairment had ended.

However, in some provinces young or new drivers are subjected to a zero-tolerance policy for THC. In Ontario, drivers who test positive for any amount of THC are subject to a three-day licence suspension, $250 fine and $281 licence reinstatement fee upon the first offence, with increasing penalties for repeat offenders. Furthermore, in Saskatchewan, new drivers who test positive for THC are subject to a 60-day licence suspension, as well as a three-day vehicle seizure and four demerit points.

“Most young people drive, and have day to day responsibilities like school and work, so when we have data demonstrating that individuals would test over the limits 24 and 48 hours after use, this does little to make our roads safer from impaired drivers and deserves a reassessment. Driving is a privilege, but at the same time, cannabis is legal now, and young people over the age of access should be able to consume on the weekend and drive one full day later to work or school without risking a DUI charge.”

“(The rule) was made thoughtfully and based on sound advice and evidence, considering the critical role members play in ensuring a safe workplace and a safe community. We will continue to research and explore this procedure. If at any time there is new science or research to cause us to re-evaluate our processes, we will do so.”