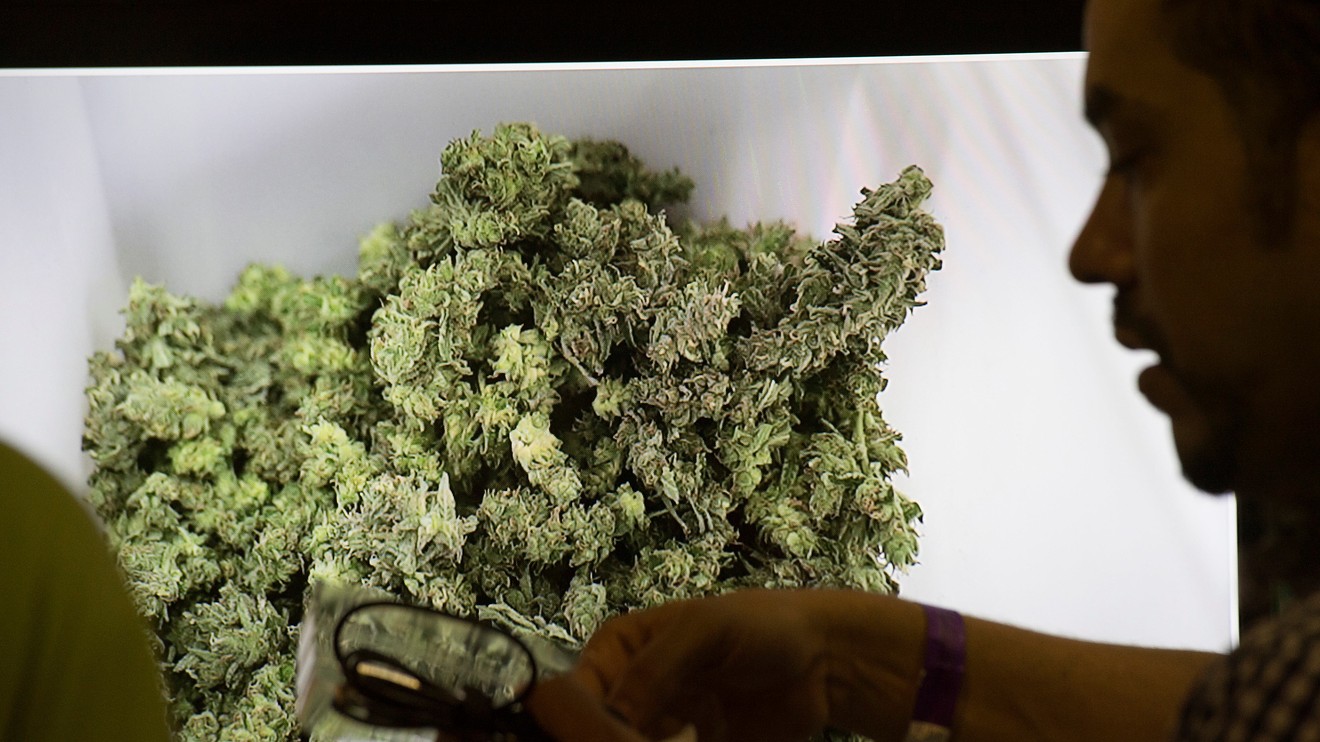 A Cowen team led by Vivien Azer said the headwinds that have battered the cannabis sector—a shortage of retail stores, pricing pressures created by a still-thriving black market and oversupply—aren’t easing as expected. And Cannabis 2.0, the next phase of legalization involving edibles and other derivatives, is unlikely to be the boost that the market was hoping for.

Azer lowered her 2020 Canadian total addressable market (TAM) forecast by 32% to C$3.5 billion ($2.6 billion) in legal sales, including medical cannabis and taxes. The analyst had already lowered her TAM forecast by 27% since January of 2017.

“While industry challenges around doors and high quality flower supply are well understood, we now believe that the slower than expected rollout of cannabis 2.0 products will also prove as a headwind to revenues,” Azer wrote in a note to clients.

Cowen’s in-person channel checks of about 20 stores found a severe shortage of edibles and a significant increase in value-based brands, suggesting legal cannabis is still struggling to compete with the black market’s cheaper prices. That’s “creating a bifurcation toward either value- or premium-priced flower with a glut of mid-priced inventory,” said the note.

There is also a shortage of cannabis beverages, as companies are finding it difficult to develop that category, including Canopy Growth CGC, -6.22% WEED, -5.91%,  whose biggest shareholder is drinks giant Constellation Brands STZ, -2.36%.

The market is also struggling with excess capacity, after many licensed producers established grow facilities that could serve far more than the Canadian market, said the note. When the global landscape for medical cannabis looked more promising ahead of Canadian legalization, companies were expecting strong international demand given that 41 countries had adopted legal medical cannabis.

“Unfortunately, we haven’t seen novel medical products yet to be introduced in Canada, while in international markets, category development has been hampered by restrictive policies around the issuance of prescriptions (e.g., the U.K.),” said the note. “As a result, the capacity that had been planned from the LPs looks to now greatly dwarf the current global demand.”

Cowen is most concerned about Aurora, given it is running out of cash with about C$200 million on had expected to suffice for just a few quarters. And while the company has C$200 million available on an at-the-market offering and another C$25 million in borrowing capacity, that would only get the company to near break-even levels by the end of fiscal 2021.

Adding to the gloom, the covenants in its bank deal require that it generate positive Ebitda (earnings before interest, taxes, depreciation and amortization) by the first quarter of 2021 and generate C$51 million for all of 2021, compared with Cowen’s forecast for Ebitda losses of about C$17 million.

For all of MarketWatch’s coverage of cannabis companies, click on: Cannabis Watch

Cantor Fitzgerald had a different take on Aurora, in a Monday note that reiterated its overweight rating on the stock. Analyst Pablo Zuanic said he is expecting a rerating of Candian LPs in the next year. The analyst said recent moves taken by the company to shore up its balance sheet and protect margins were positives and the stock’s underperformance versus peers is overdone.

Zuanic highlighted two metrics that make him optimistic; Aurora’s recreational sales in Canada are second only to those of Canopy Growth over the last five quarters and it is one of just five companies that have been able to maintain new recreational prices above $5.20 a gram.

“We do not factor optionality upside from the appointment of a new high-profile CPG CEO and or from a CPG partnership, but certainly that would imply greater upside,” he wrote.

Aurora shares were down 4.1% Monday, Tilray was down 8% and Sundial was up 5%. Canopy was down 5% and Cronos was down 7%, after it said it would delay the release of fourth-quarter earnings due this Thursday.