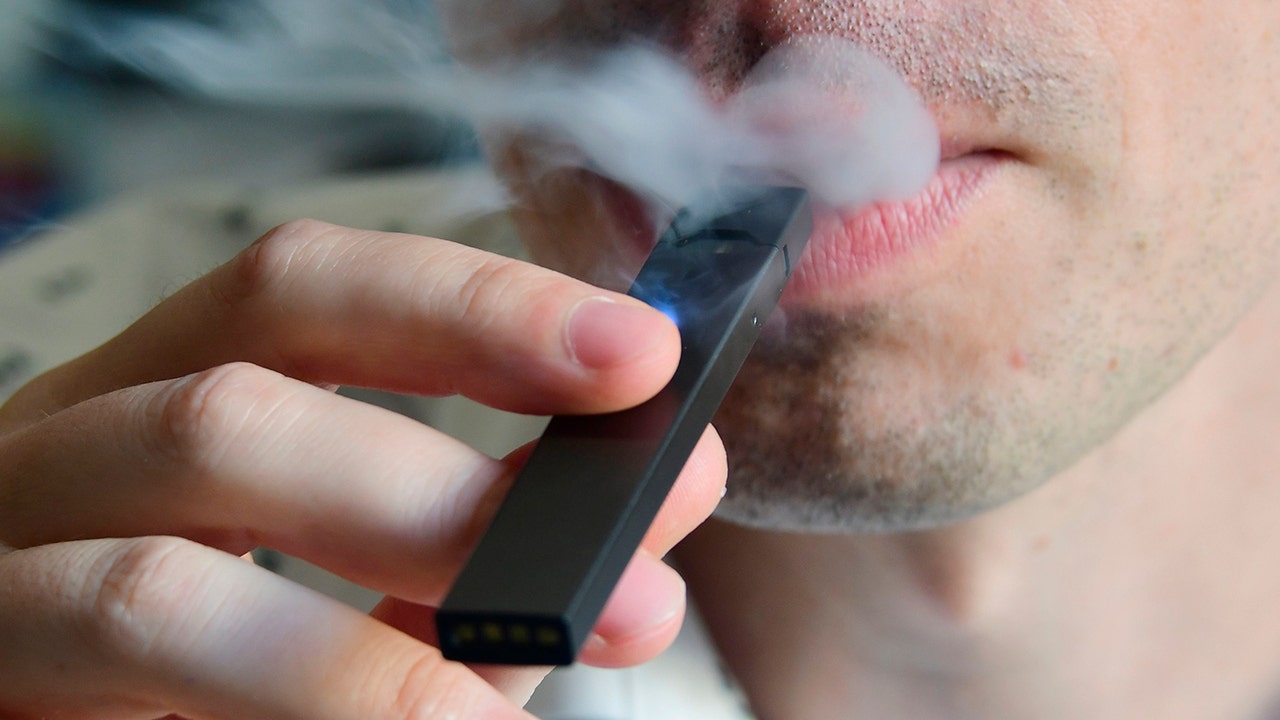 Fox Business Briefs: Juul is stopping the sale of fruit-flavored pods in Canada saying the move is part of the company’s ongoing review of its practices; Delta takes top spot for the third year in a row while American came in last in Middle Seat’s ranking of best and worst airlines.

Juul Labs Inc. plans to present to federal regulators a new version of its vaporizer designed to unlock only for users at least 21 years old as part of an application the controversial e-cigarette maker must file to keep its products in the U.S. market.

All manufacturers must submit their vaping products for Food and Drug Administration review by May 12 to continue selling them in the U.S. after that date. The companies must demonstrate that their e-cigarettes present a net benefit to public health — in other words, that the benefit of helping adult cigarette smokers switch to a safer alternative outweighs the potential harm of hooking young people on nicotine.

Juul has been blamed for a surge in underage vaping and faces a raft of state and federal investigations into its marketing practices.

The company by May intends to submit to the agency more than 250,000 pages, including scientific research, marketing materials and an update on its efforts to curb illegal sales to minors, according to a Juul official. Beyond that, Juul is laying the groundwork for additional submissions over the next three to five years, including an application to market its products as less harmful than cigarettes, the official said.

Marlboro maker Altria Group Inc., which owns a 35% stake in Juul, has been assisting Juul with the application. „Altria is working day by day with us, side by side, helping us extensively,” the Juul official said. „They took the lead on certain of the studies.”

Juul’s application is „designed to provide [the] FDA with the science and evidence needed to assess the role our products can play moving smokers away from cigarettes, while combating underage use,” a company spokesman said.

In its submissions to the FDA, Juul intends to outline a retooled marketing campaign and a proposal for a U.S. device capable of verifying the user’s age.

Juul has launched vaporizers in Canada and the U.K. that include an option for the device to be locked or unlocked using a Bluetooth connection to a mobile app. To sign onto the app for the first time, users must submit a photo of themselves as well as government identification. The app also allows users to monitor their nicotine consumption.

A new U.S. law in December raised to 21 the minimum age to purchase cigarettes, e-cigarettes and other tobacco products. The Juul vaporizer currently available in the U.S. has no lock function or mobile app. The company plans to submit its current U.S. device to the FDA by May, and a new device either in May or in a supplemental application later this year, according to a person familiar with the matter. The new vaporizer will come locked and will require verification that the user is at least 21 years old before it can be unlocked, the person said. It won’t track nicotine consumption.

Juul had been preparing to submit applications for several flavors in three different nicotine strengths, 1.7%, 3% and 5%, according to people familiar with the matter. But the company now plans to submit to the FDA by its May deadline just two flavors — menthol and Virginia Tobacco — in two strengths, 3% and 5%, the Juul official said. Juul hasn’t ruled out filing a future application for a nicotine concentration below 2%, but doesn’t intend to submit any other flavors, some of the people said.

Under pressure from regulators and lawmakers, Juul in 2018 shut down its Facebook and Instagram accounts in the U.S. and changed its advertising to feature actual adult smokers who had switched to Juul. But even after those changes, federal officials last year raised concerns about the company’s „Make the Switch” campaign. They argued that the ads implied that Juul was a smoking cessation device, a claim the company wasn’t authorized to make. Juul in September suspended all its print, broadcast and digital advertising in the U.S.

The company plans to propose to the FDA a new campaign that could run in stores, in direct mailings to adult cigarette smokers or in print publications with readerships that are 85% age 21 or older. The new campaign wouldn’t depict people. It would show only the Juul vaporizer, along with taglines such as „Designed for choice,” or „The satisfying alternative for adult cigarette smokers.”

Juul last August said it would spend $100 million in incentives for retailers to modify their point-of-sale software to block each Juul purchase until the shopper’s identification was scanned and verified. The rollout of that program has been slower than expected, with only 10,000 stores currently online, the Juul official said. The company expects 40,000 stores to have the system implemented by May, the official said.

Juul plans to submit more than 110 scientific studies as part of its application. Among them are studies that followed about 25,000 cigarette smokers for a year after they first purchased Juul. After six months, about 50% of them had completely switched to Juul from cigarettes. After 12 months, about 55% had switched.