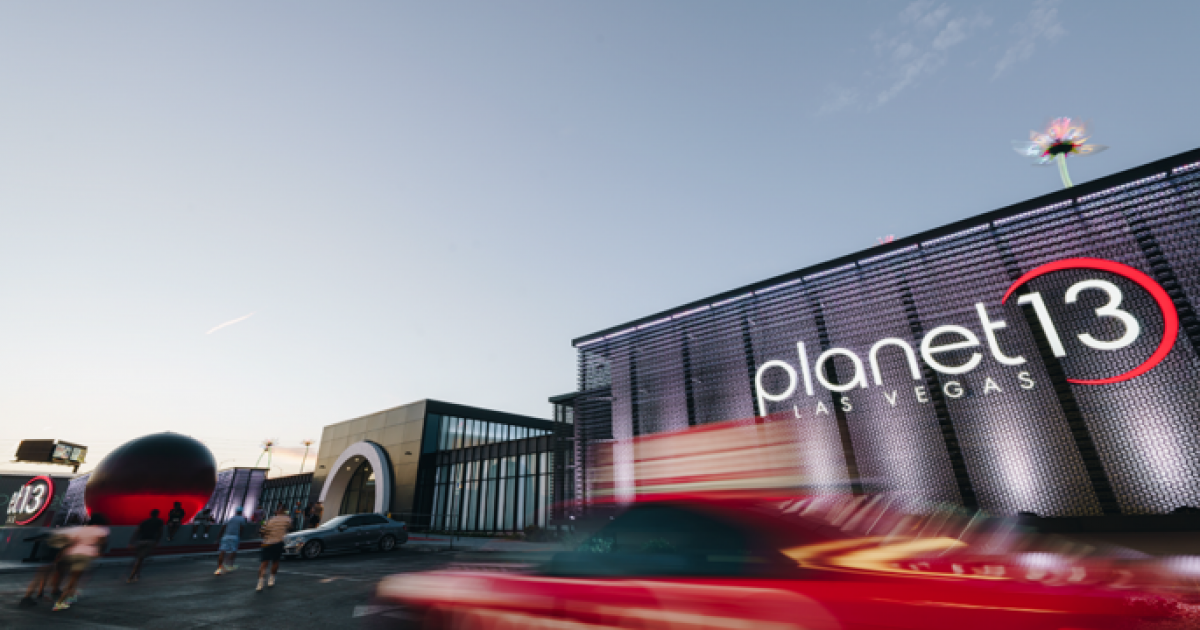 Planet 13 Holdings Inc (OTC: PLNHF) operates the world’s largest cannabis dispensary in Las Vegas, and co-CEO Bob Groesbeck discussed the company’s vision for the future of its megastore Monday at the Benzinga Cannabis Capital Conference at the Fontainebleau Miami Beach.

Planet 13 has already constructed about 75,000 square feet of its 112,000-square-foot facility, which includes art, entertainment, meeting space and plenty of cannabis-related shopping.

“We incorporated not only the retail sales floor, which is the largest of its type in the world, but also to bring in experiences that would complement that shopping experience, including a restaurant, bar, event space and about 16,000 square feet of production, of which a little over 3,000 square feet is behind glass,” Groesbeck said.

Planet 13 reported record sales in January despite it typically being a slow month, he said.

Customers cannot yet consume cannabis on the premises per Las Vegas law. Groesbeck said he is hopeful that those laws will change once the state legislature has finished studying the proposal.

“Everybody likes to come to Las Vegas to have a good time and spend money, and we want to help them achieve those goals,” he said.

Together, Groesbeck and two other co-founders together own more than 60% of the business, and Groesbeck said he’d like to maintain control of the company and keep dilution to a minimum unless an opportunity arises that makes sense for his shareholders.

Why Partnerships Are The Lifeblood Of The Cannabis Industry