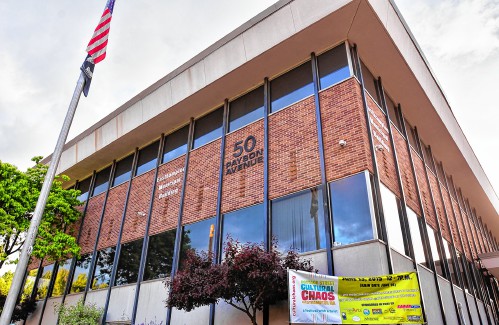 Earlier this month, the council approved a new cannabis impact fee stabilization fund in which the city plans to deposit the approximately $723,000 it received from INSA in January.

“It would be easy over the course of time to lose track of that money in the general fund and even to free cash,” Easthampton Mayor Nicole LaChapelle said at the Feb. 19 council meeting.

For the remaining four years of the host community agreement, the impact fee will be delivered quarterly, although it will still be 3% of recreational retail sales at the dispensary. The money can only be used to mitigate impacts on the city related to the dispensary’s recreational marijuana business.

LaChapelle said that the city will have to wait until the fall for the state to certify the money as free cash, which will allow the city to use it. She said that she will then ask the City Council to authorize its transfer into the new cannabis fund. With the establishment of the fund, the council is now able to vote on signing onto state legislation that allows impact money to go directly into the fund once it is received. This would start happening in the new fiscal year, which starts July 1, should the legislation be approved this fiscal year.

Any expenditures from the fund must be approved by the City Council by a two-thirds vote.

“Public infrastructure and community education are two priorities,” said LaChapelle, speaking to the Gazette Tuesday. “The impact of traffic in the city has increased exponentially.”

She also said that the money could be used toward some of the projects in the integrated stormwater management plan, providing healthy choices for youth, and in the planning, police and fire departments.

The City Council also approved a tax rate stabilization fund, which can be used to exert downward pressure on the city’s property tax rate. The mayor said that she plans to budget some of the city’s free cash in fiscal year 2021 for the fund.

“We want everybody to have a better quality of life,” she said.

Expenditures from the fund can be used toward the city’s budget but must be approved by the City Council by a two-thirds vote.