With some 40 amendments, the enrolling of SB121 comes just a few days before the program opens for the first day of business on Monday.

“This bill makes needed adjustments and clarifications to Utah’s medical cannabis law,” Herbert said. “These changes will help us ensure that Utah patients have the best possible access to cannabis products as our new program rolls out on Monday, March 2.”

Some of the more notable changes included in this bill have to do with packaging, expungements, dosing and how many patient recommendations general practitioners and specialists are allowed. 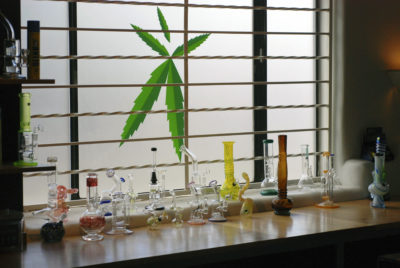 One of the more time-sensitive issues to resolve before the launch of the program had to do with testing the product. During the general session on Thursday, the chief sponsor of the bill, Sen. Evan Vickers, talked about the importance of finding an alternative testing method in the initial stages of the program.

The provisions of the bill allows for the Department of Agriculture to perform the testing in the interim with existing funds, Vickers said.

“The provision is that they would test until we get two independent licenses up and running,” he said.

In a previous article, Andrew Rigby, director of the Medical Cannabis and Industrial Hemp program, said there is some risk with setting up a laboratory specifically for cannabis, and there’s not as much incentive for laboratory operations as there are for cultivation processing and pharmacies.

“We estimate anywhere from 1-2% of the population could be patients of the program. It’s not going to be a very large program,” he said, “and laboratories traditionally tend to make the least amount of profit.” 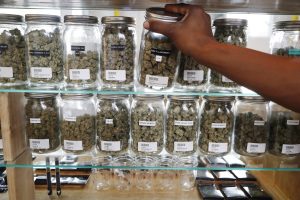 In this Oct. 2, 2018, file photo, a clerk reaches for a container of marijuana buds for a customer at Utopia Gardens, a medical marijuana dispensary in Detroit. | Photo by Carlos Osorio, Associated Press, St. George News

Another time-sensitive issue was in making sure there is product available by March 2, the first business day after the launch of the program. In order to facilitate this mission, a growing site was allocated and used as a small growing operation. Under the bill, this site is allowed to be used in addition to the future long-term site.

“So this allows them to use both of those sites if they’d like, so they don’t have to go back and tear that infrastructure out, Vickers said. “But their square-footage would still be capped.”

Most of the product will be grown in a greenhouse type of environment. Under the new provisions, growers would be able to stack product, and thus keep within the allotted square-footage and allow for more room to cultivate industry needs.

On Jan. 3, the Utah Department of Health awarded licenses to 14 medical cannabis pharmacies across the state. According to the Utah Medical Cannabis Program website, eight of these locations are set to open as early as March, and the other six are projected to open as early as July.

Only one dispensary is set to open on Monday, Dragonfly Wellness in Salt Lake City, and product will be limited. But under the provisions, people with a medical cannabis card and an “affirmative defense letter” will be able to travel out of state and purchase product until the end of the year.

After graduating with a Master of Fine Arts in creative nonfiction, Aspen has spent time writing and traveling.