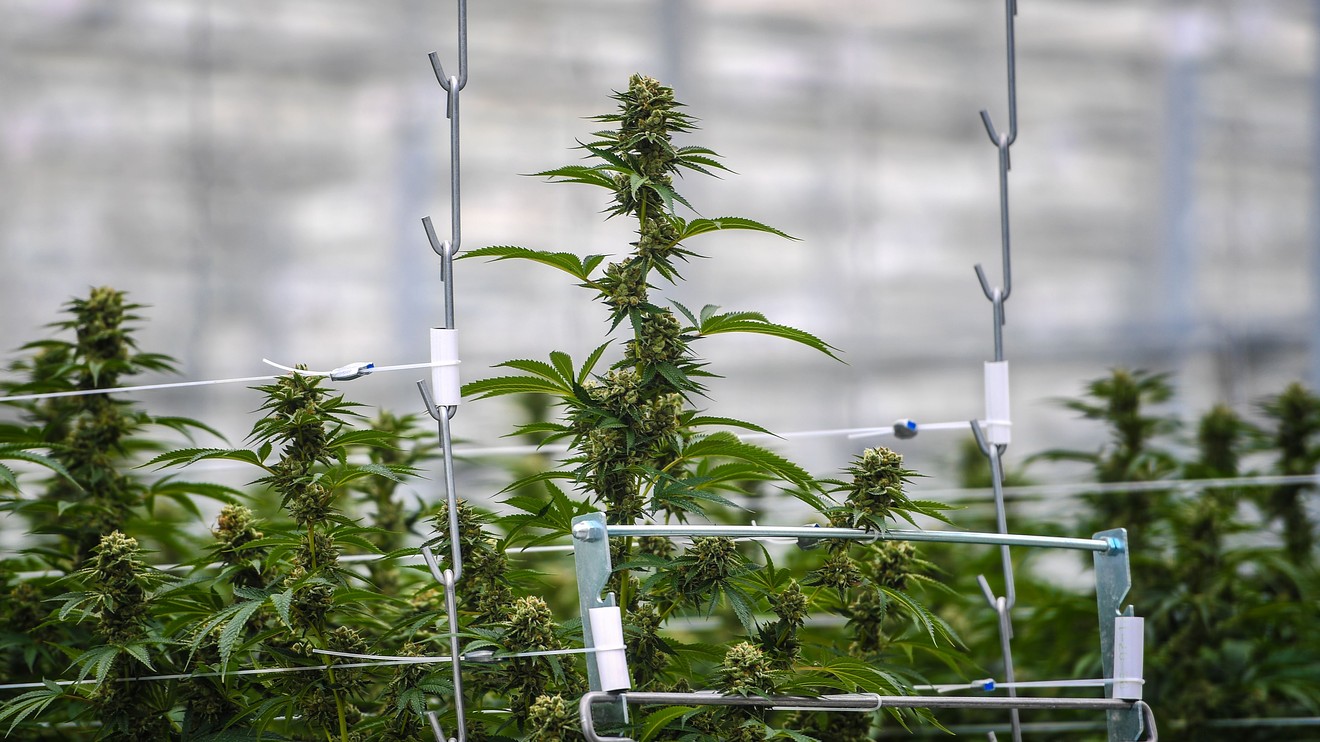 Tilray Inc. stock was the biggest decliner among Canadian licensed cannabis producers on Tuesday, as analysts weighed in on weaker-than-expected fourth-quarter earnings that included a revenue miss and $112 million impairment charge.

The cannabis sector was also weighed down by losses in the broader market, after a surprise 50 basis point rate cut by the Federal Reserve failed to have the desired effect. The Fed cut rates in a response to the expected economic impact of the coronavirus that has sickened more than 90,000 people around the world. Stocks initially rose but quickly turned lower. The Dow Jones Industrial Average DJIA, -3.58% was last down more than 400 points, while the S&P 500 SPX, -3.51%  was down 31 points.

The only positives in the Tilray TLRY, -15.24%  report “are coming from promises,” said Jefferies analysts Owen Bennett and Ryan Tomkins, noting sales, margins and earnings before interest, taxes, depreciation and amortization (EBITDA) all worsening from the previous quarter. The revenue miss was mostly due to a decline in bulk sales, with the company warning that demand for extract products and feedstock has dissipated in Canada, and forecasting that trend to continue into 2020, they wrote.

“While the valuation is looking more attractive vs. the past, execution continues to disappoint, and until the company can restore damaged trust/credibility (all previous bullish projections not materializing), it will limit near-term rerating,” the analysts wrote in a note.

They reiterated their hold rating on the stock and $17 price target, or about 26% above the current price. The stock was last down 14%.

Benchmark cut its price target to $28 from $40 on the news, but analyst Mike Hickey stuck with his buy rating on the stock and highlighted some positives.

“Core segment performed favorably, adult use sales delivered 7% sequential growth (up 34% before returns and pricing reserves) and growth in net average selling price per gram and the hemp segment grew 18% sequentially,” Hickey wrote in a note to clients. “We remain encouraged on the cannabis 2.0 launch of value-added products in Canada and additional retail stores should provide a performance catalyst and path toward positive adjusted EBITDA.”

MKM analyst Bill Kirk reiterated a neutral rating on the stock and $26 fair value estimate. Kirk said he still likes Tilray’s plan to enter the U.S. via Manitoba Harvest and hemp seed food products, which should serve as a launchpad as regulations evolve. The company’s plans for Portugal cultivation also make sense given a favorable climate and labor force.

“Tilray valuation is more reasonable (~10x EV/2023 EBITDA) than many peers, but next year’s (FY20) numbers are still too high in our view. We expect cultivator profitability to come under increasing pressure with new supply coming on,” Kirk wrote. “We have observed a similar trajectory for growers in the U.S. during their first three years of operations. The sooner Tilray can derive the majority of its sales from Europe with product grown in Portugal, the better.”

At Ladenburg Thalmann, analyst Glenn Mattson said while the quarter showed the company performing below expectations, a path to profitability is beginning to emerge. A combination of better product availability in international business and growing retail footprint in Canada’s more populous provinces “should lead to significant growth in the second half. We believe the company is overall well positioned in Canada, Europe and the U.S. and look to grow more constructive on the name once some evidence of better results begins to emerge.” Mattson rates the stock as neutral.

Cronos Corp. shares CRON, -13.37% CRON, -12.39%  slid about 9%, after the company said it is unable to complete its financial statements for fiscal 2019 because of a continuing review by an internal audit committee, outside lawyers and forensic accountants.

In a filling with the Securities and Exchange Commission, the company said the review is looking into accounting practices and revenue recognition related to several purchases of bulk resin and sales of products through the wholesale channel. It expects to record a material inventory write-down, a gain in revaluation of its financial liabilities, restructuring charges and an increase in net income.

Stifel analysts downgraded the stock to hold from buy and lowered its price target to C$8 from C$12.

“We find the outlook for the shares difficult to analyze at this point given the investigation and given the lack of SEC filings at least in the short run,” analysts led by Andrew Carter wrote in a note. “We believe the outside involvement from “outside counsel and forensic accountants” underscores the potential gravity of the situation.”

Jefferies analysts said the wording of the filing suggest the investigation is related to a third-party oil supply agreement, similar to one that has led Hexo Corp. to be sued.

“With the update raising question marks around the sales number last quarter, one of few positives, it will not support sentiment on the name,” they wrote, reiterating an underperform rating on the stock and C$7 price target.

Elsewhere in the sector, Cresco Labs CRLBF, -12.24% CL, -12.25%  fell 9.7%, after the company said its co-Founder and President Joe Caltabiano is resigning with immediate effect. The Chicago-based cannabis company said Caltabiano’s management duties will be taken up by Chief Executive and co-Founder Charlie Bachtell and other members of the company’s leadership team. It did not offer any further details on the move.

Cannabis Watch: For all of MarketWatch’s coverage of cannabis companies: Click here