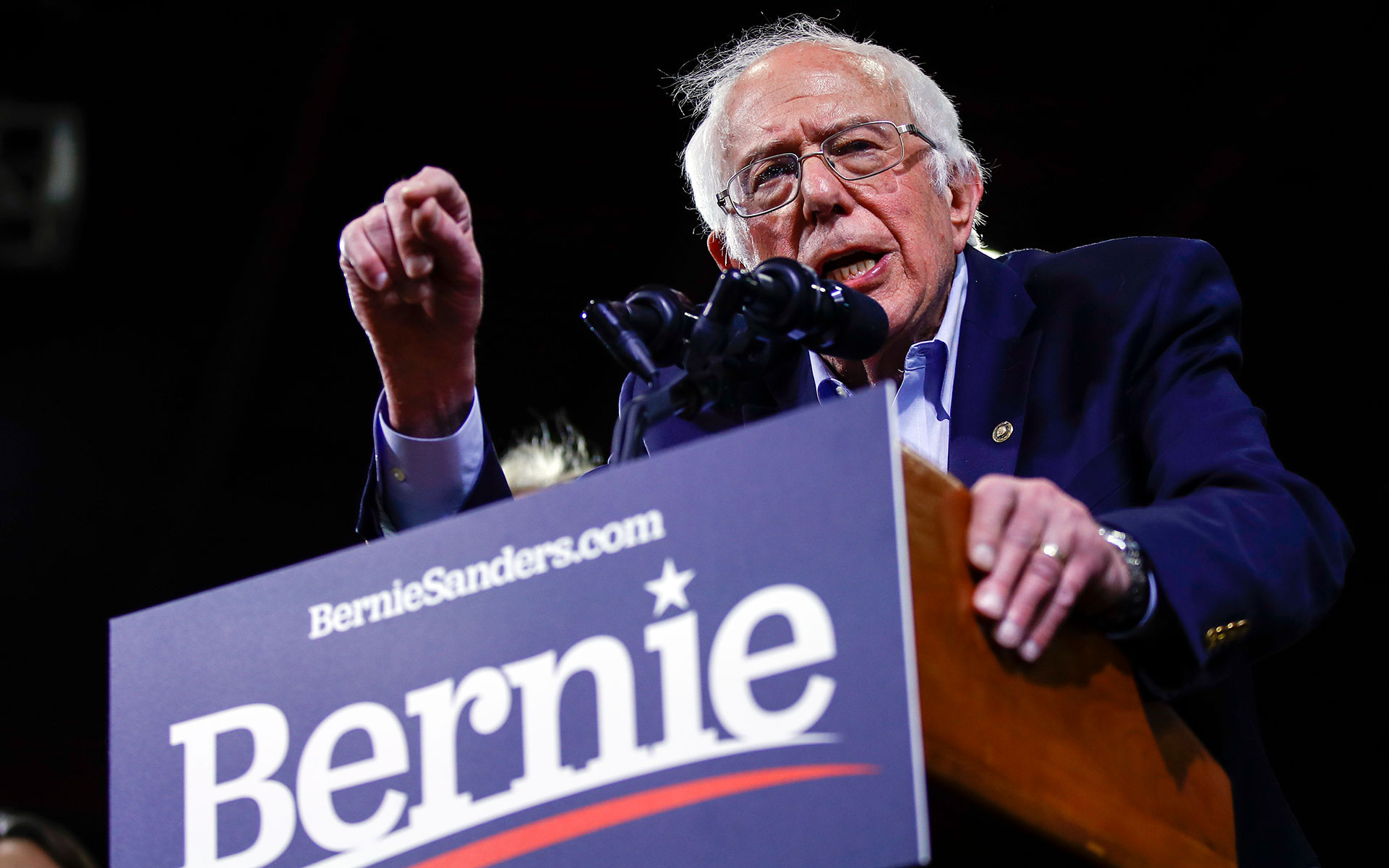 Sen. Bernie Sanders has long been an advocate of cannabis legalization. He and Sen. Elizabeth Warren are the only two remaining candidates in the 2020 presidential campaign who vocally support federal legalization. Sanders has repeatedly said that, if elected, he’d sign an executive order on his first day in office to legalize cannabis in all 50 US states.

That promise makes a rousing line in a stump speech. But could he really do it?

Unfortunately, it’s not so simple.

A Sanders administration would almost certainly mean a step forward for cannabis policy in the United States. But it’s virtually impossible for any president to sign a document on Day 1 that would immediately legalize cannabis throughout the country. Our federalist system of government simply doesn’t work like that.

How to legalize cannabis in the US

There are two general paths to legalizing cannabis under federal law. Either Congress can pass a bill and the president can sign it into law—in which case having Sanders or Warren in office would definitely help this along—or the executive branch can deschedule cannabis administratively.

The first path, via Congress, is by far the simpler method. Federal lawmakers pass a bill that says, essentially: “All that stuff we said about cannabis being illegal? That’s gone. Here’s what we’ll do instead.”

Even that is no easy task. Not only do you have to convince Congress to pass a bill, but then you have to set up a system to regulate the plant and its products nationwide. As we’ve seen the ongoing federal effort to figure out how to regulate CBD, it could be years before a framework for legal interstate sales might be complete.

Let’s say you do all that. Congratulations! You’re still stuck within a federalist system, meaning states themselves can make cannabis illegal even if federal prohibition comes to an end. And most states still outlaw marijuana for adult use.

A federal law could conceivably attempt to prohibit states from banning the drug, but that could be—and likely would be—challenged in court. Assuming more states would legalize in the absence of federal prohibition, it would still take years before most states had functioning cannabis markets.

When State and Federal Laws Conflict, Who Wins?

What about an executive order?

Would-be President Bernie Sanders could absolutely sign an executive order on Day 1 that launches a process to legalize cannabis under US law. But it would not usher in legalization immediately, as one might reasonably interpret from his statements such as “On my first day in office through executive order we will legalize marijuana in every state in this country.” That’s an overstatement.

Whether or not a president could legalize cannabis through executive order is, as you might suspect, not a new question. Remember the hiker in Hawaii who yelled at Obama to “legalize it”?

Perhaps the best, if most disheartening, discussion of this route is by John Hudak and Grace Wallack at the Brookings Institution, in their 2015 paper, How to reschedule marijuana, and why it’s unlikely anytime soon.

As Hudak and Wallack note, legalizing cannabis federally through the administrative path would require rescheduling (or descheduling) cannabis and THC under the US Controlled Substances Act. What does that look like?

Here’s the full Brookings answer to whether a president could legalize through executive order:

In a nutshell, administrative rescheduling begins when an actor—the Secretary of Health and Human Services or an outside interested party—files a petition with the Attorney General or he initiates the process himself. The Attorney General forwards the request to the HHS Secretary asking for a scientific and medical evaluation and recommendation, as specified by 23 USC 811(b-c). HHS, via the Food and Drug Administration conducts an assessment and returns a recommendation to the Attorney General “in a timely manner.” The Attorney General, often through the Drug Enforcement Administration, conducts its own concurrent and independent review of the evidence in order to determine whether a drug should be scheduled, rescheduled, or removed from control entirely—depending on the initial request in the petition.

If the Attorney General finds sufficient evidence that a change in scheduling is warranted he then initiates the first stages of a standard rulemaking process, consistent with the Administrative Procedures Act. During rulemaking and consistent with Executive Order 12866, if the White House—through the Office of Management and Budget’s Office of information and Regulatory Affairs—determines the rule to be “significant,” it will conduct a regulatory review of the proposed rule—a very likely outcome given the criteria in the EO.

What this means, in a smaller nutshell, is that a Sanders administration could absolutely have an impact on US cannabis policy, but it’s neither guaranteed nor particularly immediate. A President Sanders would almost immediately appoint a new US attorney general, a new head of Health and Human Services, and a new DEA administrator. But even then it would be a long, bureaucratic process just to begin the process of legalizing.

So why is Sanders saying this?

If you want Sanders to justify how he could literally fulfill his promise to legalize cannabis on Day 1 in all 50 states, you’re not alone. Reporters have repeatedly reached out to his campaign to ask about specifics, so far to no avail.

What Sanders is almost certainly doing is speaking symbolically, to represent his commitment to supporting the process to legalize cannabis. If the campaign claims otherwise, we’ll update this story.

Keep in mind, though, that Sanders isn’t only pledging to sign an executive order, regardless of what that would mean. He’s also a current co-sponsor of congressional legislation that would end federal prohibition and the threat to state-legal programs that still exists under US law. As discussed earlier, that’s many advocates’ preferred path to legalization, anyway.

Who to vote for if you support cannabis legalization

President Donald Trump is a wildcard when it comes to drug policy. He’s at times said he supports medical cannabis, and at other times he’s applauded the death penalty for drug dealers. He’s pledged to sign a legalization bill if it should ever get through Congress, but it wouldn’t be the first time he changed his mind when push came to shove. As we’ve written before, Trump is a Rorschach test when it comes to cannabis policy: It’s easy to see a lot of different things in his statements, but it’s not clear that anything’s actually there.

Who does that leave in the race who supports legalization? Bernie Sanders and Elizabeth Warren. If you want your vote to support legalizing cannabis, those are your only two options. 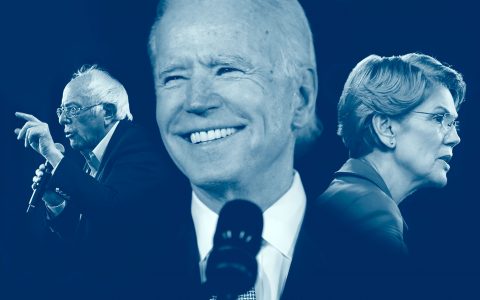 Super Tuesday results: What they mean for cannabis 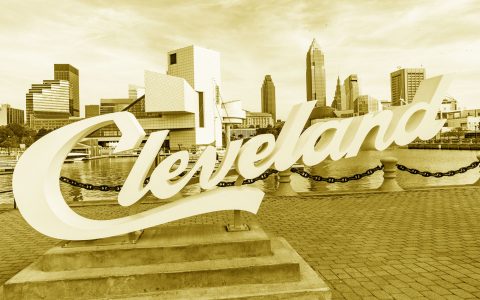 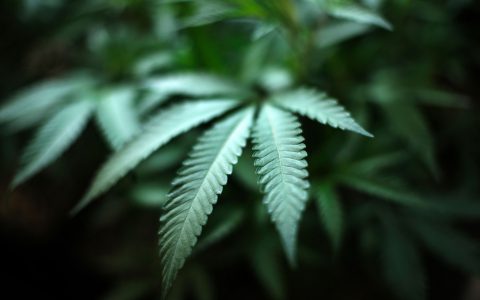