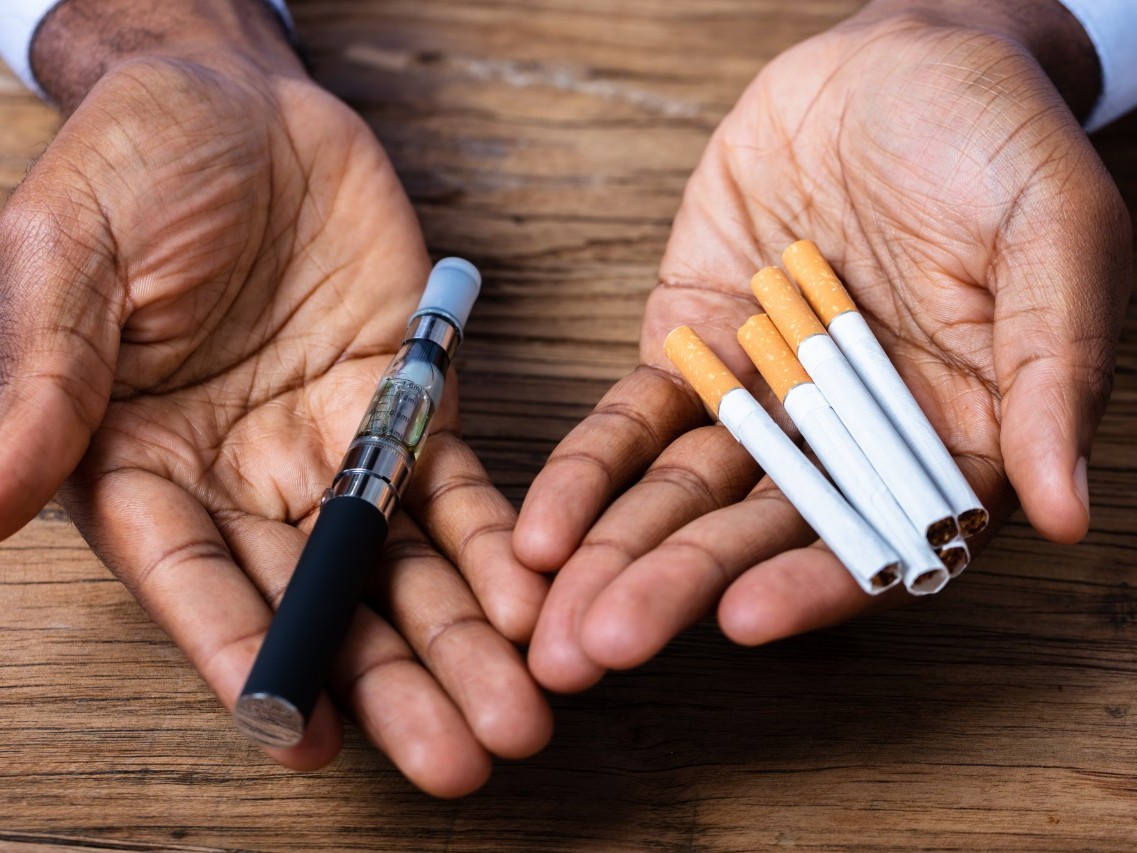 During the first class, a student became unresponsive from using a vaping device before school, said Principal Renay Johnson in a letter. Another student went to the health room shortly after because he was feeling ill.

Vaping is referred to the usage of e-cigarettes, vape pens, and Juuls (a popular e-cigarette brand). These e- cigarettes heat up a liquid, such as nicotine, and turn it into vapor that is inhaled. Usually these devices are smokeless and often odorless.

According to Montgomery Blair’s website, the first class begins at 7:25 a.m. on a regular school day. The students had ingested THC and were both taken to Holy Cross Hospital in Silver Spring. They were later discharged and released to their families, Principal Johnson said.

THC or tetrahydrocannabinol, is an illegal drug and gives a similar high as marijuana, Johnson wrote.

She said, “Vaporizers/e-cigarettes come in all different shapes. Some common styles look like a thick pen, a stylus for an iPad, a flash drive, or a small flask with a round chimney coming off the top. The devices are very small and can easily be hidden on a person or blend in with normal backpack items.” Johnson urges parents talk to their children about the dangers of vaping.

I am writing to inform you about two medical emergencies that occurred this morning at our school. Two students were under the influence and ingested THC, an illegal drug, through a vaping device that they used prior to coming to school. At the beginning of the first block, one of the students became unresponsive and a second student went to the health room feeling sick. Ms. Harris, our school nurse, called 911 for both students. The students were transported to Holy Cross Hospital by ambulance. The students were later discharged and released to their families.

This year, school administrators have met with students to share information on the effects of vaping and students participated in a vaping lesson during our Innovation Period. In addition, students have participated in vaping lessons in our Health courses. Vaping is the act of inhaling a vapor produced by an electronic vaporizer or e-cigarette. The vapor usually contains nicotine and could contain other substances. The liquids that are vaporized come in many different flavors and might even smell fruity. For example, many of the flavors of these liquid concentrates, or ‘vape juices’, are sweet and even have names such as, cinnamon roll, marshmallow, bubblegum and cookies. Unlike cigarettes, vaping is smokeless and often odorless. This makes it very hard to detect. Some vaping devices can be used to vape THC oil, which causes a high similar to marijuana. For this reason, vaping is an act that rises to a level of significance higher than traditional tobacco use.

Vaporizers/e-cigarettes come in all different shapes. Some common styles look like a thick pen, a stylus for an iPad, a flash drive, or a small flask with a round chimney coming off the top. The devices are very small and can easily be hidden on a person or blend in with normal backpack items. Like cigarettes, stores cannot sell vaping items to people under the age of 18. However, students can purchase the devices online or buy from older siblings, friends, or family members. I encourage you to discuss this issue with your child and to engage them in an honest conversation about the negative effects of vaping.

Vaping and smoking are prohibited as stated in Montgomery County Public Schools Code of Conduct https://www.montgomeryschoolsmd.org/students/rights/

While we try to proactively educate students to prevent any incidents, please note that we will issue consequences for students caught vaping or juuling on school property. It is my hope that as a community we can support our students by keeping them healthy and safe. If you have any questions or concerns, please contact your grade level administrator or counselor.

Thank you for your support.

Josalyn Perez is an intern for Montgomery Community Media. She is a Mass Communication major at Towson University. Josalyn can be reached at jperez@mymcmedia.org.