Then, a lunch habit bit him.

In September of 2018, an anonymous tip to U.S Postal Inspectors claimed Germany stole over 100 pounds of weed out of the mail over a six month period.

The unidentified person, according to a criminal complaint filed in federal court, said Germany spent lunch breaks checking large parcels, mostly from California, for drugs. If he found marijuana or methamphetamine, Germany took them home, where a contact allegedly took the drugs to sell and split money with Germany.

He pled guilty in September 2019 to possession with intent to distribute controlled substances.

But that is old-school.

“Vaping is huge in the United States right now,” said E.R. Beach, owner of Hemptations. He has stores in Northside, O’Bryonville and Sharonville that sell CBD and Hemp products. “It’s a new trend in cannabis, period. You can go out in public with them and no one knows. It’s a lot easier to hide your consumption with a THC vape cartridge.” 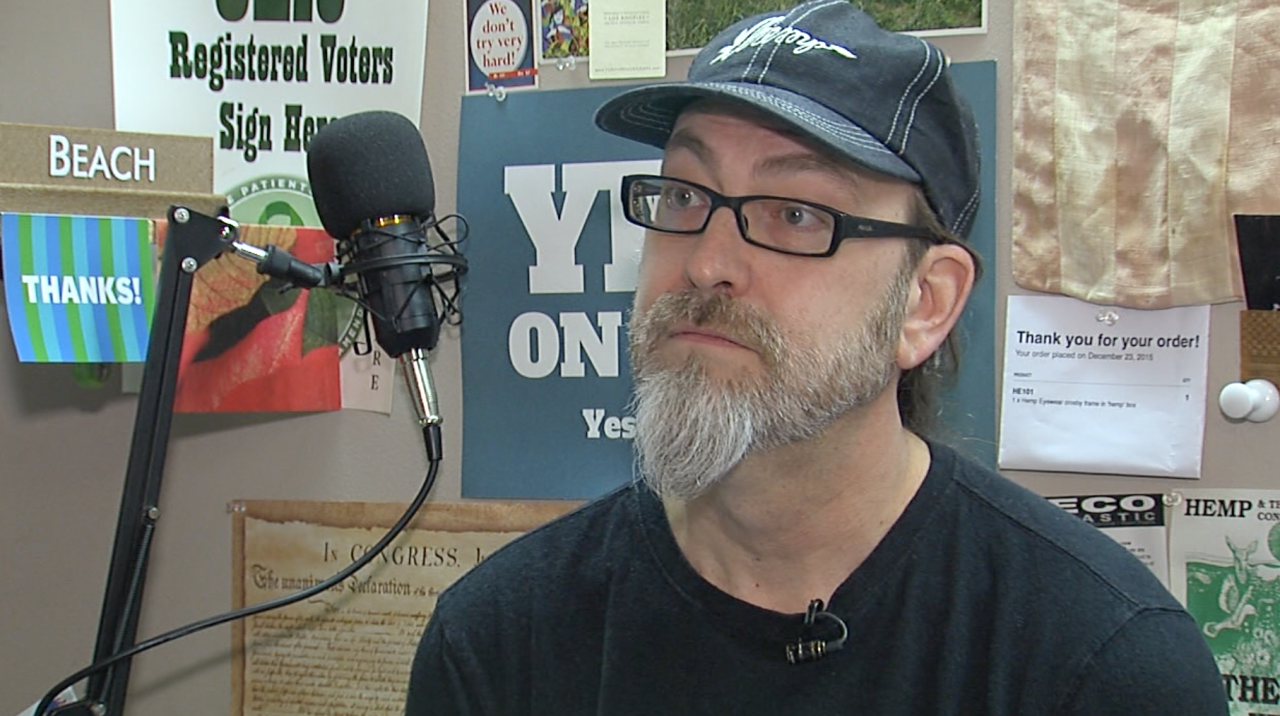 Vape oil, whether its used with THC or nicotine, is flavored and, when heated, the vapor and smell is no different than other vape products, Beach and law enforcement officers said.

Beach sells hemp clothes, paper, plastic and food in his stores. He does not receive marijuana through the mail. But, when you work 25 years in his industry, you hear things, Beach said.

“Our medical marijuana program charges almost $500 a gram for medicine, where you can get it shipped from Colorado probably for $250 a pound,” he said.

The Postal Service said in a statement it has “no interest in being the unwitting accomplice” to anyone distributing illegal drugs or paraphernalia in the mail. Inspectors, though, admit to seizing thousands of drug shipments and have a standing $50,000 reward for information about drugs or drug payments going through the mail.

“Our objectives are to rid the mail of illicit drug trafficking and the associated violence preserve the integrity of the mail, and most importantly, provide a safe environment for postal employees and Postal Service customers – the American public,” Kathryn Woliung, U.S. postal inspector and team leader public information officer said in a statement.

“I really didn’t see them except for the last year or two,” Chris Coners, director of the Northern Kentucky Drug Strike Force, said. “Now, we’re seeing them in the thousands. We’re seizing thousands of them.” 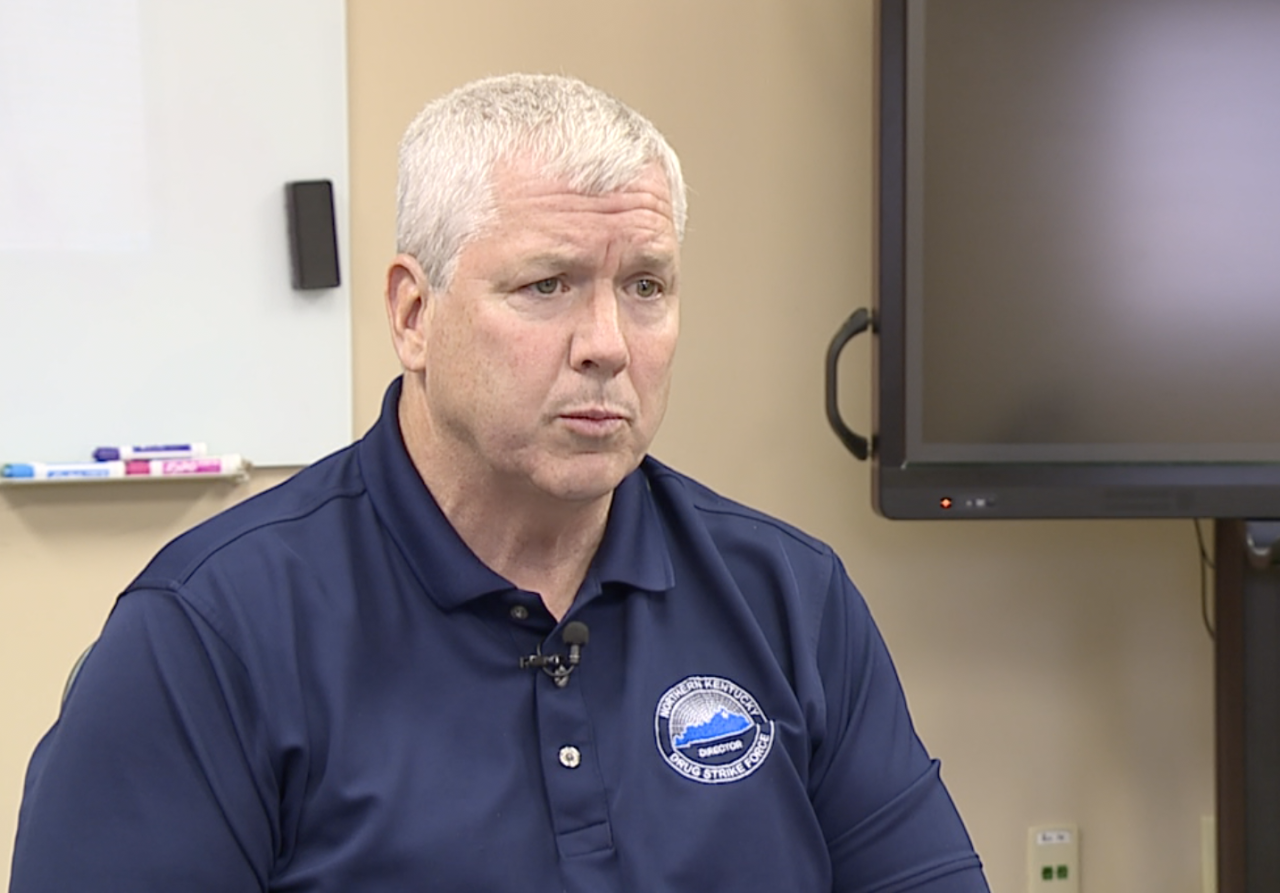 Coners said marijuana seizures in Boone, Campbell and Kenton counties are smaller than the 300- to 500-pound hauls cops used to get in the ’90s.

What they seize now, though, is three times more expensive, he said. With THC potency near 80 percent in everything they seize, Coners thinks he knows the source.

“Nowadays we are receiving marijuana in this area that comes from those states, predominantly in the west: California, Washington, Oregon (and) Colorado,” Coners said. Recreational marijuana is legal in those states, plus eight others.

The WCPO 9 I-Team asked for harvest and inventory data from the four states Coners named.

An email from the Washington Liquor and Cannabis Board claims it does not “not have any way to answer” our questions.

A spokesperson for the California Cannabis Control Board first said “the state does not track that data.” Then, the California Department of Food and Agriculture told us “all of that data is confidential.”

In 2017, Colorado reported 26 percent of legally grown marijuana flower and buds went unsold. A year later, the figure rose to 29 percent. The state had only partial stats for 2019.

Oregon’s February inventory had 1.3 million pounds of useable, edible and marijuana concentrate. That is double what growers sold in the previous 12 months.

Growers in that state are supposed to destroy leftovers. So the onus is on police to prove any part of legal crops illegally land in the Tri-State.

“We do interviews,” Coners said. “We use other resources to determine the source of whatever we seized. Not always, but we often do find out where it originates whether or not we can put a case on those locations or people. The truth is a lot of it does get through, obviously.”

The U.S. Supreme Court refused to hear that lawsuit.

Whatever rules or laws Kentucky passes, Coners’ team will enforce them, he said. He is also certain that drug smugglers will still try to deal by car, plane, train or parcel.

“The challenge hasn’t changed,” Coners said. “They’re trying not to get caught and our job is to figure out who is legally involved.”