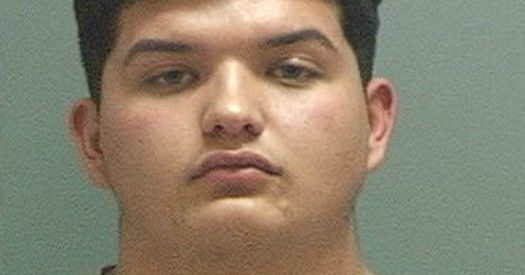 WEST JORDAN — A Sandy man charged in a THC vape cartridge distribution ring in February, who was convicted of the same crime last year, has been arrested again.

Anthony Studham, 19, was arrested Tuesday for investigation of engaging in a criminal conspiracy, drug distribution, engaging in a pattern of unlawful activity and money laundering.

In October, Studham pleaded guilty in 4th District Court to drug possession, a third-degree felony, and two other misdemeanor crimes. He was placed on probation for a year.

But just one month later, he was arrested again for allegedly selling large amounts of black market THC vape cartridges, according to police. Police noted in their affidavit that Studham “had no job and had paid over $30,000 in cash for his Mercedes.” Studham was formally charged in that case in February in 3rd District Court with drug distribution, a second-degree felony; arranging drug distribution, a second-degree felony; and possession of drug paraphernalia, a class B misdemeanor.

Studham is scheduled to make an initial appearance in court on that case next week.

But on Tuesday, West Jordan police arrested him again after a detective learned that Studham “was continuing to sell THC items in bulk throughout Utah,” according to a police affidavit.

“The information I had received was that the suspect (was) using his uncle to rent vehicles and drive him to California and purchase the narcotics. The uncle then drives the suspect back to Utah where the suspect reportedly sells the drugs to handful of local dealers,” the affidavit continued.

Police conducted surveillance on Studham and watched him “come out of his uncle’s home and load multiple brown boxes” into a rented vehicle, the affidavit states.

Detectives followed the car and pulled it over when it committed a minor traffic violation. A police K-9 was then used to sniff the vehicle and indicated there was something in the trunk, according to the affidavit.

“During a search of the vehicle, myself and assisting detectives located approximately 1,000 Big Chief Brand THC cartridges and a large vacuum-sealed bag of a leafy-like substance consistent with marijuana (approximately a pound not weighed), and just under $16,000 in U.S. currency,” the affidavit states. “In my experience, when THC cartridges are sold illegally they generally sell for between $20-$40 showing the suspect was in possession of thousands of dollars of cartridges. The money was wrapped in rubber bands mostly in $1,000 amounts. The currency was mostly mixed of $100, $50 and $20 bills and is generally an indication of illegal drug sales.”

An additional $12,000 in cash was found inside a backpack found in the car. Police are requesting Studham be held on no bail.