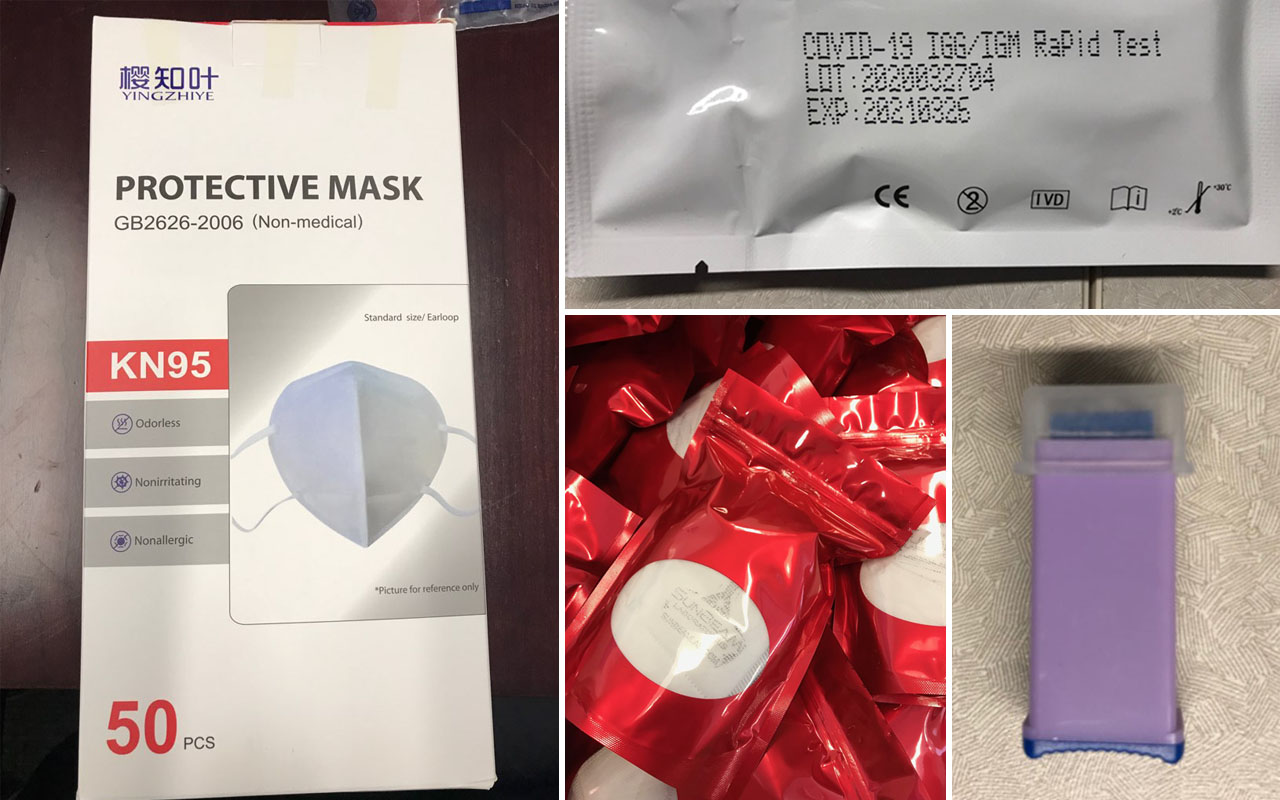 More than 22,000 mislabeled and substandard KN-95 masks and 1,000 unauthorized Covid-19 test kits were seized Friday from SunBeam Laboratories in Lockport, federal officials announced. No arrests were made Friday, but the owner of the lab, which tests CBD oil, was charged earlier this year for allegedly importing wild African cats.

Neither the masks nor the kits, imported from China, were approved by the Federal Food, Drug and Cosmetic Act, federal officials said.

Homeland Security Investigations Buffalo special agents, officers from U.S. Customs and Border Protection and the Niagara County Sheriff’s Department, working with the United States Attorney’s Office for the Western District of New York, conducted the search warrant that led to the seizures.

KN-95 masks, similar to N-95 masks, are supposed to filter out 95% of particles and must meet strict guidelines set by the FDA.

SunBeam Labs, which started as a CBD oil tester, recently received FDA approval to make hand sanitizer, which is a sought after product in the age of Covid-19.

However, investigators said the lab doesn’t have approval to sell Covid-19 test kits. The seized kits are also suspected of having not been stored properly.

Both the masks and the kits were advertised Friday on SunBeam Labs’ website.

The owner of SunBeam Labs, Christopher Casacci of Amherst, was in the news earlier this year when federal authorities charged him with trafficking African wild cats, including caracals and servals, some of which died in his care.

In a 33-count indictment, Casacci was accused of violating the Lacey Act, a federal law prohibiting the illegal importation and sale of certain types of fish, wildlife and plants.

Casacci was accused of operating a website, ExoticCubs.com, and unlawfully importing 18 caracals and servals, cats weighing up to about 40 pounds that are common to southern Africa, over a five-month period in 2018.

His attorney in the exotic cat case, Nicholas Romano, argued in court papers filed earlier this month that he is an animal lover who intended „to rescue African cats and place them in healthy, safe sanctuaries and other environments.” Casacci also „limited his project to small serval and caracal kittens, which were no larger than 3 to 12 pounds, or the size of a domestic cat.”

No charges have been filed in connection to the masks and kits. The seizure was part of an ongoing criminal investigation.

“Criminal groups that would seek to profit off of a global pandemic have no regard for the health of their potential customers,” said Kevin Kelly, special agent in charge of HSI Buffalo.

HSI has been working with the Justice Department and U.S. Customs and Border Protection on „Operation Stolen Promise,” targeting criminal activity related to the pandemic, including schemes regarding prohibited pharmaceuticals, cybercrimes and scams.