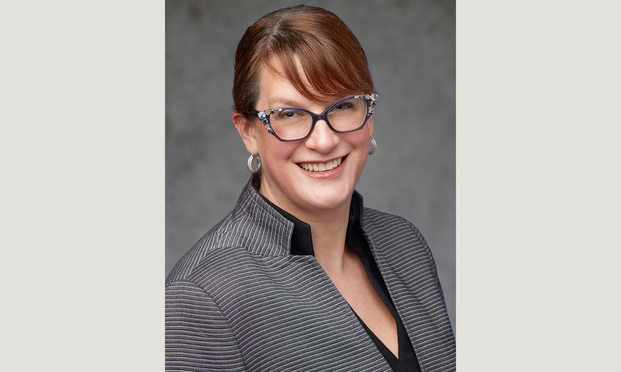 By early 2020, marijuana had made tremendous strides toward legalization—for either medicinal or recreational purposes—in most states and even implicit federal recognition in the form of safe-harbor legislation for insurers and banks conducting business with the cannabis sector. But then COVID-19 struck, and progress predictably slowed. Nonetheless, unintended effects of the global pandemic may ultimately usher in a new wave of legalization and protection for marijuana businesses and the insurers and banks who work with them.

Jan. 1 marked the first day of adult-use marijuana sales in Illinois, the latest state to legalize marijuana for adults and the first to provide a comprehensive legal blueprint in the form of legislation that addresses everything from taxation to social justice. In all, at the beginning of 2020, medical marijuana was legal in 33 states, and another 11 had legalized recreational adult use, with several other states—most notably, New York and New Jersey—making a big push to do the same, despite marijuana’s continued illegal status at the federal level.

Despite these milestones, however, even where legal, cannabis businesses faced substantial obstacles. Key components of risk management that any business relies upon, at least in part, have been limited for the cannabis industry. Adequate insurance coverage and beneficial banking relationships are essential risk-management strategies for any business. However, the cannabis industry has been largely excluded from these markets for three main reasons. First and foremost, insurers and banks balk at navigating a complex system of state and federal laws that are frequently at odds with each other. Simply put, they don’t feel comfortable insuring or providing liquidity for an activity that the federal government still considers illegal. In addition to legal concerns, certain insurers and banks are concerned about the reputational risk associated with the cannabis industry. Finally, even insurers and banks who consider the cannabis industry a potentially promising market have nonetheless thus far declined to wade into the marijuana market because the industry is so new, with risks that are not well understood or even known.

Appropriate insurance coverage and reliable banking access are a challenge for cannabis industry participants in no small part because insurers and banks are overseen by the federal government. But even federal legalization isn’t necessarily a panacea. Certainly, Canadian cannabis businesses have learned that national legalization has not meant ready access to banking. There is some thought that this is due in part to the fact that cannabis remains federally illegal in the US, and Canadian banks do not want to face cross-border challenges, but there may be additional issues at play relating to risk tolerance, both in terms reputational risk and the unknowns inherent in any new industry sector.

In the United States, Congress has taken steps to address at least some of these concerns. The most predictable path toward access to insurance and banking for cannabis businesses seemed to be through federal legislation providing safe harbor for those who worked with the industry. To that end, the Safe and Fair Enforcement Banking Act, or the SAFE Banking Act, which seeks to provide safe harbor for banks and insurers that work with the marijuana industry, was passed by the U.S. House of Representatives with bipartisan support. (The Clarifying Law Around Insurance of Marijuana Act, or the CLAIM Act, an effort to provide an even broader safe harbor for insurers, stalled once it became clear that the SAFE Banking Act would address most safe-harbor issues for insurers, as well as bankers and that it had momentum.) Although the SAFE Banking Act is not yet out of committee in the Senate, the list of bipartisan co-sponsors signals a possible path toward passage. The expectation has been that once the legislation passes, those banking institutions and insurers that want to work with the cannabis industry would start to do so.

But then the COVID-19 pandemic hit the United States, and at least 43 states issued stay-at-home orders, with states and municipalities paring limitations on how and which businesses could remain open. Only businesses considered “essential”—e.g., businesses related to the production or supply of food, health care, basic financial support, and utilities—remained operational. And in at least 28 states where marijuana had been legalized, marijuana businesses were exempted as “essential” and allowed to remain open. Some jurisdictions have allowed delivery and/or curbside pick-up of cannabis orders, and several states have specifically approved telemedicine appointments to be approved for use of medical marijuana. Massachusetts is considering COVID-19 relief specifically for cannabis businesses and we may see other states following suit. By visible metrics, therefore, cannabis is being treated as a medication that is important to the health and well-being of the public, even during a pandemic. What does this mean for marijuana businesses—and the insurers and banks who want to do business with them—going forward?

In early March, just days before rolling shutdowns hit, state banking associations urged Congress to advance the SAFE Banking Act, but COVID-19 has certainly slowed any forward progress due to the closure of Congress, and the bill remains in committee in the Senate. Rep. Ed Perlmutter (D-Co), the bill’s primary sponsor, has been urging his colleagues to include aspects of the SAFE Act into a COVID-19 stimulus bill and also working to provide relief for cannabis businesses in the form of Small Business Administration (SBA) loans. Perlmutter has reportedly said that Speaker Nancy Pelosi supports these efforts, so the push to include cannabis businesses in COVID-19 relief legislation may not be as far-fetched as it sounds. On May 8, several cannabis industry groups pressed Pelosi and House Minority Leader Kevin McCarthy to either advance the SAFE Banking Act or include provisions of that act in the next relief bill.

On the legalization front, while some state-level efforts seem to have slowed, the argument for federal legalization is now perhaps stronger than ever. Pro-legalization members of congress can point to the fact that cannabis businesses have often been deemed essential in states across the nation. In a time of economic uncertainty, a new industry with a built-in customer base, the potential to create around a million new jobs, and federal tax revenue of more than $108 billion over an eight year period might be too enticing for politicians to ignore.

The pace and packaging of more widespread legalization efforts and the likelihood of the inclusion of cannabis in stimulus or recovery legislation remains to be seen. The question facing elected officials and others is how an industry can be essential and yet cut off from banking and insurance? Answering this question may lead to state-based or other government-backed solutions. For example, insurance regulators can take steps to educate insurers about the needs of the cannabis industry in their respective states. Indeed, the National Association of Insurance Commissioners has outlined how regulators can help bring insurance for the cannabis sector to their states. Those regulators may now feel increasing pressure to prioritize insurance for marijuana businesses in their states in light of the essential nature of these businesses. Likewise, on the banking front, some states have contemplated state-run banks for cannabis businesses.

By declaring cannabis businesses essential, states have placed their stamp of approval on an industry that the more conservative insurance and banking industries have shied away from. Looking forward, it seems likely that this stamp of approval could help encourage insurers and banks to find a way to work with the industry.

Still, it won’t necessarily be smooth-sailing for the cannabis sector, even if insurers and banks become comfortable enough to conduct business with them. COVID-19 can cut both ways. For example, there is no doubt that even if more insurers enter the cannabis space, those who do so will write policies incorporating the lessons learned from COVID-19. In particular, business interruption policies will be limited, if available at all. And as long as marijuana is illegal at the federal level, many banks and insurers will still decline to participate, particularly if there is no safe harbor to mitigate the risk. However, COVID-19 has upended what is and is not predictable and what industries are and are not essential. This upheaval could ultimately help the cannabis industry become a partner that even conservative insurers and banks would be willing — if not, in fact, eager—to have on their side.

Robin Dusek, a partner with Saul Ewing Arnstein & Lehr, represents insurers, cedents, reinsurers, and pools across the country in insurance and reinsurance disputes, including in both arbitrations and litigation.