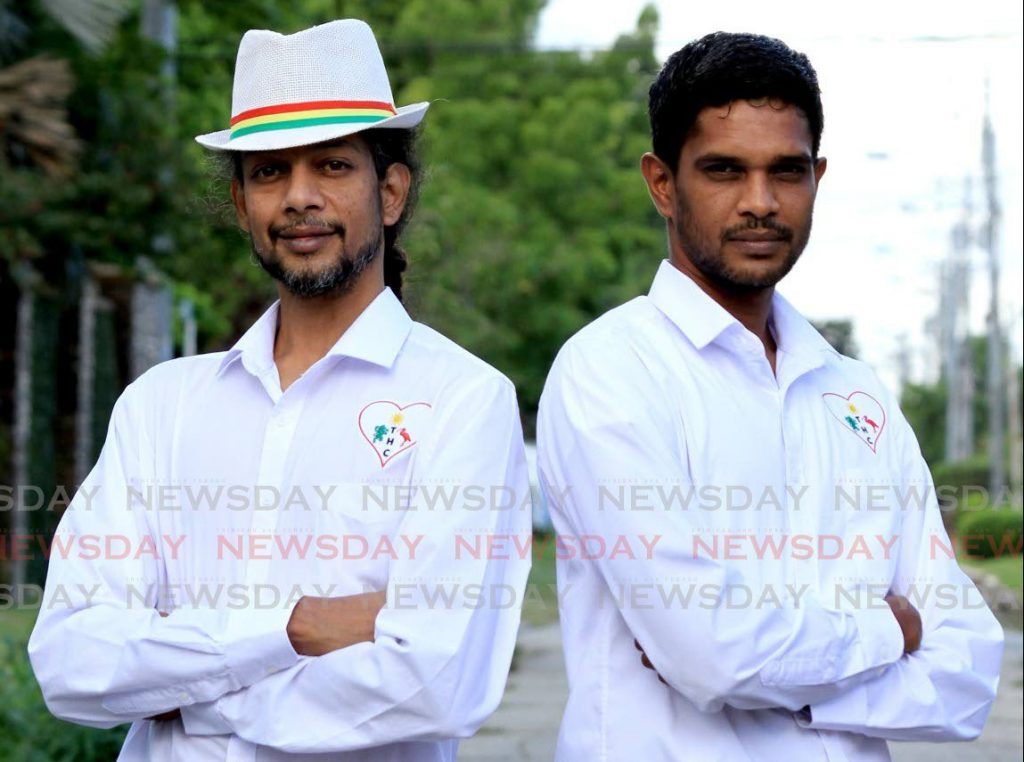 POLITICAL LEADER of Trinidad Humanity Campaign Marcus Ramkissoon is urging citizens to make a sane choice on August 10 and vote outside of tribal lines.

Ramkissoon, who is known as a marijuana expert also wants to separate his political party, which has existed for the past three general elections, from cannabis.

Speaking at his Valsayn home along with one of his six other candidates, Linnell Doolan, the Tunapuna candidate promises to deny bail to those arrested with illegal gun possession and increase the penalty. A gun amnesty will be implemented that will exchange guns for groceries. Medically, THC proposes that each health centre be able to treat with accidents and emergency cases.

THC will mandate that medical graduates complete continuing medical education and introduce a electronic medical record system that can be accessed by both the private and public health system. For non-nationals who can’t benefit from free medical treatment, THC hopes to make travel insurance mandatory.

He added that, without ever setting foot in Parliament, his 2010 manifesto promise to decriminalise the use of small amounts of marijuana became a reality. If elected, THC would be participatory government so every political member of the Parliament would have a say in legislation to bring forward before hand.

Asked why should THC be elected into office, Ramkissoon said: “Is it not worth $5,000 to encourage someone to be able to stand up and know that they have a choice they have an alternative to the two large parties. Those who complaining about the governance of TT that want change, here is the opportunity, vote for the small parties, vote for the independents that will effect much better changes from what they have said so far than what we have seen in the last few decades.”

He likened the current political landscape of a two major party system as insanely choosing between two failing managers to run your business hoping that each time they are hired they will somehow improve.

Ramkissoon, who says he stands for integrity in government, promises to make every government purchase public. He said his aim is to move away from fossil fuel and convert the vehicles to use bio-fuel. This will see all of TT’s natural gases being exported as THC aim to create 70,000 sustainable jobs.

Doolan, a building contractor, who is vying for the Couva South seat said while the constituency has voted UNC all their electoral lives, there is little government has done for the people. The husband and father of two is offering himself as a candidate to sway voters away from tribal politics and result-driven politics.

“To the young people, gather knowledge, read the manifestos and go out and vote not just for your race or what your parents tell you to do but for the betterment of the country. Most people are fed up of the two parties, the constituency I am from is UNC and everyone knows it is UNC but the MP is seen once every five years.”

He added that given the economic standing of many of the residents, there is little reliance on the Government for assistance which, as a result, negatively impacts on the less fortunate in the electoral district who need the government assistance.

He decided to enter politics after chatting with friends and family and sharing results to issues facing the country. Even though he was advised to take his ideas to either of the two major political parties, Doolan said his distrust in them forbids him from doing such.

Ramkissoon who admitted to assisting both the PNM and UNC on non cannabis issues shared the sentiment adding that there is nothing wrong with newness. As the fourth largest party with seven candidates, mostly in marginal seats, Ramkissoon said the self financed party had the financial ability to have14 candidates, however, the others dropped out fearing victimisation from the two largest parties.

Ramkissoon wrote to the President requesting that she postpone the general election to allow foreign observers time to come to the country and be quarantined but was denied the request. President Paula Mae Weekes said in her rejection, that only for an outbreak of a disease can she postpone an election.

Why Aren’t There Any Standards For Cannabis Grow Rooms? – Benzinga