Multiple states are posting record cannabis sales numbers this year, even during the COVID-19 pandemic. The cannabis industry is continuing to grow, despite the worst economic downturn since the Great Depression and people spending more time at home to mitigate the spread of the novel coronavirus. Cannabis companies are enjoying strong sales numbers, and it’s only a matter of time before one of them hits the $1 billion mark in revenue.

Multi-state operator Curaleaf Holdings (OTC:CURL.F) is so bullish on its future that it expects to reach $1 billion in sales as early as next year. Let’s take a closer look at where the company is today and if it’s poised to be the first cannabis company to hit that mark.

On Aug. 17, Curaleaf released its second-quarter results for the period ending June 30. Its total revenue was $117.5 million, which grew at an impressive rate of 142% year-over-year. However, that number does not include some of the company’s sales from recent acquisitions. On July 23, Curaleaf closed on its acquisition of cannabis company Grassroots, which gave the Massachusetts-based producer a presence in 23 states, making it the largest multi-state operator in the country. The cash-and-stock deal was worth approximately $700 million. When Curaleaf reported its first-quarter results on May 18, it was operational in only 17 states. Curaleaf also closed on another acquisition on April 6, through which it obtained three Arrow Alternative Care dispensaries in Connecticut. 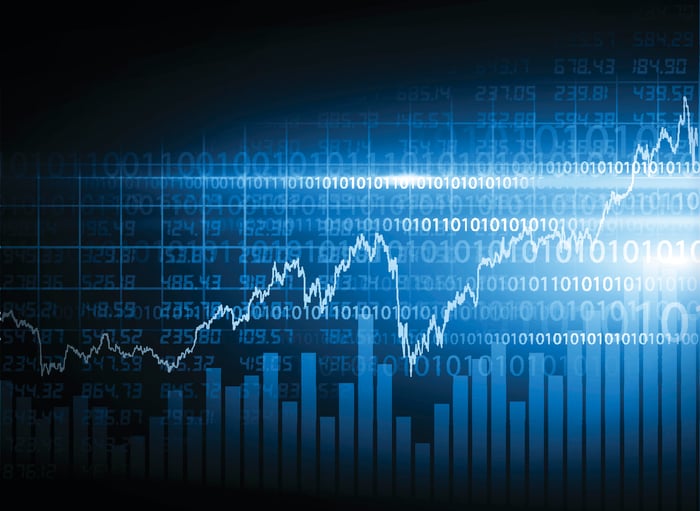 Curaleaf estimates its pro forma revenue at $165.4 million when including both deals. If the company were to maintain that level of quarterly sales over the course of a full year, its total revenue would ring in at more than $661 million.

In order to reach $1 billion in revenue, Curaleaf and all of its subsidiaries would need to grow at rate of about 51% — well shy of its growth rate today. A lot can change next year, especially if the COVID-19 pandemic is still hanging around. But with Curaleaf’s expanding presence and stellar growth rate, the company is a good bet to reach the $1 billion mark if consumers can keep up the demand. The only question is: Can its rivals can get there first?

How the competition stacks up

Trulieve, the Florida-based cannabis producer, released its most recent results for the second quarter on Aug. 12. The company’s sales of $120.8 million soared 109% from $57.9 million in the prior-year period ending June 30. At its current run rate, Trulieve would have an annual revenue close to $500 million. If it were to double again next year, $1 billion in sales may be feasible. This could come to fruition, in part because the company is looking to expand operations in Massachusetts next year. However, Curaleaf is expanding its Select brand of products into Florida, and it could increase its own position in that state, chipping away at Trulieve’s 52% market share.

Green Thumb also released its most recent results on Aug. 12 for the same period. Its revenue was slightly lower than Trulieve’s, but at $119.6 million, its revenue’s year-over-year growth rate was 167.5%, outpacing Trulieve. The Illinois-based cannabis company also has a much wider U.S. presence. It operates in 12 states and recently built new manufacturing and cultivation sites in Illinois, New Jersey and Pennsylvania. With comparable sales numbers and a higher rate of growth, Green Thumb also has the potential to reach the $1 billion mark in revenue next year, possibly finishing ahead of Trulieve.

The biggest cannabis companies north of the border are Aphria and Canopy Growth, but they’re unlikely to catch up to Curaleaf. Canopy Growth is in the midst of a „transition year” and saw a decline in its recreational pot sales last quarter. Aphria, meanwhile, released its year-end results July 29, where its full-year net revenue totaled 543.3 million Canadian dollars, or about $418 million U.S. dollars. Add that its sales in the fourth quarter totaled CA$152.2 million, a mere 18.3% increase from the year-prior period, and a first-place finish looks far away.

Curaleaf’s already further ahead of Aphria in sales at its current run-rate. Considering Aphria’s slower growth, there’s little reason to suspect that it will catch up to the likes of Curaleaf anytime soon.

Curaleaf is the odds-on favorite to hit $1 billion first

Trulieve, Green Thumb, and Curaleaf could all reach $1 billion in revenue in 2021. But with a stronger market presence and new aggressive acquisitions giving it a big boost in revenue over its peers, it seems like a safe bet to assume that Curaleaf will come out on top.

But as marijuana investors know all too well, there’s always an asterisk. COVID-19 and the current downturn may adversely affect the cannabis industry in the months ahead, as people focus their spending on the essentials. But with all things equal and few adverse changes a year from now, Curaleaf should be able to post $1 billion in revenue. And if it does, you can be sure the the stock of the industry leader will take off.