This Sunday, John MacArthur, pastor of the evangelical Grace Community Church in Los Angeles County, will almost certainly open the church’s doors for worship—indoors, in person, and in defiance of a county health order prohibiting in-person religious services during the COVID-19 pandemic, as has been done every Sunday since July. 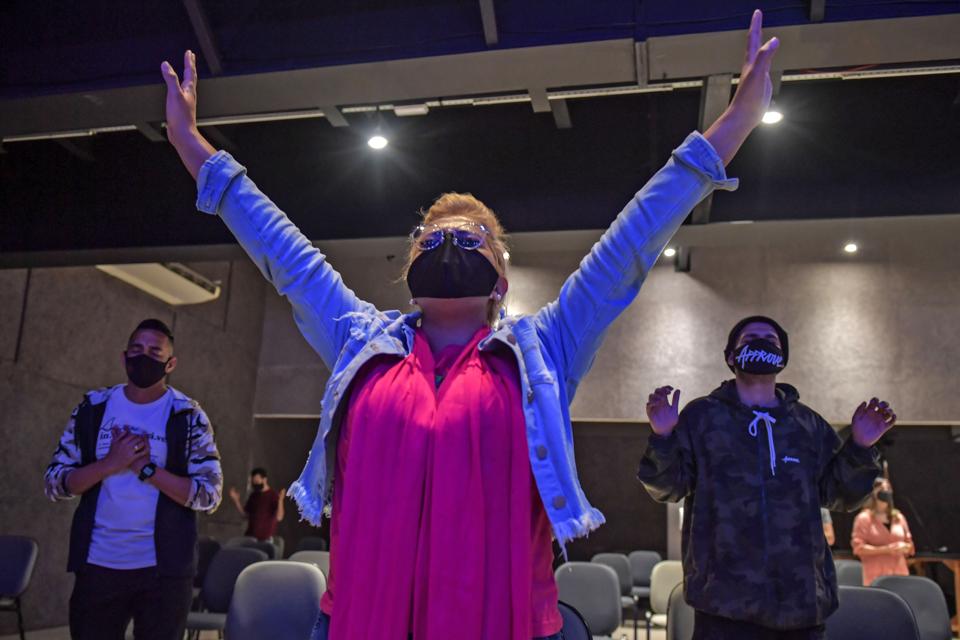 Churchgoers will gather, sing, and talk without masks and without social distancing, and they will do so after a judge ruled in their favor this week.

Part of the reason, according to the church’s argument, is because the state’s cannabis dispensaries are still open.

A common complaint from the novel coronavirus pandemic’s earliest days was that churches were deemed non-essential and had to close, while so-called “vice” industries like liquor stores and cannabis dispensaries remained open for business.

There are public-health reasons for all of this (as well as the uncomfortable fact that several “super-spreader” events have been traced to churches and church activities), but the situation still presented an opening for churches to fight their closure on constitutional grounds.

And along with protests following the killing of George Floyd, cannabis crept into their arguments claiming unfair treatment.

As CBS Los Angeles reported, MacArthur and other church leaders decided to reopen Grace Community Church on July 26. The church has held three services every Sunday ever since.

Three days later, county officials mailed the church a cease-and-desist order, and, later, followed that up with a complaint in Los Angeles Superior Court, where the county asked a judge to impose a restraining order and close the church.

This week, a judge rejected the county’s request—noting that the county has so far declined to impose fines or take other available punitive measures.

But before that, a lawyer for the church trotted out cannabis dispensaries as an example of how churches are being singled out for unfavorable treatment.

Charles LiMandri, one of the church’s attorneys, argued that when state officials including Gov. Gavin Newsom force churches to close while allowing businesses, supermarkets, “abortion providers” and marijuana stores to do business, the state discriminates against churches and violates their First Amendment rights, according to CBS.

“Since these gatherings may be permitted, there can be no doubt that [the state] must also permit [the church] to engage in religious activities and services,” LiMandri and the rest of the Grace legal term wrote in a filing.

MacArthur did not mention cannabis in a declaration filed in court this week. But he did mention alcohol and tobacco, called for authorities to cease sales of those vices if public health is truly their concern, and said the county’s “efforts to shut Grace Community Church down when no one is sick, reveals an inexplicable preference for a mostly harmless virus over the life-enriching and necessary fellowship of the church.”

Cannabis dispensaries and other related industrial activities have continued throughout the pandemic because of a state order listing legal marijuana as an “essential business.”

Some local governments briefly flirted with imposing stricter measures, but so far, the cannabis industry has been mostly able to conduct business as normal—with the notable exception of smoking lounges, which have been closed. And major events like 4/20 and cannabis cup celebrations. And “canna-tourism.” So you can argue that COVID has absolutely smashed the marijuana industry—but, details!

In the Grace case, while the court declined to shut the church down, a judge did rule that the county has the power to fine the church $1,000 a day for violating the health order.

It remains to be seen what the county will do and how the church will respond. Another hearing in the matter is scheduled for Sept. 4.

But in the meantime, other houses of the holy around California are taking notice and also reopening their doors, according to World, a religious-news website.

If weed merchants can open their doors, why can’t a church? Expect that exact question to be asked in court over the next several months.