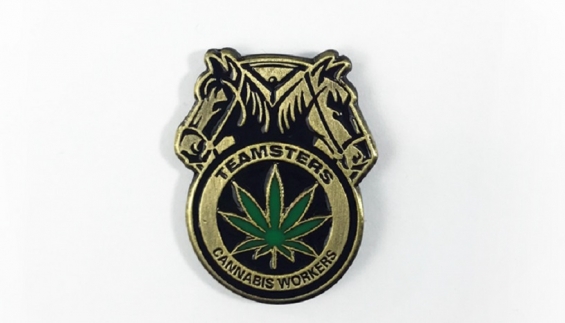 With unionization becoming ever more common in the cannabis industry, Labor Day 2020 provides an opportunity to take a closer look at the state of cannabis labor unions in the U.S.  Across industries, labor unions organize members and offer access to group health insurance, provide legal compliance and other assistance, help negotiate annual raises and higher wages, and often provide discounts through partner businesses. The International United Food and Commercial Workers Union (UFCW- working not just in the representation of businesses, but advocacy, coalition-building, and policy change), is regarded as the most powerful cannabis union in the country, initiating a Cannabis Workers Rising Campaign in 2010. As of March 2020, UFCW represented more than 10,000 workers in 14 states.

United Cannabis Workers, which “unionized as an independent workers union made up of small business owners, self-employed workers, and employees of small cannabis businesses”, eschews “old school union tactics” while holding a significant place in the cannabis union landscape. This landscape is differentiated from that of other industries in that it normalizes companies disclosing the fact that their employees are organizing. In cannabis, unionization is frequently seen as a way for a business to demonstrate legitimacy, however not all companies are supportive of unionizing efforts.

In January of this year, controversy broke out over proposed labor union laws for cannabis businesses in Michigan, put forward by the state’s Marijuana Regulatory Agency. The proposal included a requirement that cannabis companies enter into “labor peace agreements” with unions before being licensed to grow, sell, or distribute cannabis. This suggested rule was met with significant opposition by industry groups and businesses, many going so far as to claim the measure thinly disguised political favor and a protection racket. This June, Michigan’s pro-union “labor peace agreement” requirement was stripped out of the proposal after a deluge of negative feedback. Many who oppose labor union laws such as these claim a violation of The National Labor Relations Act, which guarantees private-sector employees the right to form labor unions and gives unionized employees the right to strike and bargain jointly for working conditions. Opponents see labor peace agreements as “a pretense to use industry licensing to impose forced union dues on workers in violation of federal labor law.”

Supporters argue that labor peace agreement requirements result in a more stable workforce for the cannabis industry. In New York and California (where cannabis labor unions are required) cannabis industry workers are commonly acknowledged as ripe for exploitation by unethical businesses and therefore in need of union protection, while companies in states such as Michigan and Massachusetts have pushed back against unionization efforts. New England Treatment Access, one of Massachusetts’ largest cannabis companies, has been on the receiving end of numerous complaints filed by UCFW alleging anti-union efforts and retaliation against workers.   In July, about 60 New England Treatment Access, (NETA) workers in Franklin, Mass., voted to join UFCW Local 1445. With so much at stake and so much still unresolved in the cannabis regulatory sphere, cannabis labor unions and industry companies will no doubt continue this dance of compromise and conflict for many Labor Days to come.

Also in July, the Cannabis Workers Union said that 40 workers from Mayflower Medicinals joined UFCW Local 1445 because they were concerned about insufficient wages, as well as an unclear and slow response to workplace safety issues by the company in relation to the current COVID-19 health crisis, and a lack of respect by management for the work that they do at the company’s grow facility. Mayflower Medicinals is owned by iAnthus Capital Holdings, Inc. (OTC:ITUHF).

“As the cannabis industry continues to grow in Massachusetts, UFCW Local 1445 is proud to support these good jobs and the responsible employers that empower their workers in this new part of our economy,” said UFCW Local 1445 President Fernando Lemus. “These workers at Mayflower/IAnthus are an important role in the company’s success and they deserve the protections and security of a union contract.”

The company said that the three-year agreement would be the first medical cannabis union contract ratified in the State of Maryland. The contract would cover employees working in Vireo’s 20,000 square-foot Hurlock, Maryland-based manufacturing facility, which supplies precisely formulated medical cannabis products to third-party dispensaries throughout the state.

“As a ‘people-first’ business, Vireo is deeply committed to our employees and we are proud to be a union employer in Maryland and beyond,” said Kyle Kingsley, M.D., CEO of Vireo Health. “Our workforce is key to our company’s success and we look forward to partnering with UFCW to support legislation, such as legalizing adult-use cannabis, that will help create thousands of new middle-class jobs across Maryland.”