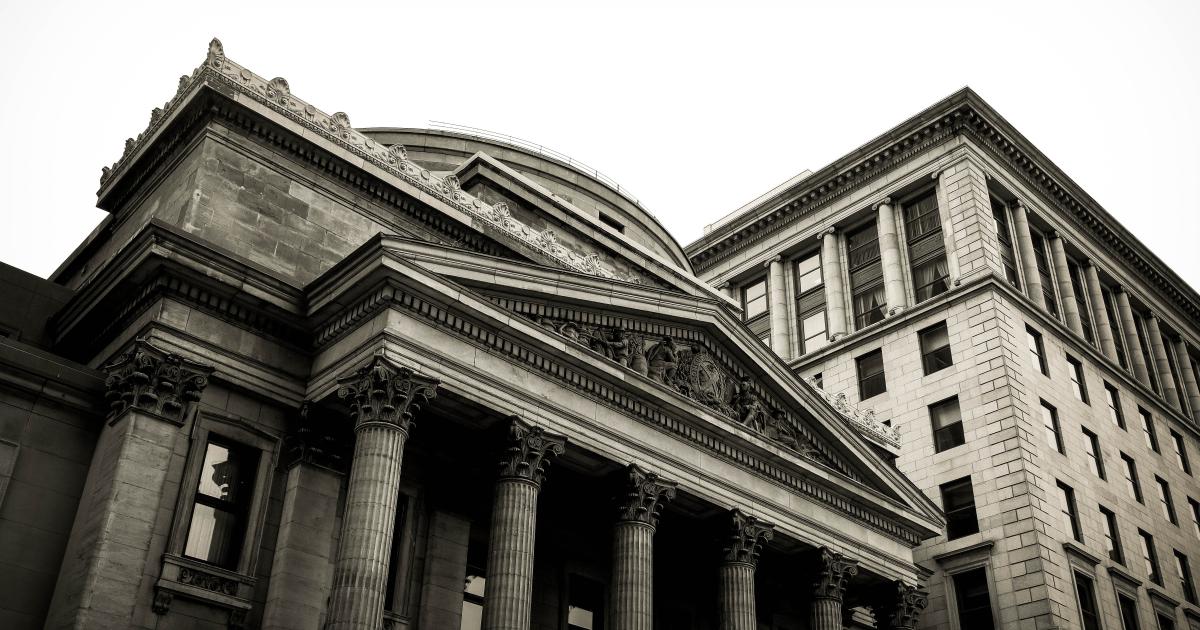 As the cannabis industry continues to expand, so too will the universe of existing and potential banking customers that will necessarily have financial or business relationships with licensed cannabis companies (“Licensees”). While the SAFE Banking Act languishes in Congress, under the  limited existing federal guideline available, even banks that do not do business directly with Licensees are finding it necessary to address the possible requirements for enhanced due diligence, documentation and monitoring that may be required when considering doing business with customers that have interests and relationships that may be considered “marijuana related businesses” (“MRBs”) even when the proposed banking relation is totally separate from, and unrelated to, the customer’s cannabis interests. In fulfilling their know your customer (“KYC”) responsibilities at intake and on an ongoing basis, banks need to be alert to these potential requirements. They must also understand that the banking regulators are both sensitized to the possibilities and appear to be working cooperatively to address them, so transparency with regulators is, at the same time, a must.

While securing services from financial institutions has been a challenge for MRBs, there are several dozen federally insured banks and credit unions that openly offer such services. To mitigate the risk of running afoul of a myriad of federal financial crimes laws by doing so, banks (and banking regulators) draw upon guidance in a release dated February 14, 2014 issued by the Financial Crimes Enforcement Network (“FinCen”),  “BSA Expectations Regarding Marijuana-Related Businesses” (the “Guidance”).

FinCen is a bureau of the U.S. Department of the Treasury, the mission of which is to safeguard the financial system from illicit use and combat money laundering and promote national security. The text of the Guidance articulates as its purpose as clarifying “how financial institutions can provide services to marijuana-related businesses consistent with their BSA obligations….” It further articulated that the Guidance was intended to “enhance the availability of services for, and the financial transparency of, marijuana related businesses.”

The Guidance cites as underlying precepts the priorities established pursuant to a memorandum issued by U.S. Department of Justice Deputy Attorney General James M. Cole dated August 29, 2013 (the “Cole Memorandum”). Although the Cole Memorandum was supplemented by advisories from other Assistant U.S. Attorneys, the priorities have essentially been left in place. It is also important to keep in mind that the Cole Memorandum (as supplemented) provides guidance only. Early in his tenure, Attorney General Sessions issued a “recission” of the guidance, but there has been no perceptible change at the enforcement level.

The Cole Memorandum priorities include:

The Guidance also provides a laundry list of red flags[1], and dictates that financial institutions seeking to act in compliance with the Guidance must tailor their relationships with MRBs to address and mitigate the risk of interfering with the accomplishment of the priorities shown above.

Unfortunately, the Guidance does not define “marijuana related business,” and FinCEN has not issued any further guidance regarding this definition. However, the Guidance makes clear that the classification includes more than just plant touching enterprises, choosing to directly extend the classification as far as to landlords of MRB’s[2]. While not dispositive nor binding as it relates to the Guidance, an expansive reading is supported by a Small Business Administration Policy Notice effective April 3, 2018, which offered the following definitions:

Under the circumstances, and particularly in view of the sensitivity of bank regulators to these issues, it seems prudent for banks to consider the definition expansively, at least for purposes of a threshold determination regarding whether and what level of enhanced attention is necessary. Banks must be alert to even what seem to be fairly attenuated financial and business relationships in considering, underwriting, structuring and monitoring any transaction involving a customer that could be deemed an MRB.

In connection with any customer that could be so classified, banks should consider and address the extent to which any of the Cole Memorandum priorities could be implicated and, therefore, which red flags to be alert to. Simply put, the greater the risk a priority is implicated, the more a bank will need to do in these regards. Conversely, as the Guidance recognizes, to the extent certain priorities are not implicated, a bank’s approach may reflect the lower level of risk and remain in compliance with the Guidance. Documenting reasonable consideration of these factors is critical, not just for purposes of compliance with the Guidance, but also to mitigate the risks of federal asset seizure of any assets material to the customer relationship, an area of regulatory concern.

1.         Banks in states with large and expanding legal cannabis markets should put in place procedures specifically designed to alert them to potential MRB issues. They may also wish to consider at least general policies so they have a framework in place and can react in a businesslike process and competitive time frame when an attractive opportunity arises.

2.         A bank’s regulators should be kept in the loop and consulted as bank’s policies and procedures are developed and evolve. Doing so in consultation with regulatory authorities not only assures transparency, but also enables a bank to benefit from the experience and expertise being developed by regulatory authorities that are increasingly being called upon as both the marijuana industry and its intersections with the banking industry expand.

3.         There are a number of sections of the Guidance that reflect FinCEN’s recognition of the relevance of “reasonableness” and practical considerations relating, among other things, to the unavailability of information or materials regarding the actual Licensee. While it calls upon financial institutions to consider, “to the extent applicable,” the Cole Memorandum priorities referred to in the Guidance, it also explicitly recognizes distinctions based on the extent to which any particular marijuana-related business could implicate Cole Memorandum considerations and that deciding to “indirectly” provide services to a marijuana-related business is “a risk-based decision that depends on a number of factors specific to that institution and the relevant circumstances.”

The Guidance specially recognizes that some of the information suggested in it may be confidential and unavailable to a bank not doing business directly with a Licensee. The Guidance notes, “With respect to information regarding state licensure obtained in connection with such customer due diligence, a financial institution may reasonably rely on the accuracy of information provided by state licensing authorities, where states make such information available”. In such circumstances, it may be prudent to ask the customer what can be provided or make available to assist the bank in taking the actions contemplated by the Guidance regarding (i) tracking cash transactions, (ii) verification of the license and that the MRB is being operated in conformity with the Cole Memorandum. A bank may also wish to assure ongoing monitoring of publicly available sources for adverse information about the business and related parties and for suspicious activity, including for any of the red flags described in the Guidance, and refreshing information obtained as part of customer due diligence on a periodic basis and commensurate with the risk.

Finally, issues related to the potential risk of federal seizure of assets are complicated and, as with much of the law related to the cannabis business, less than clear and appear to be evolving as the industry matures.

Generally speaking, to support a seizure, particularly one in which an asset is subject to a perfected security interest, the government must prove, among other things, that the asset represented the fruits of an illegal enterprise. With that in mind, based on circumstances described below, the risk of an asset collateralizing a credit transaction being lost due to federal seizure can be substantially mitigated, if not entirely eliminated if a bank (i) adheres to the Guidance, (ii) exercises and documents due diligence, underwriting and monitoring procedures appropriate to the particular circumstances, (iii) takes care in documentation, and (iv) even though the burden of proof may be on the government, if the bank can demonstrate it was not acquired with proceeds of illegal activities.

Absent other factors, such as the failure to file Suspicious Activity Reports (“SAR”) or activity that otherwise impairs the Cole Memorandum priorities, there appears limited appetite for asset seizure enforcement at the federal level with respect to medical marijuana activities legal at the state level. To a certain extent this reflects increasing public acceptance of decriminalization, recently at more than two-thirds. In addition, more likely than not, also a reflection or byproduct of the shift in public opinion, since 2014 annual bi-partisan budget appropriations have included a prohibition against the Department of Justice use of appropriated funds to prosecute in circumstances where there has been full compliance with state medical marijuana laws. In 2016, this limitation was applied in the U.S. 9th Circuit Court of Appeals case, United States v. McIntosh[3]. The Court held that 11 USC § 542[4] prohibits the DOJ from spending funds from relevant appropriations acts for the prosecution of individuals who engaged in conduct permitted by state medical marijuana laws and who fully complied with such laws. However, the 9th Circuit also held that it would not be improper to sue under 11 USC § 542 and ultimately have the DOJ use appropriations act funds to seize the assets of individuals who do not strictly comply with all state-law conditions regarding the use, distribution, possession, and cultivation of medical marijuana.

With the foregoing in mind, the following additional comments and suggestions are offered:

1.         In underwriting any credit transaction, a bank should be prepared to demonstrate that it will not look to the value or revenues of the MRB as sources of repayment.

2.         The initial and ongoing underwriting protocols, due diligence, monitoring and documentation should:

a.         Restrict cash transactions, perhaps and, if possible, by requiring any funds received by a customer from or in connection with an MRB shall have been paid by check drawn on a federally insured depositary institution;

b.         Assure that non-MRB assets and revenues remain sufficient;

c.         Require prompt notice of any change in the status of the Licensee triggering the MRB definition or in any banking relationship of such MRB.