This article was originally published on The Cannigma, and appears here with permission.

The world of cannabis has never been one of black and white margins and clear, rigorous, or universal standards. Only recently has it become subject to any regulatory framework at all, save for criminal prohibition. How, in the legal cannabis era, does one verify a product is what its label claims it is, what strain it is, and where it came from?

One New York-based company thinks it has the answer to those questions, with technology it says will allow cannabis producers, customers, and regulators to track cannabis flower from seed to harvest to the dispensary shelf.

Applied DNA Sciences’ “CertainT” platform tags raw cannabis materials and products with a unique molecular identifier that the company says can be tracked as the product travels through its entire supply chain, potentially enabling new levels of compliance, quality control, and safety. 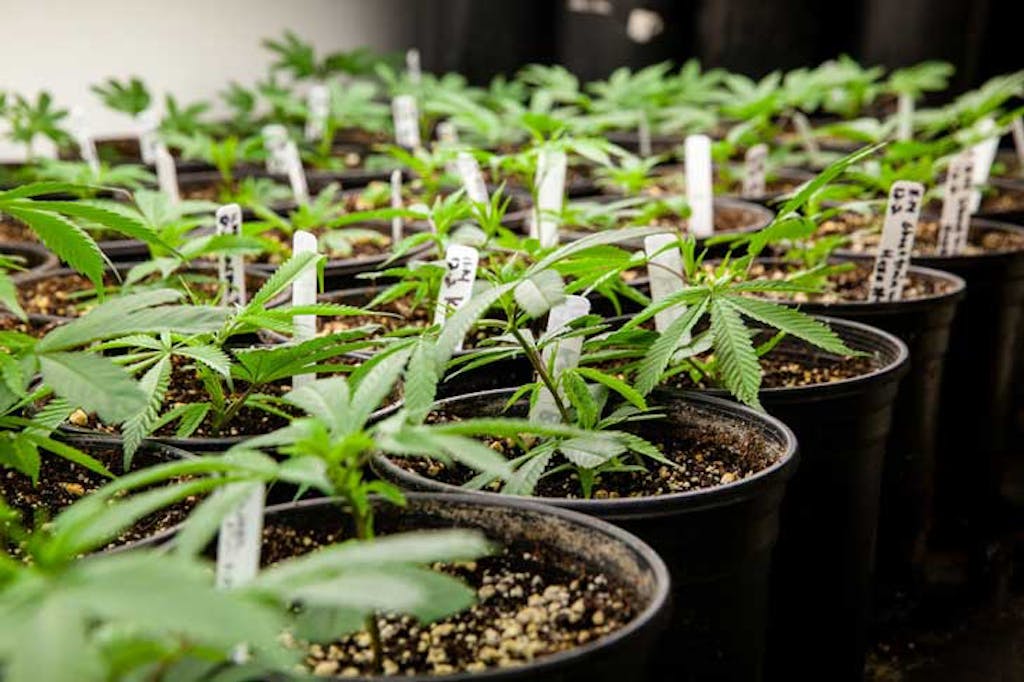 According to John Shearman, Applied DNA Sciences’ vice president of marketing & cannabis business lead, this method has already been used to great success in the textile industry. The company applied its molecular tags to cotton before it was shipped from the gin in order to verify the finished products’ components and origins.

“In cotton, people were claiming that it was 100% Pima cotton and when we tested the materials, especially bedsheets, we found that over 80% of it was blended with a different cotton,” Shearman said.

In addition to cotton and other textiles, Shearman said the company has also used the platform to track stolen and counterfeited goods in security and crime prevention and to track and authenticate parts used in the military hardware supply chain, among other uses.

Two years ago, they were approached by a cannabis company that asked if the technology could be used for cannabis. Applied DNA Sciences saw the potential and went full-speed ahead applying the system to cannabis, Shearman said. 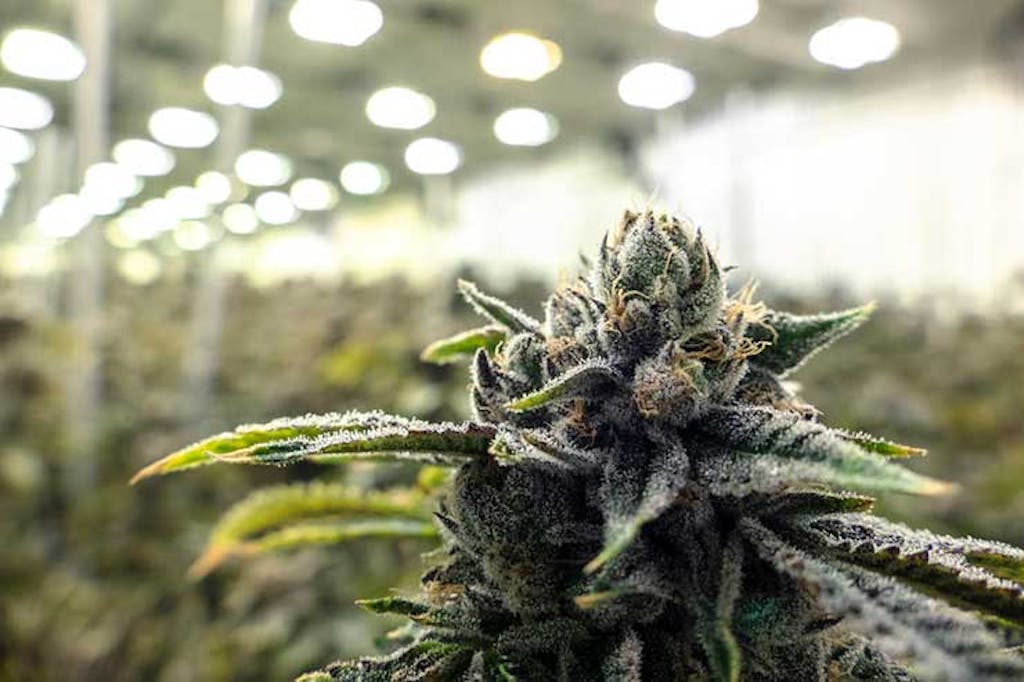 For marijuana and hemp flower, this tag would be applied with “fogging” or by way of an electrostatic spray. In oils, tinctures, tablets, and lotions, the tag would be added directly to the formulation.

The molecular tag would later appear on labels on the finished product, which could eventually also be used to authenticate the products before and while they are on dispensary shelves.

Is it safe to ingest? 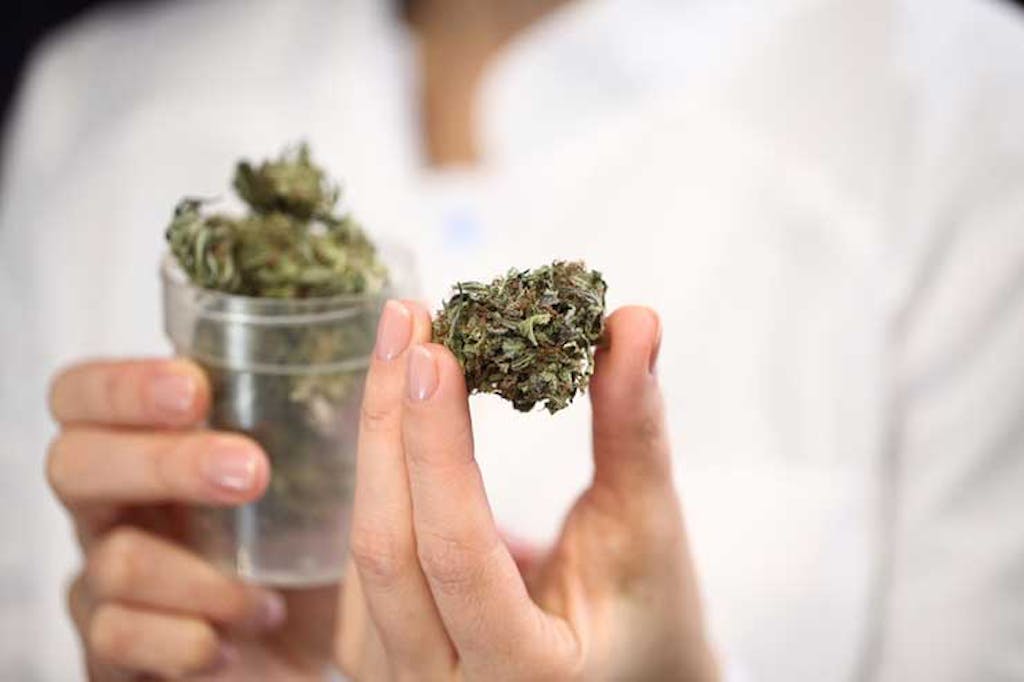 The molecules in question are short, synthetic DNA fragments that are administered at less than 100 nanograms per label or dose. They are not of human, viral, or bacterial sequence origin, and which can be used as physical chemical identifiers (PCIDs).

In a letter attesting to the safety of the PCIDs, the engineering firm Ramboll said that because the DNA-based PCID consists simply of normal DNA bases with no biochemical function or pharmaceutical activity, is chemically identical to the DNA found naturally in food, and is applied at very low levels (up to 100 ng/label or up to 100 ng/tablet dose), it presents no health risk to humans who may either accidentally or intentionally ingest it.

Applied DNA also asserts that molecular tagging doesn’t make the cannabis GMO, in that it does not stay long enough to be inserted into a gene, is not derived from living organisms, and is not able to modify another living organism.

The safety information provided looked only at oral ingestion, however, not smoking or vaporizing.

According to Shearman the platform will help the cannabis industry safeguard three main components of the business — regulation and compliance, brand protection, and safety.

He uses the example of current regulations that don’t allow cannabis to cross borders between states.

“In New York they only have 10 licensed medical producers and if they want to go recreational they can’t leave the state. So if all the legal cannabis suppliers in New York, if they’re using this system then anything we test coming in, we’ll know it’s not coming from New Jersey or anywhere else.”

Shearman also envisions a future when cannabis exports from the US are legal, and tracking could be used to apply the same sort of industry standards people expect for exports such as champagne or tequila, where the classification of the product is directly linked to being able to confirm its origin. 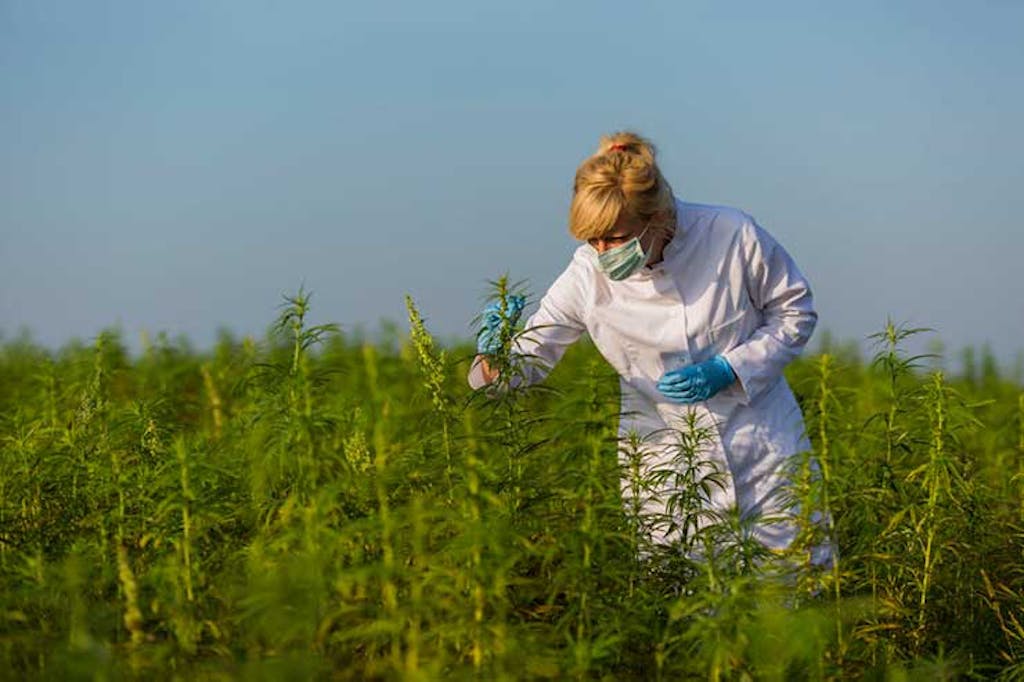 “Think about the international borders because when people are trying to buy from Colorado and it’s going down to South Africa in oils and other stuff, they want to be able to check that it’s actually from Colorado. So you could tag it in Colorado and then have a machine down in South Africa that would receive it, test it to see if it was tagged properly, and they would know what country, state, province, and individual entity it came from.”

Safety comes into play regarding the ability of retailers and processors to know that the cannabis material they are using is confirmed to have originated in areas with compliance and safety standards that they trust, Shearman added.

But the importance of the platform goes far beyond simply regulation or the comfort of knowing the origin of cannabis products. According to Shearman, it could also be applied by companies large and small to protect proprietary cannabis strains.

As Shearman put it, “let’s say I had some great strain and no one else has it. Now I can use that as an artifact that I’ve been tagging up to two years now to prove I was the first one [with that strain] in the marketplace.”

When asked if the platform could be used by major cannabis industry firms to copyright strains, further monopolizing their hold on the industry, Shearman said “I’d hate to see that happen,” but argued that like the leviathans in the beverage industry have not managed to erase craft brewers, the same could be the case with cannabis.

“You have to look at cotton. Monsanto kind of runs the industry and supplies everyone, the seeds of the agriculture. Hopefully that doesn’t happen here,” he added.

He also stated that even small scale “craft cannabis consumers” could use the technology to copyright strains and other cannabis products, thus keeping them out of the hands of the industry giants and giving them an ability to stay viable despite their small size.

Zoom out a few years, and Shearman said what he hopes to see is a sort of assurance emblem for cannabis, much like the Good Housekeeping seal, which would serve as a symbol to consumers and suppliers that a certain cannabis product has been verified and tracked from beginning to end.

“It’s going to take time to get there,” Shearman said, adding “it’s an interesting way to help the industry mature and get mainstream.”

Read the original Article on The Cannigma.