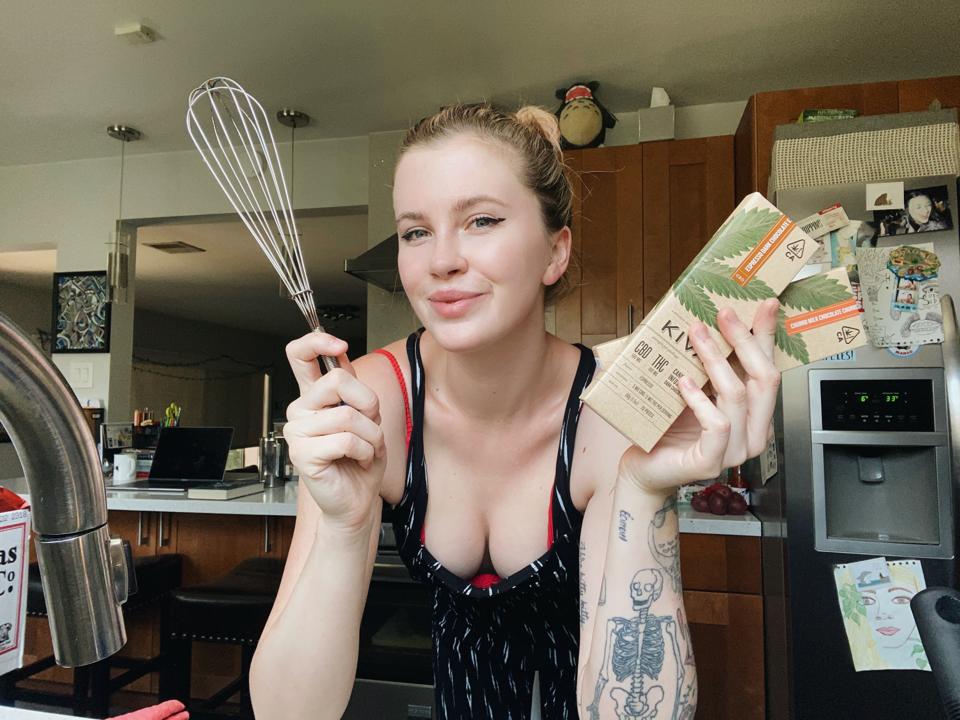 In these last years, we have seen an increasing amount of information arounnd the wonderful benefits of cannabis come out.

Cannabis science has evolved a lot since, with researchers now suggesting cannabis and cannabinoids can not only treat physical conditions, but psychological ones as well.

A person who can attest to this is Ireland Basinger Baldwin.

During a recent, exclusive coversation, Ireland went into her relationship with cannabis and her involvement with the Kiva brand, anxiety, her promising writing career, creativity, and self-love.

There’s this mean little misconception that posits that attractive people can’t suffer, she said. Least of all, a beautiful, young model and actress born in a wealthy and famous family.

She’s got everything, right?

Well, mental health doesn’t work that way – at all.

Right now, cannabis occupies a pretty important role in Ireland’s life. She’s been working with several cannabis brands and is outspoken about her use.

But, has her relationship with the plant always been this comfortable? 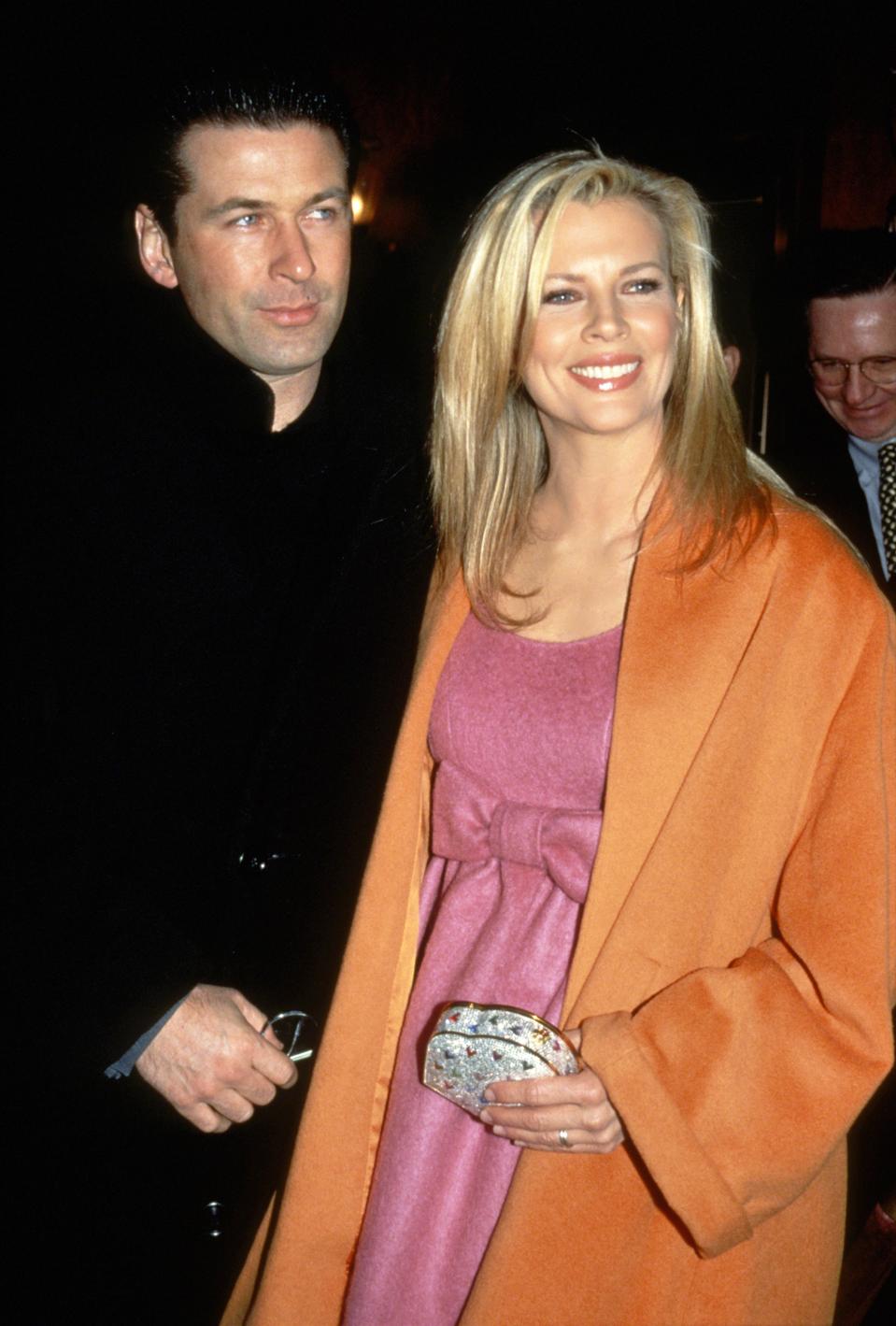 NEW YORK, NY – CIRCA 1994: Alec Baldwin and Kim Basinger attends the Premiere of „Ready To Wear” … [+] circa 1994 in New York City. (Photo by Sonia Moskowitz/IMAGES/Getty Images)

Apparently, no. As durable relationships tend to, it has changed and grown over time.

She admitted that she knew about cannabis from a pretty young age, but in a different way than most of us do: not as a dangerous drug, but as medicine.

“I grew up in a very holistic, very hippie household,” she shared. “My parents weren’t smokers or anything so much, but a lot of people I was influenced by and people I grew up with were very holistic and always used cannabis as a remedy for a lot of things.”

Her personal experience started, unsurprisingly, in high school – although she now aknowledges kids that age shouldn’t be consumin cannabis unless it’s prescribed by a physician. But it was during her college years that Ireland started to really get the hang of it.

As the plant became legalized across the country and thus, more readily available, Ireland started to learn a lot more about quality, effects, etc.

Her casual relationship with cannabis reached a turning point when she shot a cannabis-themed video for Eats Channel, an art series by Chris Applebaum that portrays women in lingerie eating “whatever they want.”

It’s described as a sex-positive project focused on female empowerment, that has featured quite a number of models. Ireland recalled the experience fondly, saying it’s “all of these girls in their underwear, in the most non-misogynistic way. It’s a fun experience, and it’s the most girl-power thing.”

In this particular video, Ireland was shown making weed brownies in her underwear and consuming different cannabis products.

“People could watch the videos and misconstrue it and think ‘oh, it’s just girls being sexy eating soup’ and all this bs, but it’s not like that at all,” she added. “You have full control and you do what you want and it’s so much fun.”

Granted, there aren’t as many places a model can claim to have creative control over the art they take part of.

But, how did a shoot change Ireland’s relationship with weed?

As she recalled, she wasn’t really consuming cannabis on a regular basis at the time. However, having to promote several brands in the video, she couldn’t not try them. And so, she did, ushering a whole new era for her “romance” with cannabis.

“Now it’s more of an art form,” she declared. “I understand the process. I’m a lot more knowledgeable about it all now, so I’d say that I’ve definitely progressed.”

Ireland still works with many of the brands that reached out to her when the video came out. But there was one that caught her heart and never let it go: Kiva Confections.

Ireland frequently works with Kiva and had nothing but wonders to say about it. 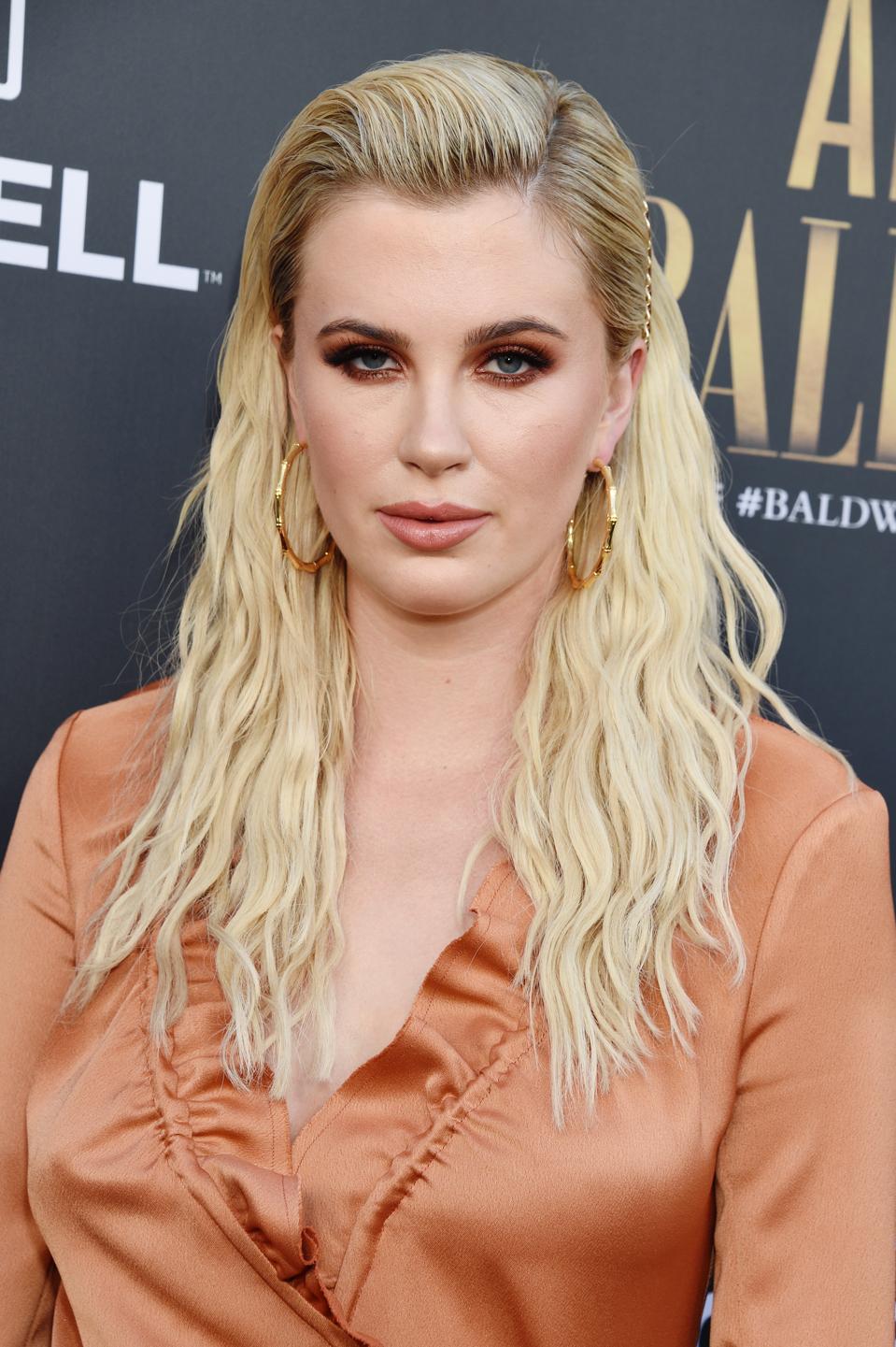 Even so – and in spite of knowing for a fact the product are great, the variety of brands in California can be sincerely overwhelming. So we had to ask: what’s so special about Kiva?

Her response was as honest as it was surprising: her love for the brand stemmed from her life-long loathing of marijuana edibles.

“I had such a bad experience, the majority of my life, with edibles. I always associated [them]s in my mind with… just the absolute worst,” she voiced, explaining this delivery method would often induce paranoia.

As many cannabis consumers know, having not-so-pleasant encounters with edibles is no oddity.

Not everybody can make a decent edible; it’s not as easy as simply rolling a joint and lightning it up. People tend to over-dose their preparations, and the effects can be so negative that many opt to never partake in edibles again.

But, apparently, Kiva can be a real mind-changer, according to Ireland.

See also: Wu-Tang’s Raekwon On His New Weed Venture: ‘Cannabis For The People, By The People’

“It wasn’t really until I was introduced to Kiva (even after the shoot I did) that I realized that edibles had the capability to make me feel the way they do, and aiding my anxiety and helping with so many different things,” she said.

And, up until now, no other brand has met this standard: “I never had such high quality ingredients and high quality weed… They’re just one of my favorites and I think their weed is the queen.”

Taking from her personal, experience, Ireland shared some advice for people who have never tried cannabis edibles, as well as those who have had bad experiences.

“I think the prejudice [against cannabis] is really old school, and that it’s sort of dying down a little bit,” she said. “I think people are definitely becoming more and more open to the possibilities of what cannabis can do for you.”

Another reason that keeps people from consuming cannabis, beyond stigma, is the paranoia associated with it, the feeling of “losing control.”

But for Ireland, it’s exactly the opposite. Cannabis actually has a wonderful effect on her anxiety.

She shared her condition when talking about her relationship with cannabis: “Even when I consumed a lot, thinking I could handle it, I never had an anxiety attack, which is huge for me, ‘cause I have an anxiety disorder. That’s part of the reason I partake in marijuana.” 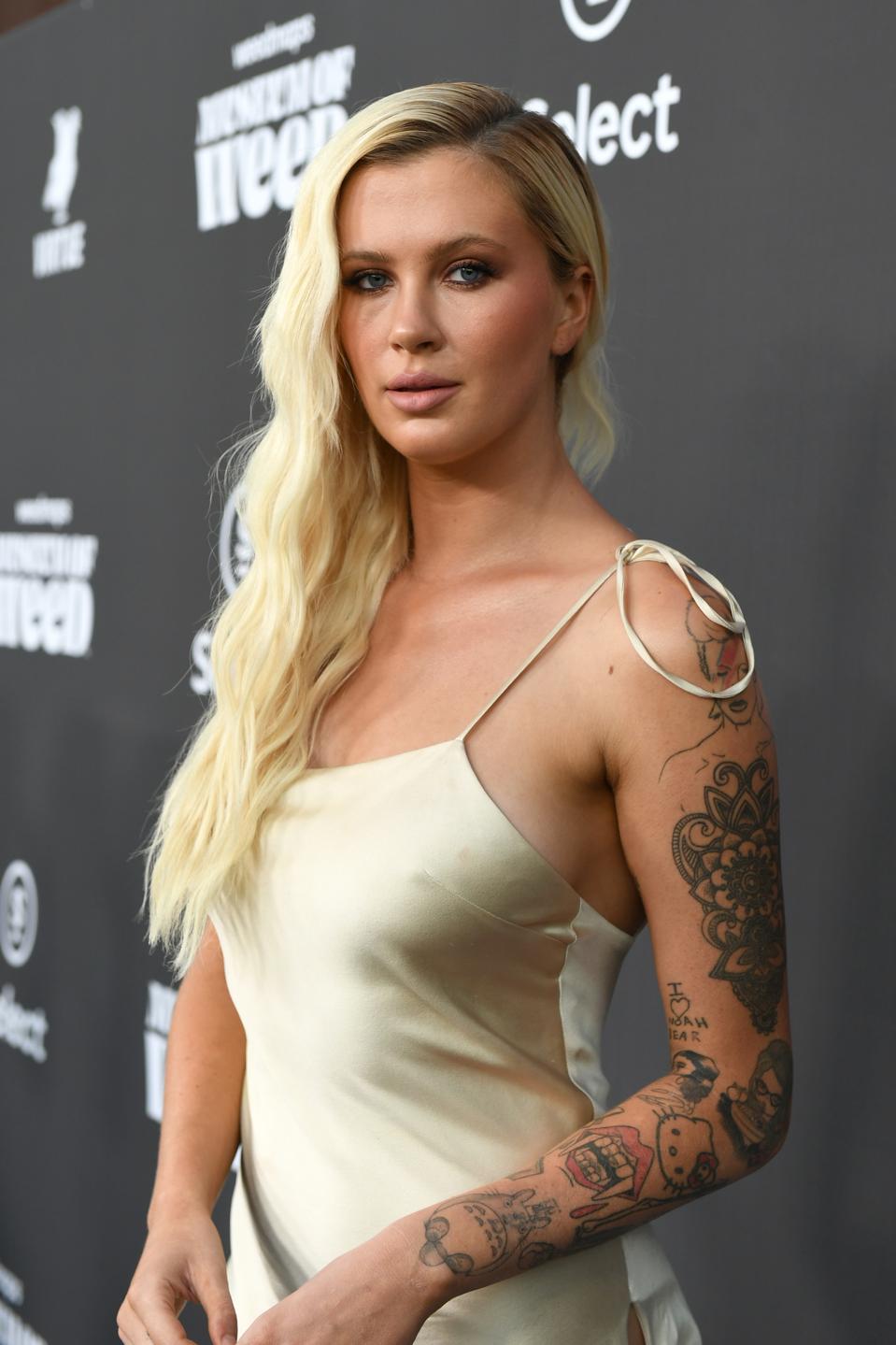 As mentioned before, anyone, no matter who they are, can have mental health issues.

And that includes models. Even if Ireland’s line of work is “relatively relaxing,” the intensity of her lifestyle and continuous travelling can take a toll on her mental state, she explained, recognizing “a lot of people definitely have a lot more going on” than she does.

But she also pointed out that, no matter what path she chose in life, she would still have to deal with her disorder: “Whether I was a doctor, or a physicist, whatever I am, regardless of what I do for work, I’m still gonna have anxiety.”

Seeking to alleviate the symptoms of sthis malaise, Ireland started medicating with cannabis, and has seen her life improve wildly.

“It has aided my anxiety so much. I can’t even tell you,” she confessed. “Nothing makes me feel as relaxed and as in control, because I hate feeling out of control. Even when I’m drunk. I can’t even explain it to people, they just don’t get it.”

Of course, she aknowledges cannabis is not a “magical cure-all.” It can work for some people, and not for others. But, personally, she’s grateful for a natural alternative to prescription anti-anxiety medication – being actively against the pharmaceutical industry as she is.

Cannabis not only can aid mental health and physical conditions: it can also increase people’s creativity. And right now, Ireland needs to be creative more than ever.

As of last year, Ireland has started a career as a writer. “No one really knows this, it’s such a new thing,” she said. “But I’m starting to write stand-up comedy, pretty much most of the time. I’m working on a couple of pilots for some shows now.

“There was a lot that was gonna come out before this happened, but there were finishing touches and things that still needed to happen, and to get adjusted before anything could get released. So, unfortunately, a lot of the stuff that I wanted to be out by now, isn’t,” she lamented.

Finally, Ireland got into creativity and how cannabis impacts her work. 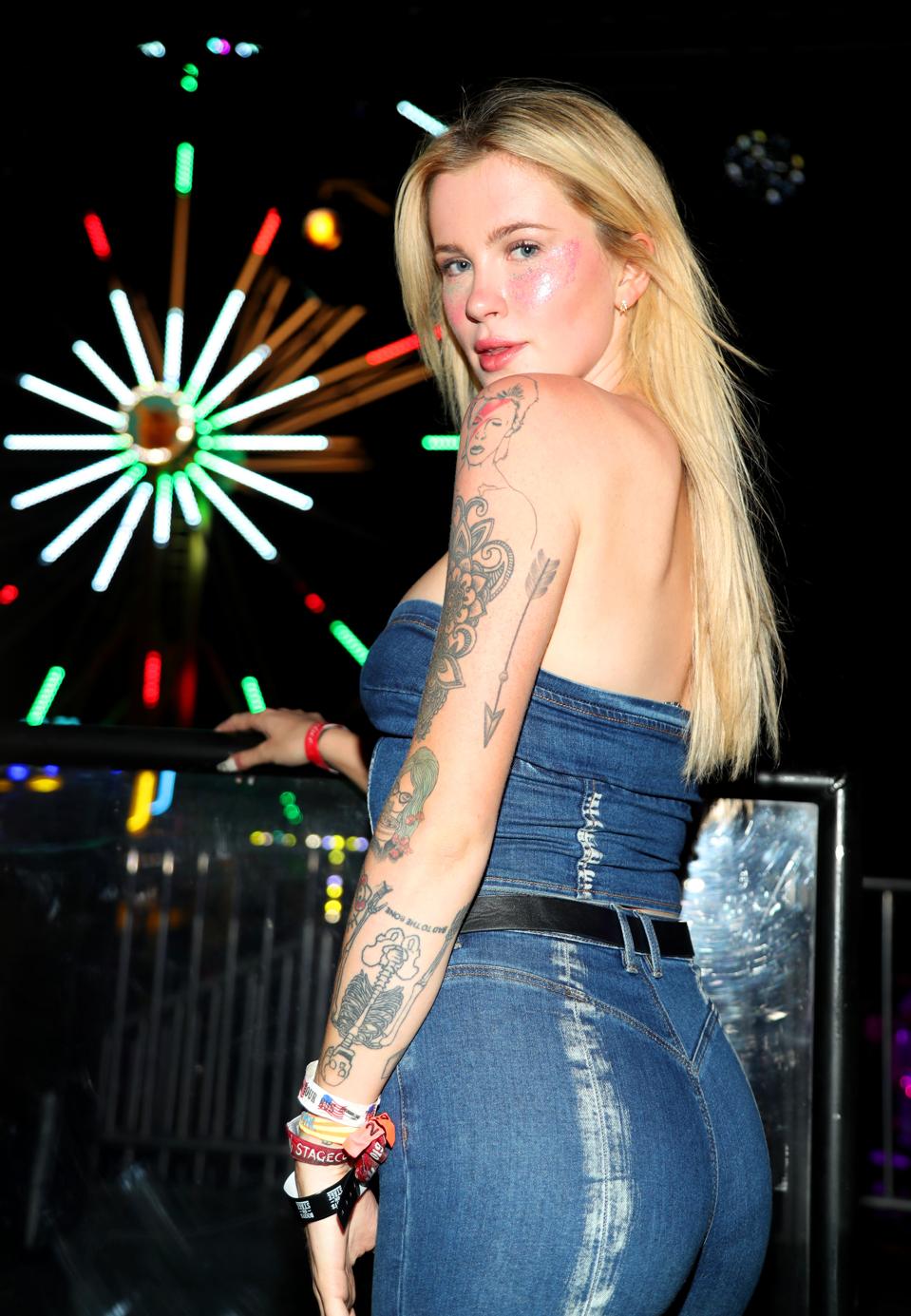 She also acknowledged that her anxiety disorder plays a big part in the relationship between cannabis and creativity.

“I feel that sometimes I’m very judgemental of what I write and of what I do,” she confessed. “I over-critique what I do; I get really, really insecure. And I’m like ‘this isn’t gonna be funny, this isn’t gonna read well, people aren’t gonna get it’, you know?”

But all that seems to fade away when she relaxes, winds down for the night and smokes or takes an edible.

“I’m capable of letting all that insecurity just go,” she said. “And I’m more open and susceptible to actually acknowledging that some of the work that I do is funny, and being proud of what I do, and being excited, getting more creative, coming up with more concepts…

“That’s kind of also such a wonderful thing about cannabis… I feel like if you allow it to, it can really unlock a lot of insecurity inside of you. You can dismiss that insecurity and unlock this creative person inside of you.”

Ireland knows she’s far from the only person with this type of issues.

And, even knowing that cannabis isn’t necessarily for everyone, she does consider that it can help people like her, who struggle with self confidence and creativity.

“One thing that’s really cool about cannabis,” she concluded, “is its ability to completely bulldoze those insecurities.”