Most markets are not rational. That is, the “price” of a good is not related to its intrinsic “value.”

And that certainly seems to be the case with legal recreational marijuana. The cannabis industry seems convinced that consumers want products with higher and higher THC.

The thing is, as yet another study shows, they do not.

While some marijuana consumers are wooed by the high THC content in cannabis concentrates—the oils, waxes, and other potent extracts that go into vape-oil cartridges and into “dab” rigs—that’s not the case with most consumers, a recent study found.

In fact, most people—as in 77.5 percent of people surveyed—who use cannabis actually want products with less THC, somewhere between 9 and 20 percent THC, as an article published in the journal Drug and Alcohol Dependence reports. 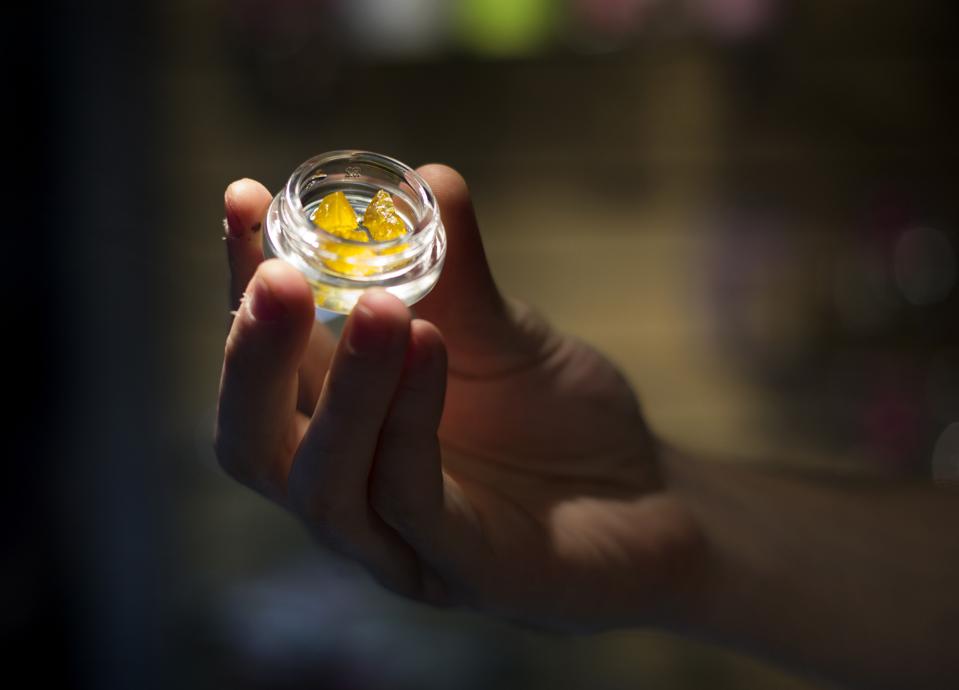 PORTLAND, ME – SEPTEMBER 6: A store employee holds some „dabs”, which are concentrated doses of … [+] cannabis, at Ganja Candy Factory in Portland on Thursday. (Staff photo by Derek Davis/Portland Portland Press Herald via Getty Images)

They want lower THC because they prefer the effects of less THC. Cannabis flower and low-THC products tended to “produce greater positive effects than concentrates,” the researchers found.

On top of a less beneficial and desirable high, dabs were also more associated with nasty side-effects like weed hangovers, paranoia, memory problems, and blackouts.

While these negative effects are more pronounced among novice users than experienced users—a category into which most “dabbers” absolutely fall—there’s also a dearth of “positive” effects related to dabbing at all, according to 574 marijuana users surveyed by researchers from Arizona State University.

For most surveyed, dabs aren’t even more effective for pain relief.

All that sounds awful (and, reader, you best believe: it is). So why are dabs “popular” at all—and why do they still enjoy a small if vocal and loyal following willing to pony up $70 for a gram of pine-smelling goo? 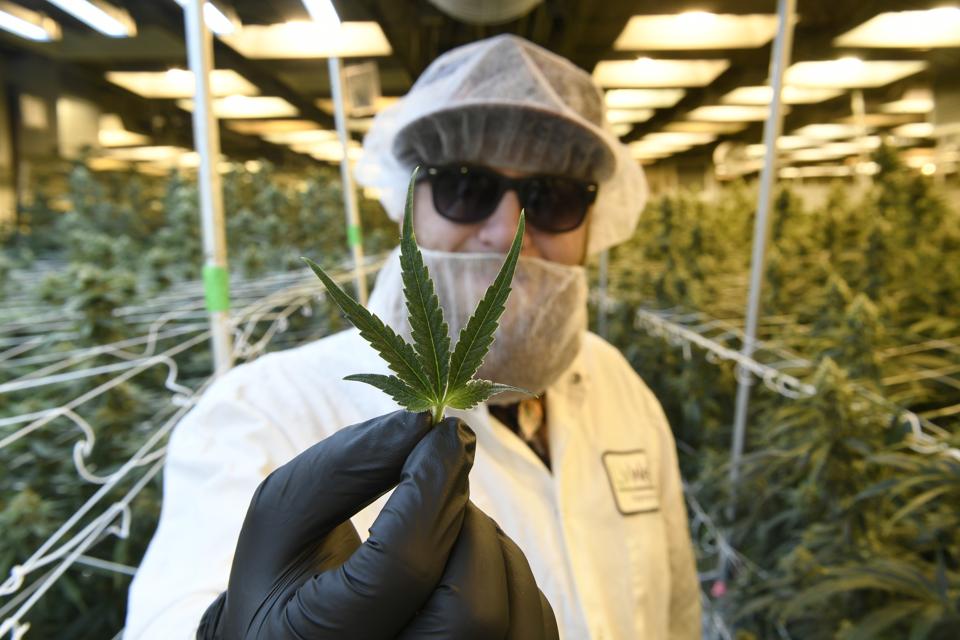 Here is the good stuff.

Lead researcher Madeline Meier is a professor of psychology at ASU. She and research assistant Sarah Okney surveyed 574 cannabis users recruited online via social media. The users were real stoners, reporting using cannabis about five to six times per week, and using concentrates at least once a month, though some respondents reported dabbing multiple times a day. (Another 275 study respondents dropped out for a very telling reason: they had never used concentrates.)

Demographics of study respondents painted a familiar picture: 55.4 percent male, 74.6 percent white, with an average age of about 32. They reported living in a wide range of states: about 39 percent in states with legal recreational cannabis, 37 percent in medical-only states, and the rest in prohibition country.

Ever have a weed hangover, the feeling that your brain’s wrapped in cotton, and moving through the day feels like trying to run a sprint in a swimming pool? Seventy-five percent of survey respondents felt that concentrates were mostly likely to do that.

“Findings contribute new knowledge by showing that marijuana produces greater positive effects (positive affect and enhanced cognition) than concentrates,” the authors wrote. “In addition, analyses of each person’s comparative appraisals of marijuana vs. concentrates showed that marijuana was selected over concentrates for producing the best high and being the preferred type of cannabis.”

Remarkably, this was the very first study to ask American cannabis users about the subjective effects of their cannabis use, but given how legalization continues to gain traction, it will surely not be the last. A few findings were surprising or inconsistent: While flower cannabis was rated preferable overall, it was also considered “slightly worse than concentrates” in creating “psychotic-like experiences” and “cognitive impairment.”

So why is it that dispensary shelves contain more and more products promising to send you skyward—which in turn has prompted crackdowns from regulators, who are limiting THC in edibles, as well as alarmist warnings from anti-legalization advocates? Part of it is because there are some users who feel they need more THC, either to counterbalance a deficient endocannabinoid system, or because their endocannabinoid systems are overwhelmed with too much weed. In this way, it could be self-fulfilling: the cannabis industry pushes high-THC products, whose users need more THC, who then pursue high-THC products.

As it is, the study didn’t surprise many legalization advocates. “The conclusion that most marijuana consumers prefer low-to-moderate potency options over high potency options is hardly surprising,” as Paul Armentano, deputy director of NORML, said in a release. “Just as the majority of those who consume alcohol prefer relatively low potency beer or wine over hard liquor, most adult-use cannabis consumers gravitate toward herbal cannabis preparations and away from the comparatively stronger alternatives.”

Like all studies, the study was not without its flaws, one of which was treating all concentrates as equal—when there are vast differences in product quality across legal and illegal markets.

“What are we talking about here: big globs of BHO wax or poop soup vape carts?” asked California-based cannabis consultant Sean Donahoe, referring to poor quality extracts containing residual chemicals left over the extraction process. “Any cannabis consumer, or anyone who has consumed anything ever, understands that assessing subjective experiences should look at product type, product quality, product documentation and packaging as well as marketing rather than just wide categories, akin to ‘wine’ vs. ‘spirits.’”

In other words: this study resolves nothing in terms of what’s “better” or “why.” But it does add to the growing pile of evidence that, for most of us, when it comes to THC, less is more.