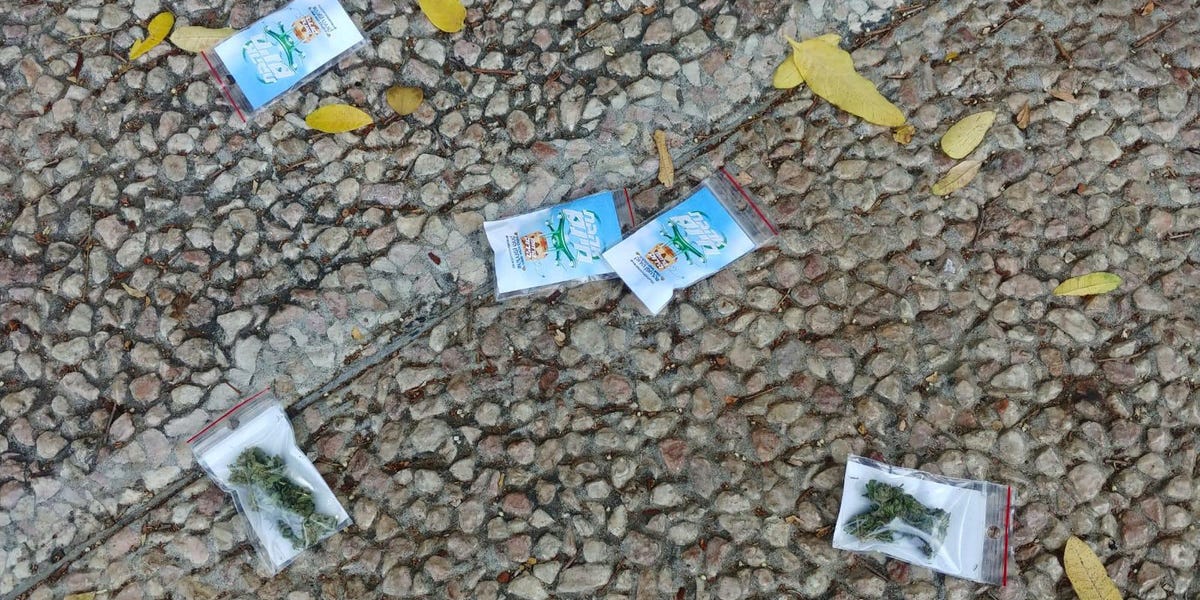 Cannabis fell from the sky over Israel, after a drone released hundreds of bags of the drug over central Tel Aviv on Thursday.

Dozens of surprised people rushed out into the busy street to collect the packets, which were dropped by a group called „Green Drone,” according to the Jerusalem Post.

Green Drone advocates for the legalization of marijuana in Israel, where the substance is still largely illegal, except in certain medical situations.

Just before the drop, the group posted a message on the messaging app Telegram, warning of what they were about to do.

„It’s time my dear brothers. Is it a bird? Is it a plane? No, it’s the green drone, handing out free cannabis from the sky… Enjoy my beloved brothers, this is your pilot brother, making sure we all get some free love,” the message read.

The Jerusalem Post said that the police arrested two people suspected of operating the drone, and said that they were being interrogated.

However, Green Drone has promised to continue dropping a kilo of marijuana a week, over different parts of the country.

Israeli legislators are currently debating one bill that would decriminalize cannabis and another that would legalize it for adult use, according to the website Marijuana Moment.