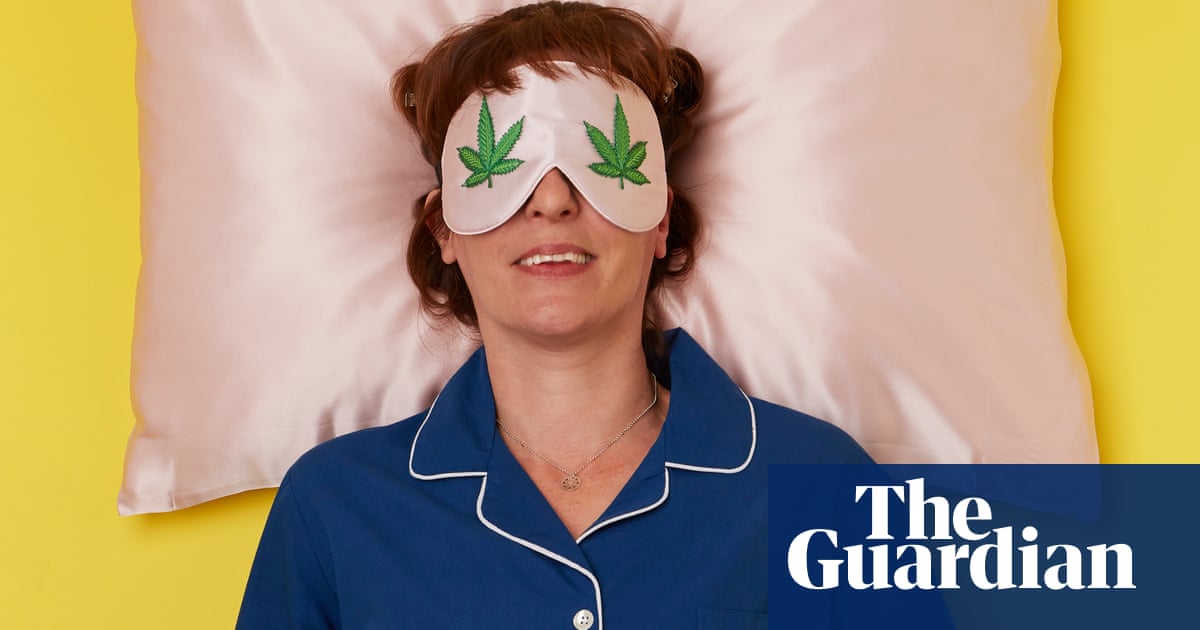 When I was young, I used to go on holiday with a friend so terrified of flying that she’d have to take her airline ticket to the GP and get a valium for each flight. Then she’d neck it, and spend four hours feeling no less terrified, but much less alert. Once, I got bored and took a pill she had left over. I fell asleep with my fork on the way to my mouth, which the air hostess said later was a career first. I always thought it would be reassuring for my friend, to be sitting next to someone who was visibly relaxed; apparently, not so much.

Anyway, I’ve been doomed to repeat this experience, except every night, not once a year: I sleep brilliantly. In a former life, I would have said I sleep normally but, according to Mr Z, someone saying, “I’m going to sleep” and then immediately being asleep is not normal. It is brilliant. Or at least, it is brilliant for me.

He sleeps terribly. It takes him an hour from turning the light off just to stop thinking. It’s worse when I’m already asleep, as I grind my teeth and make whistling noises, which has caused an amount of conflict, small but significant enough that I went nuclear with the CBD oil. Not the nursery slope stuff, the Zoetic Ultra, at 3,000mg (the standard oils tend to be one or two thousand).

It doesn’t taste like anything else you’ve ever tasted, but it’s not horrible; it’s rather neutral. All the illegal bits of cannabis have been removed; you don’t get a buzz or a warm, synthetic mellowness – you don’t really feel anything at all. And then, if you’re me, you’re asleep, but that’s normal.

Mr Z is not sure he fell asleep any more easily than normal, but he had a restful night and didn’t feel sluggish in the morning. I have my Fitbit as witness: typically, a person will spend 10 to 30 minutes awake through the night, in bursts so short they don’t notice. My average is more like 50 to 60 minutes, again in tiny amounts I don’t register, but it eats into my overall sleep score. There’s an argument that you shouldn’t measure things you can’t do anything about, and are unaware of anyway, but that’s not an argument anybody with a Fitbit would have time for.

Fit in my 40s: protein boosts fitness, but who wants to eat a kilo of chicken a day? | Zoe Williams

The CBD effect seems to be incremental: it was only towards the end of the first week that it made any difference at all. But over a month, it did bring down the amount of time I spent awake, by about 10 minutes a night. It also increased the amount of time I spent in deep sleep, relative to light sleep, so I started to feel more rested when I woke up. But whether that was a real effect or just a placebo from obsessively checking my sleep scores, I do not know.

Mr Z, meanwhile, has lost his Fitbit charger and so doesn’t know what his scores are. But he remains convinced that they are less good than mine, and is coming round to the idea that I am stealing sleep minutes off him, in some mysterious way. I’m hooked, though. Not literally – it’s not addictive.

The taste of CBD varies across brands, so if you really can’t stand it, you can take it via gummy sweets.