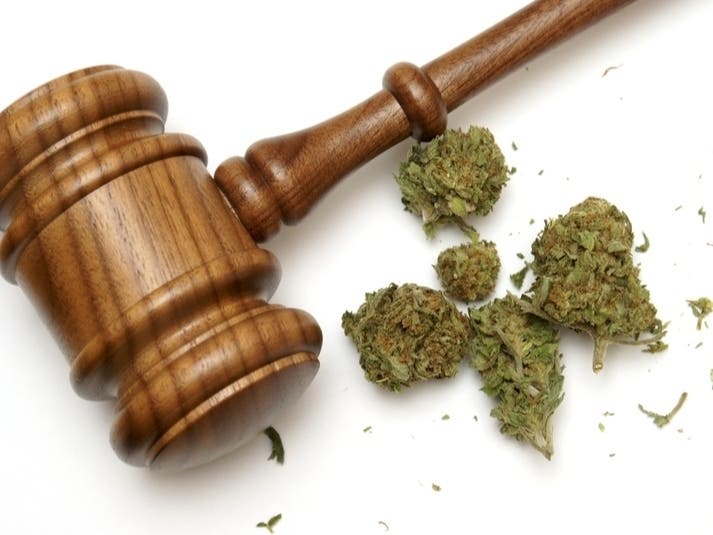 CHICAGO — Attorneys for a group of unsuccessful applicants for cannabis dispensary licenses asked a federal judge to order the state to either change the scores on their applications or halt a lottery set to award permits to open up 75 new marijuana retail locations.

According to a lawsuit filed Tuesday in Chicago, state regulators violated the constitutional rights of those who lost out on the application process by arbitrarily denying them the opportunity to correct incomplete applications or challenge errors.

Some current and former state lawmakers have also raised questions over the scoring of applications, the first to be graded taking into account whether applicants are deemed social equity applicants.

The new dispensary licenses will also be the first issued to anyone other than the established medical cannabis operators that were already licensed before the legalization of recreational weed in Illinois took effect on Jan. 1.

Those 55 companies — all of which are majority-owned by white men, according to the suit — have monopolized the Illinois legal marijuana market for more than twice as along as legislators allowed after Gov. J.B. Pritzker issued executive orders to push back a May 1 deadline for issuing new licenses in response to the coronavirus public health emergency.

More than 700 companies submitted more than 4,000 applications, since there is currently no limit on the number of times an applicant can pay the $2,500 fee and file a new application.

In a complaint filed Tuesday against IDFPR and its deputy director on behalf of 21 other corporate entities, Jon Loevy alleged the state regulatory agency violated the constitutional rights to due process, equal protection and access to courts of the applicants.

„The Department’s decision to go forward with a plan to award more than a billion dollars in licenses to a group of 21 politically-connected insider companies without providing the 4,000+ unsuccessful applicants any opportunity to challenge their ineligibility in unconstitutional, and cannot be permitted,” Loevy said. „This is particularly so where, as here, there are serious, obvious and objectively verifiable problems with [the] way the Plaintiffs' applications were scored.”

Loevy alleged KPMG did not grade the applications anonymously and did not provide any explanation for why the unsuccessful nominees were not selected for the lottery or why the 21 tied finalists were instead. He also noted the scorecard for the cannabis venture linked to his law firm, Justice Grown Illinois, showed that KPMG had made obvious errors in scoring by awarding different scores to identical applications, failing to recognize its ownership. The finding that the venture JG IL LLC was not even majority owned by Illinois residents „suggests an extremely incompetent process,” he alleged.

The winning entities include ventures „owned by a former superintendent of the Chicago Police Department, Illinois gaming operators, the leader of the Illinois cannabis trade association/lobbying group, a private-equity fund, the owner of an iconic Gold Coast restaurant/brand and at least one Democratic committeeman and lobbyist,” according to the complaint.

A KPMG representative denied the implication there was political bias at play in the scoring of applications.

„The scoring process was objective, following the state’s criteria, with a blind scoring methodology,” according to a statement provided to Crain’s. „The team scoring the applications would have no knowledge of the names or affiliations of applicants. A separate team scored certain aspects of the application, such as social equity.”

The first plaintiffs in the suit were two Black-owned ventures, Southshore Restore, run by Black resident and business owners from Chicago’s South Shore neighborhood, and Heartland Greens, led by military veteran Marquityta Hollins on Chicago’s West Side. They were joined by 19 other companies as plaintiffs in an amended complaint filed Tuesday.

Although registration information was not immediately available for each of the 21 plaintiffs represented by Loevy’s suit, several have confirmed links to Justice Grown, which was founded by 2014 by members of Loevy’s law firm, Loevy & Loevy. Attorneys from the firm did not respond to a request for comment about the suit Wednesday.

In a letter to Pritzker and his top cannabis advisors Tuesday, state Reps. Kathleen Willis (D-Northlake) and Rep. La Shawn Ford (D-Chicago) raised a series of questions about the process for awarding licenses, including why KPMG received a no-bid contract and whether its scoring decisions had been audited by anyone in the administration.

„My constituents have been contacting me and expressing their concern that the African American community got left behind again by a system that benefits rich insiders,” Ford said Wednesday in a statement. „Many questions and concerns have been raised about why some companies won and others did not. There must be transparency and all questions need to be answered.”