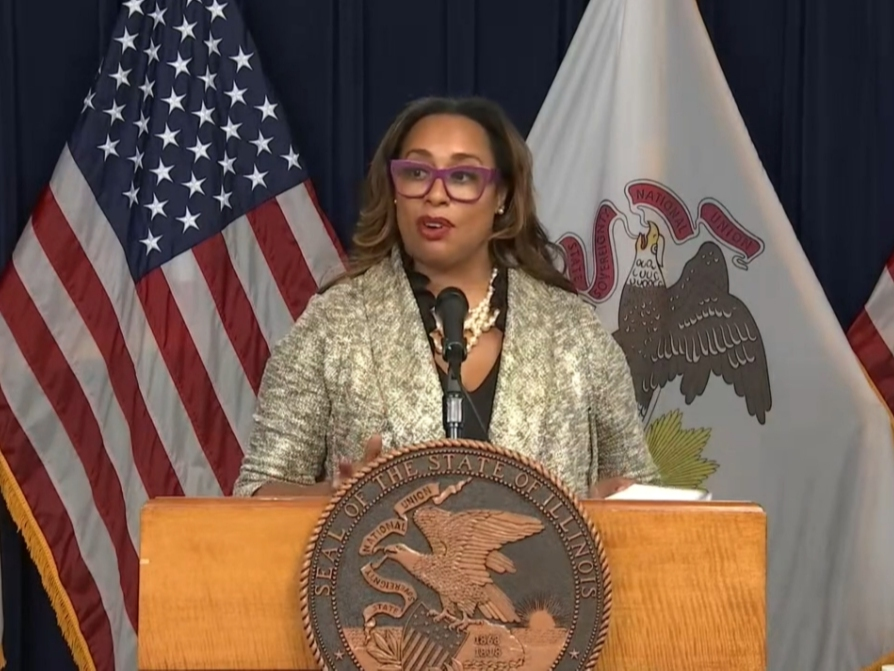 CHICAGO — People seeking state licenses to sell marijuana who missed out on perfect scores in the first round of applications for permits will get a chance to correct errors that cost them points, Gov. J.B. Pritzker’s administration announced Monday.

The move means that a lottery that had been set to award 75 retail cannabis licenses this month to the 21 companies who received 252 points on their applications will be delayed until sometime in „the fall,” Pritzker said Tuesday at a news conference in Chicago.

Hours earlier, a hearing on an emergency motion to block the lottery from taking place was cancelled after a federal judge announced attorneys for the Pritzker administration and a group of unsuccessful applicants had reached a settlement agreement. Court records show the applicants agreed not to repeat any of the civil rights claims in their suit, leaving the door open only to future claims of insufficient administrative review.

Pritzker and his top cannabis advisor, Toi Hutchinson, a former state senator who co-sponsored last year’s Cannabis Legalization and Tax Act, said the Illinois Department of Financial and Professional Regulation would be responsible for the review of the scoring.

„Across the board in a process that should be characterized by equity to its core, too many people have said that more needs to be done to ensure fairness,” Pritzker said.

„Unsuccessful applicants will receive a supplemental notice of where their applications lost points,” Pritzker explained. „Applicants will have the opportunity to request a rescore of their existing applications or to submit additional information to meet the criteria.”

Earlier this year, a total of 937 entities submitted applications for licenses to operate recreational marijuana dispensaries in Illinois. Each had the opportunity to submit multiple applications for a $2,500 non-refundable fee, leading to more than 2,588 applications that needed to be graded using a score process laid out in the legalization bill.

Consulting firm KPMG received a no-bid contract worth about $4.2 million to score the applications according to guidelines offered by state regulators. A representative of the firm has yet to answer questions regarding its involvement in the supplemental review process or how many errors it had identified.

The act also mandated the licenses be issued by May 1, although Pritzker earlier this year used an executive order to push back the deadline indefinitely, citing the coronavirus pandemic.

„Working quickly is important, but getting it right is also important. So the expectation here is that we’ll be able to get this done this fall,” Pritzker said. „There’s obviously a delay as we try to expand and allow people to address deficiencies or points that they weren’t awarded in the original process to make sure that we have as many people in that final lottery as deserve to be there.”

When state regulators announced earlier this month that 21 entities had managed perfect scores, unsuccessful applicants raised questions over the accuracy of some scores and whether all parties had been treated fairly. Several filed lawsuits, including the one settled today.

As last year’s legalization bill is written, only businesses that are majority-owned by veterans are eligible to receive perfect scores, and companies can receive social equity applicant status without sharing any of the ownership with people the law is aimed at helping — those who live in areas disproportionately impacted by the drug war or those with past encounters with the criminal law system.

Hutchinson emphasized that equity was the primary goal of the legalization bill and remains the goalpost of the state marijuana policy.

„Our goal was to create an industry that looks nothing like the industries that exist in other states and countries across the globe,” she said. „Ultimately, Illinois will do what no other state in the nation will be able to do, disrupt a burgeoning industry dominated by white men and built until now, until Illinois, with little regard for the Black and Brown communities who suffered the most under the failed war on drugs.”

Applicants who fell short of the perfect score will have 10 days to provide additional details to their exhibits or ask state regulators to review the scoring of their original application if they believe there was an inconsistency or error. They will not be allowed to change ownership.

„With this additional review of the first round of applications we look forward to making sure applicants receive their scores and then have a chance to strengthen their application,” Hutchinson said. „We will all be stronger for that.”

Attorney Jon Loevy, who represented the losing applicants in the suit settled Tuesday, welcomed the announcement of a scoring review.

„The Governor, his staff, and the IDFPR deserve considerable credit for taking steps to ensure that this process will be fair and equitable to all participants. The Governor heard people’s complaints about the concerns about the scoring process, and he listened to those complaints, and he made appropriate fixes,” Loevy said in a statement. „Rep. LaShawn Ford also deserves credit for being the voice for people who felt treated unfairly, and for helping to find a resolution that makes things right.”

After the first round of 75 licenses are rescored and awarded via lottery, but before the next 315 licenses are issued, the Department of Financial and Professional Regulation is required by law to conduct an evaluation of the state’s cannabis market and may suggest additional measures.

Hutchinson suggested state lawmakers pass additional legislation to incorporate a series of fixes in the law to better realize its goals.

„We can always make the plan smarter as we know more about the game,” she said at Tuesday’s news conference. „I know that together with my former colleagues in the General Assembly, we can apply that same principle to making sure this law is as equitable and inclusive as we intended it to be.”