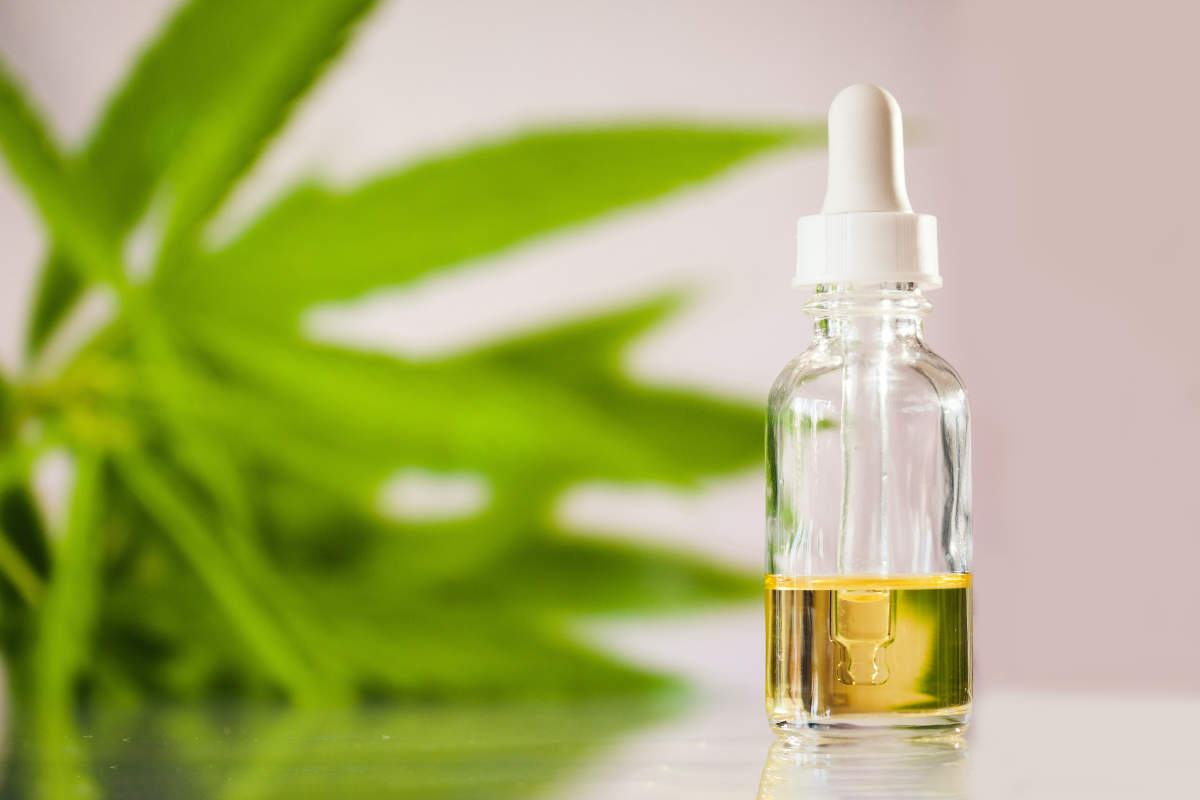 It started, as many impulse decisions do, with an Instagram ad. A friend tagged me in a giveaway for CBD oil precisely at the time I needed it most. The election was coming up, I hadn’t left my house in what felt like months, and my sense of impending doom was growing by the day. I was ready to try just about anything to relieve my anxious energy, so I placed an order for CBD oil on a whim.

I like to think of myself as a trendsetter, but I admittedly hopped on the bandwagon here. The CBD market has been booming during this stress-inducing year. Google searches for “CBD for stress” have risen on and off since January, reaching the highest levels of interest in June and October. The Brightfield Group, a cannabis research firm, estimates that the U.S. market for CBD will reach $4.7 billion in sales this year, a 14% increase from 2019. And a quick Instagram search of the hashtag #cbd yields over 11 million posts, many of which feature influencers holding colorful dropper bottles of the stuff. If you hadn’t heard of CBD a year ago, you almost definitely have heard of it by now.

What Is CBD, Anyway?

What’s that? You’ve been living on the space station and haven’t heard of CBD? OK, here’s the scoop. Cannabidiol, or CBD for short, is a chemical compound found naturally in the cannabis plant. It’s related to tetrahydrocannabinol (THC), the compound that causes the characteristic marijuana “high,” but with one distinct difference: CBD causes no psychoactive effect on its own.

Both CBD and THC connect with receptors in your brain. “The body has a biological system which regulates several bodily functions called the endocannabinoid system,” explains Matthew Mintz, M.D., a clinical associate professor at The George Washington University School of Medicine in Bethesda, MD, and author of Medical Marijuana and CBD: A Physician’s Guide for Patients. THC acts by stimulating the cannabinoid receptors present in your brain and nervous tissue, he says, which influences your normal thought patterns.

In contrast, CBD interacts with neurotransmitters like serotonin and dopamine, which are responsible for regulating mood. “CBD has been shown to stimulate certain receptors like the serotonin 5-HT1A receptor, which might explain why it is helpful in anxiety and nausea,” says Dr. Mintz, echoing a 2019 study in the medical journal Pain that confirmed the serotonin connection. “Other receptors CBD interacts with in the body include adenosine and glycine receptors, which can explain the role CBD plays in reducing inflammation and pain.” More research, such as a 2018 report in Surgical Neurology International, has found evidence to suggest that CBD can help with chronic conditions like Parkinson’s, multiple sclerosis, and neuropathic pain.

Despite these promising findings, the Food and Drug Administration (FDA) has yet to give CBD its official blessing. “The research on CBD, especially CBD by itself, is very limited,” Dr. Mintz notes. In 2018, the FDA approved one prescription product containing CBD for the treatment of epilepsy. Other than that, the market remains unregulated—problematic both for manufacturers who want their product to have credibility, and for consumers who may be wary to try variations of the chemical compound without FDA approval.

Thus far, the public is relying mostly on small studies and anecdotal evidence to suggest that CBD can help with anxiety—but that hasn’t stopped the market from exploding. As this week’s New York Times article suggests, it’s become the go-to soother for a stressed-out country. Anita Fosen, 25, an internet blogger, has been using CBD for two months now to help with her sleeplessness. “I have mostly taken a few drops some hours before going to sleep, but since getting it, I have also taken it a few times during the day if I feel very stressed or anxious,” she says. Though she still has some sleepless nights, she believes the CBD is helping; she even gives a canine version to her dog to calm his anxiety during thunderstorms.

So, Should You Try It?

That’s really up to you. While CBD hasn’t been shown to be dangerous or to have serious negative side effects, it also hasn’t been definitively proven to reduce stress. That said, many people love and swear by it—and the growing popularity speaks for itself.

The toughest part of shopping for CBD products is knowing which brands are trustworthy. In the United States, it is illegal for companies to market CBD as a dietary supplement or to make unproven medical claims about it. Capsules, oil tinctures, and gummies are all legal, but they’re advertised simply as tools for general health and well-being.

“Since it is not regulated, you can’t be sure what you are getting,” Dr. Mintz says. “The only way to know that you are getting good high-quality full spectrum CBD is to purchase from a company that verifies their products using a third party, independent lab.” (You can look for a third-party certificate displayed on the company’s website.)

If you have a medical condition or are taking medication of any kind, Dr. Mintz recommends checking in with your physician before trying CBD. Most importantly, don’t make an abrupt swap from you usual meds for anxiety to CBD products—the side effects of quitting cold turkey can be serious, and CBD shouldn’t replace any proven therapies you use for your mental health.

As for me, I’d say I’m cautiously optimistic. After experimenting with CBD oil for just over a week, I’ve noticed I sleep better on the nights I take the dropper before bed. Granted, it could be a placebo effect… but it’s certainly enough to keep me intrigued. And in a year like 2020, I’ll take all the help I can get.