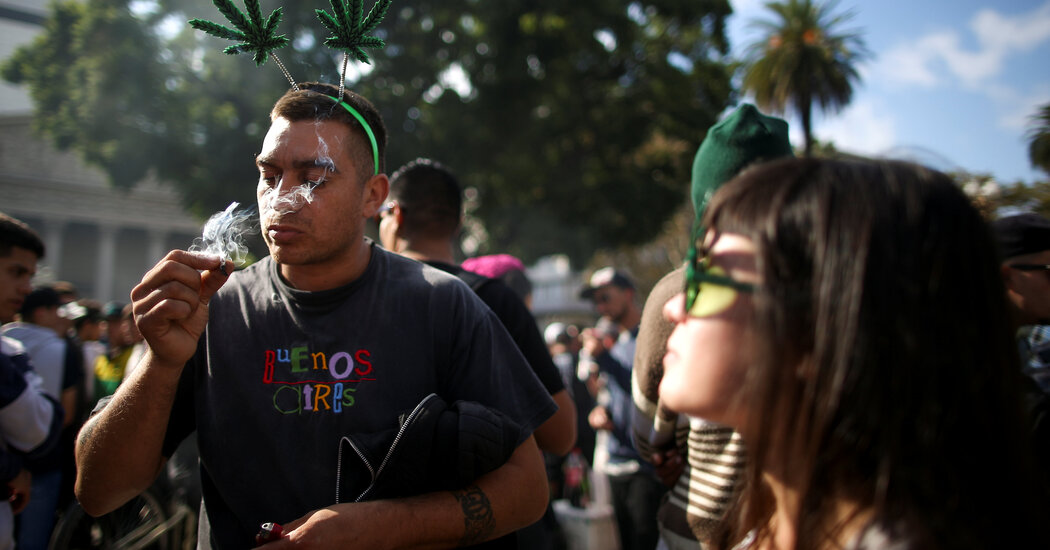 BUENOS AIRES — Argentina on Thursday authorized people to grow marijuana at home for medicinal use, delighting supporters of cannabis who have fought for years to make it widely available to patients suffering from a broad range of ailments.

A decree issued by President Alberto Fernández also allows pharmacies to sell cannabis-derived oils, creams and other products, and it orders public and private insurance systems to cover these medications for patients who obtain a prescription.

The president’s move significantly expanded the reach of a 2017 law that legalized medical marijuana. Supporters of medicinal cannabis say Mr. Fernández’s predecessor, Mauricio Macri, established restrictions so strict that it effectively made the drug inaccessible to patients.

The measure is the latest step softening drug laws in Latin America. In 2017, Uruguay legalized recreational marijuana, which is sold in pharmacies, and Colombia established a licensing system to grow cannabis for medicinal use. Home growers in Argentina will need a license based on medical needs.

“We’ve been fighting for this for three years,” said Valeria Salech, the head of Mamá Cultiva, an Argentine organization that promotes medical marijuana. “We’re no longer going to be criminalized for seeking a better quality of life for ourselves and our loved ones.”

Ms. Salech became a strong proponent of medical marijuana when she saw the positive effects cannabis oil had on her son, Emiliano, who has epilepsy and is autistic. Emiliano, now 14, has been using cannabis oil for the past six years.

“Cannabis helped him improve his connection to those around him. He was able to stop using diapers, to pay attention, he learned how to play,” Ms. Salech said. “It changed our lives.”

The 2017 law was so restrictive that people mainly acquired cannabis products on the black market.

“There was a law but there was no access to products,” said Argentina’s health minister, Ginés González García. “We are replacing a black market that already exists with quality control that is key in all medical products, particularly those that are given to children.”

The 2017 law permitted only patients with refractory epilepsy access to cannabis oil, and there was no procedure in place to obtain it legally through the state. Ms. Salech and other activists encouraged cannabis users to grow their own plants, despite the fact that doing so was against the law.

“We cultivate knowing that at any moment we could lose our freedom, but we do it because you can’t put a price on quality of life,” Ms. Salech said.

Growing marijuana carried with it prison terms of between four and 15 years. Those who grow it going forward without a license will still face that penalty.

The government now intends to draw up a licensing system to authorize home cultivation. It also hopes to work with medical laboratories interested in producing marijuana and its derivatives.

Approval will be “on a case-by-case basis,” Mr. Gonzaléz García said, but he emphasized there will be a broad understanding of the pathologies that could be helped by cannabis.

“Even if it does not provide a cure, improving quality of life is no small thing,” he said.

Argentina’s new regulation will also allow cultivation by third parties who are growing cannabis on behalf of those with a medical need.

For now, full legalization of marijuana is not on the government’s agenda. But activists are optimistic the definition of medical needs will be expanded to include general well-being.

“If we only think of health as the absence of illness, we’re missing the point,” Ms. Salech said. “This plant came to teach us that.”