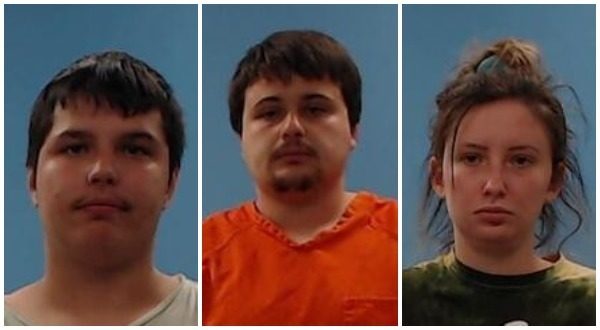 Affidavits have been filed in Boone County providing details, including the identities of three individuals, arrested last month when over $1 million in drugs and property were seized in a raid.

According to probable cause affidavits, the three arrested and charged are 20-year-old Ryan Lee Michael Womack and 23-year-old Marcus A. Mendoza, who are brothers, and 21-year-old Anja Michelle Handy.

Authorities raided three residences, one along Arkansas Highway 43 South and two along Primrose Lane, on Oct. 14. The residences are near one another.

During the execution of search warrants, numerous items were located and seized, including

– 1,211 packages of gummy-type and other THC edibles 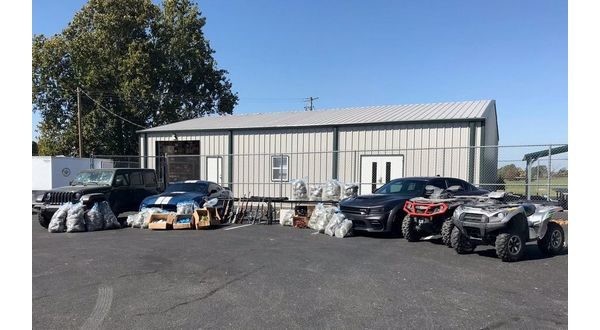 Five persons were located in the residence along Highway 43 South, including the three arrested and charged, as well as a male toddler, the son of Mendoza and Handy, and a second juvenile.

At a residence along Primrose Lane, officers seized

– Drug use paraphernalia and

– Title for a 4-wheeler located at the Highway 43 South residence.

In a post Miranda interview, Mendoza allegedly admitted to selling marijuana and bi-products for financial gain. He reportedly admitted flying to California in early October to complete a drug transaction with a supplier he had been dealing with for approximately one year. Over time, the purchases had grown, with the latest one being his largest re-supply to date.

Mendoza told law enforcement his brother accompanied him on the October trip to California. However, Mendoza said Womack was not in direct contact with the supplier.

The brothers are charged with

– Simultaneous possession of drugs and firearms, a Class Y felony

– Possession with purpose to deliver a controlled substance, Schedule VI, a Class A felony

In addition, Mendoza and Handy face a felony charge of endangering the welfare of a minor.