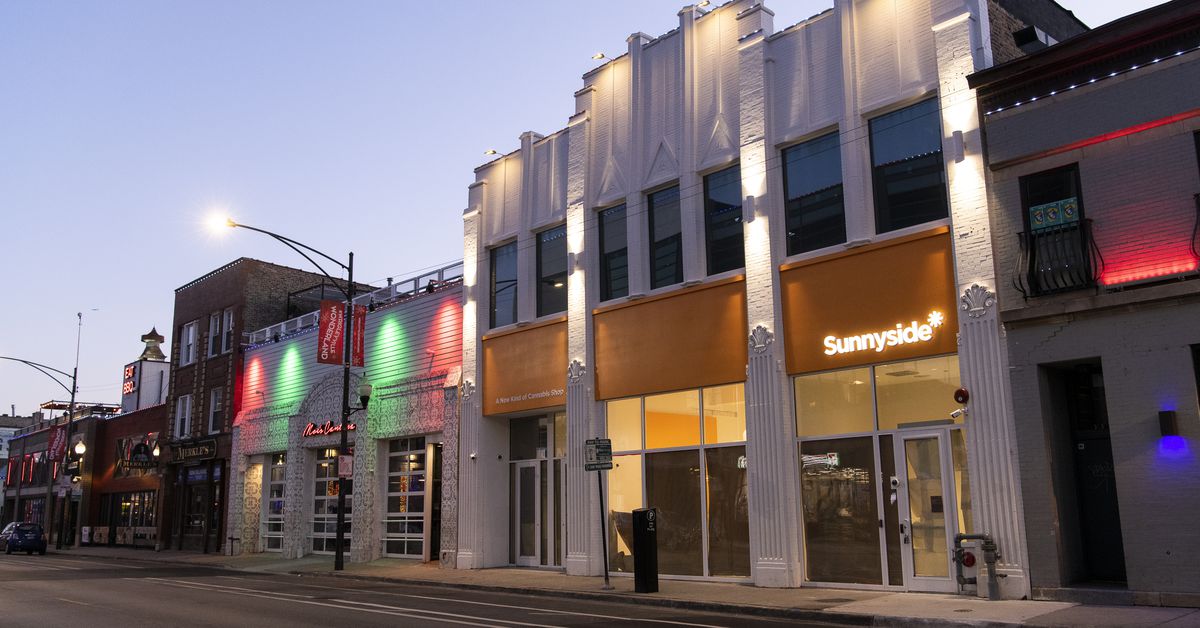 With Illinois facing a nearly $4 billion budget deficit next year, lawmakers and cannabis industry insiders have claimed the state is missing out on more than $100 million in tax revenue by blocking certain pot shops from relocating.

While the state’s economy has been upended by the coronavirus pandemic, cannabis sales have remained a bright spot throughout the crisis. Sales of recreational weed topped $500 million over the first 10 months of full-on legalization, and total monthly sales surpassed $100 million for the first time in October.

Nevertheless, some players in the state’s pot game say the industry has been hampered by Gov. J.B. Pritzker’s interpretation of the legalization law. Under his administration’s reading, existing medical dispensaries aren’t allowed to move without losing their chance to also sell recreational weed — even if they’re operating in a city or town that has barred those sales or they’ve outgrown their current locations.

Pam Althoff, a former state senator who leads the Cannabis Business Association of Illinois, said lawmakers and state officials should prioritize resolving the issue, which has remained a contentious topic for more than a year.

“Allowing dual licensees to move will not only increase tax revenues for the state and local municipalities but will permit the industry to hire more people and allow communities to maintain local control as to where in their community they wish these new cannabis operators to operate,” said Althoff.

In August of last year, as Illinois was preparing to start its experiment with recreational pot, a group of lawmakers who led the legalization push penned a letter to Pritzker urging him to reconsider his position while noting that his administration’s reading of the law “threatens the success of the program.” Pritzker rebuffed their appeal, noting that the rule sought to ensure that existing dispensary operators “do not completely dominate the new market” before the so-called social equity candidates had a chance to win new licenses.

State senators later approved legislation in May that would have allowed some pot shops to move without any repercussions, but the bill was ultimately shot down in the House, leaving dozens of dispensaries in limbo.

A memo created by industry sources and shared with lawmakers showed the state was losing out on roughly $135 million in revenue.

Those estimates included lost revenues from 13 dual-use stores that required larger spaces and nine medical dispensaries that either operated in municipalities that barred recreational sales, had leases that didn’t permit those sales or faced new zoning restrictions. Given that some of those municipalities have since allowed the sale of recreational weed, the estimated losses now hover around $100 million based on the same metrics.

Pritzker’s office didn’t respond to a request for comment. But Kelly Cassidy, a key sponsor of the legalization law who signed the letter to Pritzker, said the issue would likely take some time to resolve.

While Cassidy noted that a cannabis working group hasn’t addressed the topic yet, the lawmakers have ample time before the next legislative session in January.

“It remains a concern for folks, whether it’s places where the towns are asking them to move for safety reasons — for traffic safety kind of reasons, which I’ve seen in one or two cases — or others where their current facility is so small it’s really hard to safely serve clients and they want to have a bigger footprint so that they can spread out a little,” said Cassidy.

She pointed to Cresco Labs, which is hoping to move its dual-use Sunnyside store in Lake View to the old John Barleycorn pub location just steps from Wrigleyville. Cresco, a Loop-based pot firm that operates in multiple states, is also pushing to move from another storefront in Buffalo Grove where the landlord won’t allow recreational sales.

“Both of these new locations would be in the same area and create significant tax revenue for both the cities they’re in and for the state,” said Cresco spokesman Jason Erkes.

Pharmacann, another major Loop-based cannabis company, is also hoping to relocate its Verilife dispensaries in Romeoville and North Aurora. Those dual-use shops would simply move to bigger spaces in those same villages to accommodate more customers, spokesman Jeremy Unruh said.