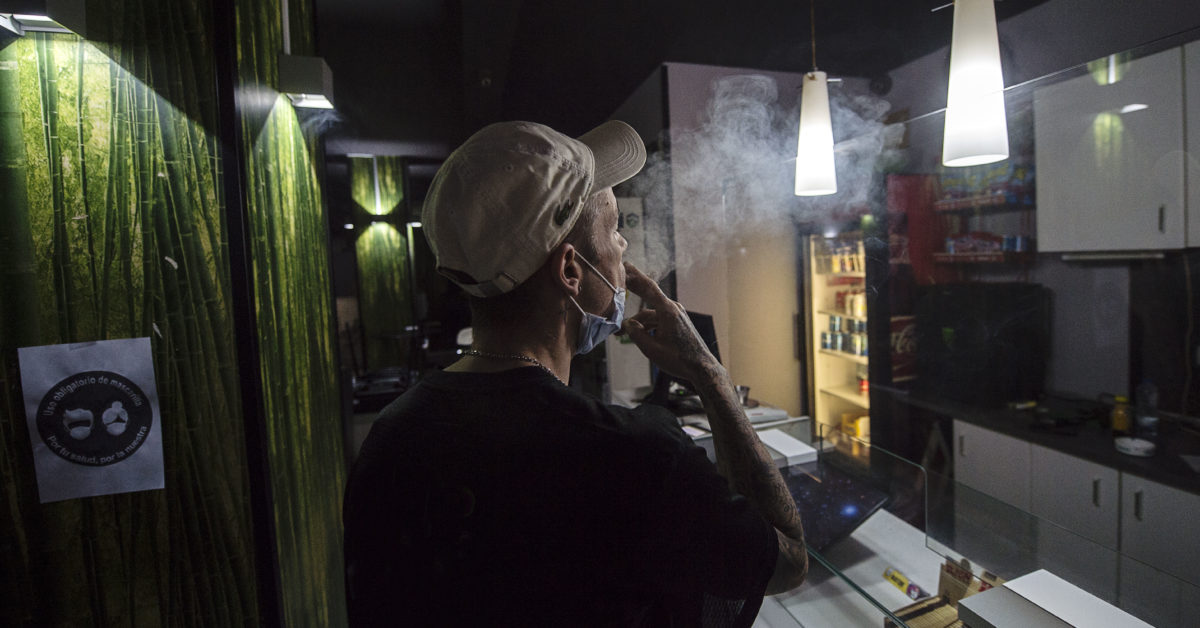 The decision by the Court of Justice of the European Union (CJEU) is a setback for EU countries that are cracking down on CBD products, arguing they are harmful to people’s health.

At issue was a French case against a Czech company that sold CBD extracted from the whole cannabis plant to use in electronic cigarette cartridges. France only allows extraction from cannabis seeds and fiber — not the whole plant.

The court ruled the law that prompted this legal action against the Czech producers was an unnecessary restriction of the free movement of goods because the substance doesn’t pose a threat to human health.

“A decision to prohibit the marketing of CBD, which indeed constitutes the most restrictive obstacle to trade in products lawfully manufactured and marketed in other [EU] Member States, can be adopted only if that risk appears sufficiently established,” the court wrote.

First, the court set aside EU regulations on hemp — cannabis with less than 0.2 percent of the psychoactive cannabinoid tetrahydrocannabinol (THC) — in the bloc’s Common Agricultural Policy (CAP), because CBD „cannot be considered an agricultural product.”

Second, the court wrote that while countries can prohibit the free movement of goods of a banned substance like narcotic drugs, this prohibition doesn’t apply to CBD — because the substance isn’t a narcotic drug.

Banning the sale of CBD products because they’re a cannabis extract goes against the “general spirit” of the U.N. conventions, which aim to protect people’s health. CBD, unlike the psychoactive THC, “does not appear to have any psychotropic effect or any harmful effect on human health,” the court wrote.

The court conceded that a country can inhibit the free movement of goods on the basis of “public interest … provided that that legislation is appropriate … and does not go beyond what is necessary.” But such restrictions aren’t justified in this case, it said. As an example, it cited how France has not banned synthetic CBD, which has the same properties but is just not produced using the entire cannabis plant.

The court concluded that France isn’t required to prove that CBD is dangerous like narcotic drugs, but the country’s court must look at scientific data to ensure “the real risk to public health” is not „based on purely hypothetical considerations.”

Cannabis advocates hope that the ruling could set the groundwork for a legal CBD market. Currently, many CBD products in the EU are sold in a legal grey zone that allows cannabis to be sold for agricultural purposes.

Béchir Saket, vice president of the French cannabis advocacy group L630, said that the ruling was a „slap in the face” to France and prohibition of CBD in Europe. France in particular has fought against CBD products by shutting shops and prosecuting people who sell them.

„Many shops had been closed,” Saket said in an email. „Many managers and sometimes their families were taken into police custody or had their homes searched. [But today], the ECJ has ruled in our favour. It is a European decision that secures the CBD market.”