Cannabis that contains mainly cannabidiol (CBD) has been found, for the first time, not to impair driving, according to a landmark study.

A team from Australia conducted experiments with participants who drove for 62 miles after inhaling cannabis containing different mixes of tetrahydrocannabinol (THC) and CBD.

Cannabis products containing primary CBD did not impair driving while cannabis containing THC, or a THC and CBD mixture, caused mild impairment measured at 40 minutes later but not after four hours.

Researchers say their study should 'reassure people using CBD-only products that they are most likely safe to drive, while helping patients using THC-dominant products to understand the duration of impairment.’ 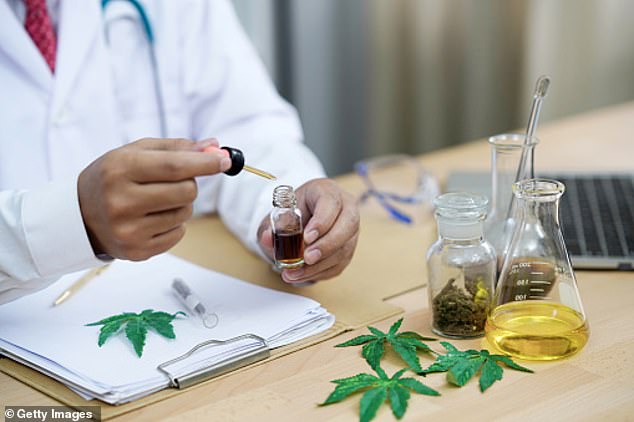 Cannabis that contains mainly cannabidiol (CBD) has been found, for the first time, not to impair driving, according to a landmark study

The study was led the Lambert Initiative for Cannabinoid Therapeutics at the University of Sydney and conducted at Maastricht University in the Netherlands.

Lead author Dr. Thomas Arkell said: 'These findings indicate for the first time that CBD, when given without THC, does not affect a subject’s ability to drive. That’s great news for those using or considering treatment using CBD-based products.’

CBD has taken the world by storm with its medicinal powers that treat a number of conditions such as epilepsy, anxiety, chronic pain and addiction.

However, many of the products on the market contain both THC and CBD – leading the Australian team to investigate the effects on driving. 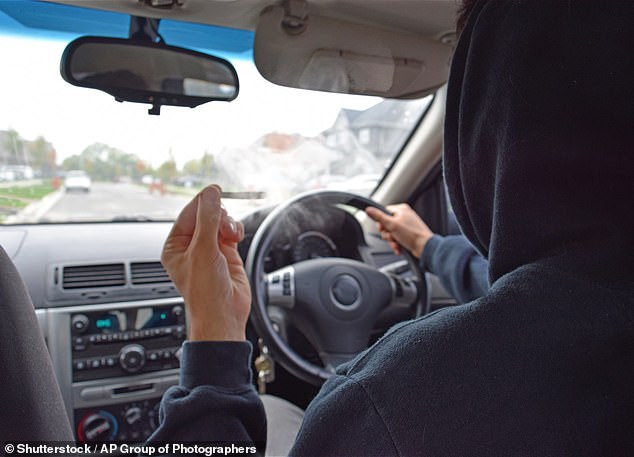 Cannabis products containing primary CBD did not impair driving while cannabis containing THC, or a THC and CBD mixture, caused mild impairment measured at 40 minutes later but not after four hours

’These results provide much needed insights into the magnitude and duration of impairment caused by different types of cannabis.’

Researchers recruited 26 healthy participants for the study, who used four different types of cannabis in a random order to vaporize on four different occasions.

Each volunteer was then asked to drive on public highways where they had their control assessed by a present driver who did not inhale any of the cannabis.

The amount of THC inhaled by participants was enough to cause strong feelings of intoxication. 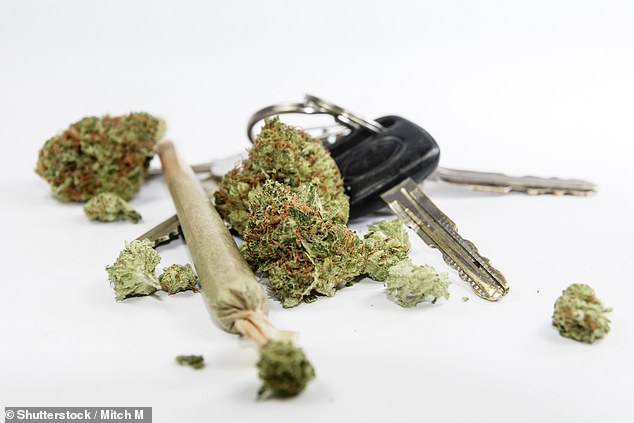 Professor McGregor said: 'With rapidly changing attitudes towards medical and non-medical use of cannabis, driving under the influence of cannabis is emerging as an important and somewhat controversial public health issue.

’While some previous studies have looked at the effects of cannabis on driving, most have focused on smoked cannabis containing only THC (not CBD) and have not precisely quantified the duration of impairment.

’This is the first study to illustrate the lack of CBD effects on driving and to also provide a clear indication of the duration of THC impairment.’

Cannabis oil is currently illegal in the UK

A mother-of-two claimed in February that she has cured her aggressive breast cancer by taking one drop of cannabis oil containing THC every day.

Dee Mani, 44, refused chemotherapy when she was diagnosed with triple negative breast cancer – deemed the deadliest form – and instead opted to try the oil, which is illegal in the UK.

Doctors gave her the all-clear just five months after she opted for the oil.

Despite her claims that it has cured her of cancer, there is no proof cannabis, or any of its compounds, can treat cancer in humans as research showing the drug’s anti-tumour effects have been in petri dishes and on mice.

Dr Kat Arney, formerly from Cancer Research UK, said that while study findings have been promising, cancer patients should not get their hopes up.

She previously said: 'We know that cannabinoids can have a range of different effects on cancer cells grown in the lab and animal tumours.

’But at the moment there isn’t good evidence from clinical trials to prove that they can safely and effectively treat cancer in patients.’

Cannabis oil – which is different to CBD oil because it contains THC, the compound that gives users a 'high’ – is illegal under UK laws.

It influences the release and uptake of ‘feel good’ chemicals such as dopamine and serotonin.

Billy Caldwell, from Castlederg, Northern Ireland, made headlines last April when he became the first Briton to be prescribed it on the NHS.

He was granted permission to use cannabis oil to treat his epilepsy earlier this year.