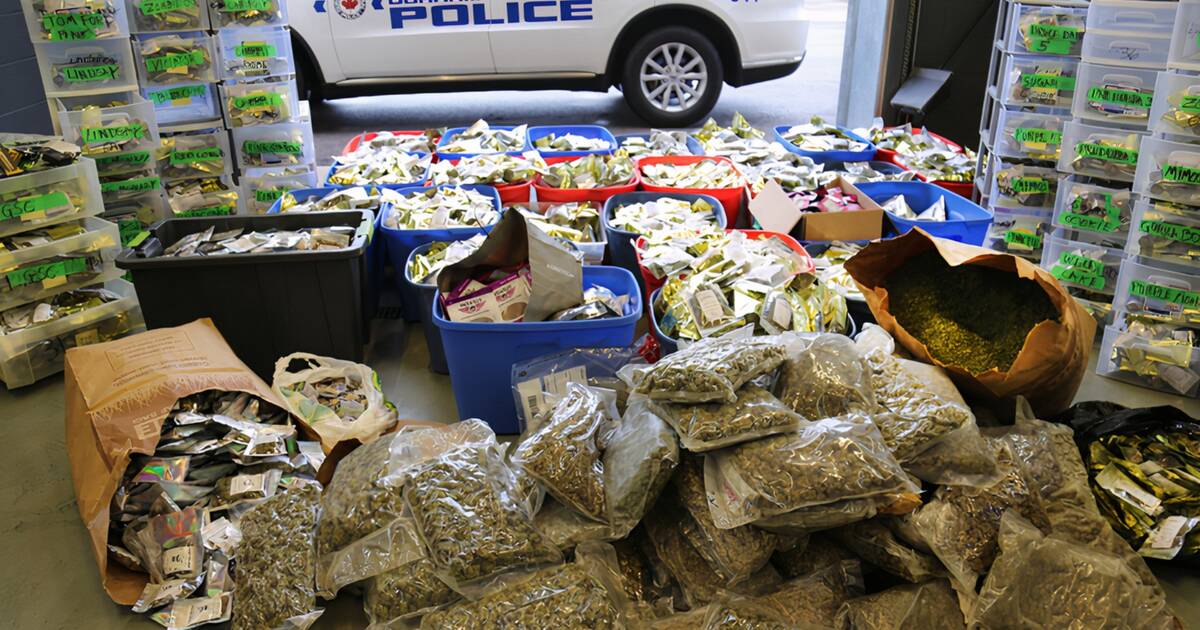 According to the police force, officers were first made aware of possible drug trafficking in mid-September when a resident complained that illegal drugs were being sold to youths in the Bowmanville area.

The East Division Community Response Unit then began an investigation as a result of the complaint, which lasted roughly two months.

After the investigation period, they arrested several suspects and executed two search warrants at two separate residences: one on Clipper Lane in Bowmanville and one on Sidmouth Street in Mississauga.

Along with the seizure of one home and more than $2 million in cannabis and cash, police arrested five suspects and laid multiple charges.

„Members of the East Division Community Response Team would like to thank the community for their ongoing support and partnerships,” reads a news release from the force.

„Anyone with new information about this investigation is asked to contact Sgt. Thomson of the East Division Community Response Unit at 1-888-579-1520 ext.1646.”